The 2022 draft class for the Indianapolis Colts is one that carries immense upside and the opportunity to see several players turn into surprise gems a few years down the line.

Most Colts fans will know the names of the Day 2 picks like wide receiver Alec Pierce and tight end Jelani Woods. Another to keep an eye on will be offensive tackle Bernhard Raimann, who was listed by Bleacher Report as a potential gem in this class.

Having an elite offensive line coach is a wonderful advantage when developing talent. The Indianapolis Colts could have panicked this offseason when veteran Eric Fisher hit free agency, but instead they stayed patient into the third round of the draft. At pick No. 77, the Colts landed their potential left tackle for the present and future in Bernhard Raimann.

The former tight end has only two years of tackle experience, but the Colts will rely on line coach Chris Strausser to get him into starting form. Raimann is a tenacious run-blocker who has great strength and finishing ability. His large 6’6″, 303-pound frame is nimble, making him a premier athlete worth investing in.

That he played at Central Michigan and lacked extensive experience showed in his tape. But with his main competition for the starting job being Matt Pryor, an unproven talent himself, Raimann has a golden opportunity to block Matt Ryan’s blind side. With Strausser, who has helped the development of Quenton Nelson, Ryan Kelly and Braden Smith since taking the job in 2019, it’s fair to expect to see Raimann flourish by the end of his rookie campaign.

Raimann should be competing for the starting role right away even if Matt Pryor has been the one taking the starting reps to begin OTAs. Though the former is relatively new to the position, he appears to be a quick learner.

The former tight end has all of the tools the Colts like to see in their offensive linemen. At this point, it comes down to how quickly he can develop the nuances of playing left tackle. Even if that doesn’t work out, the Colts may even try him out at right guard given his elite movement skills.

The offseason training program has just begun, and there’s a long way to go before the season starts, but Raimann has plenty of upside to be captured if he’s developed correctly.

PFF places Colts in ‘eyes on the playoffs’ tier for 2022 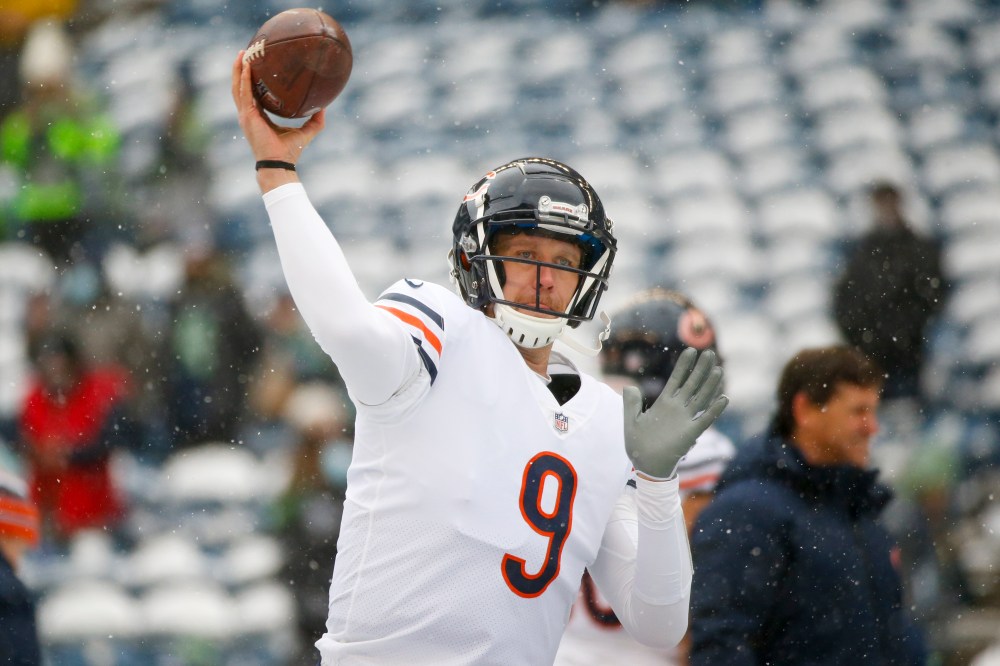