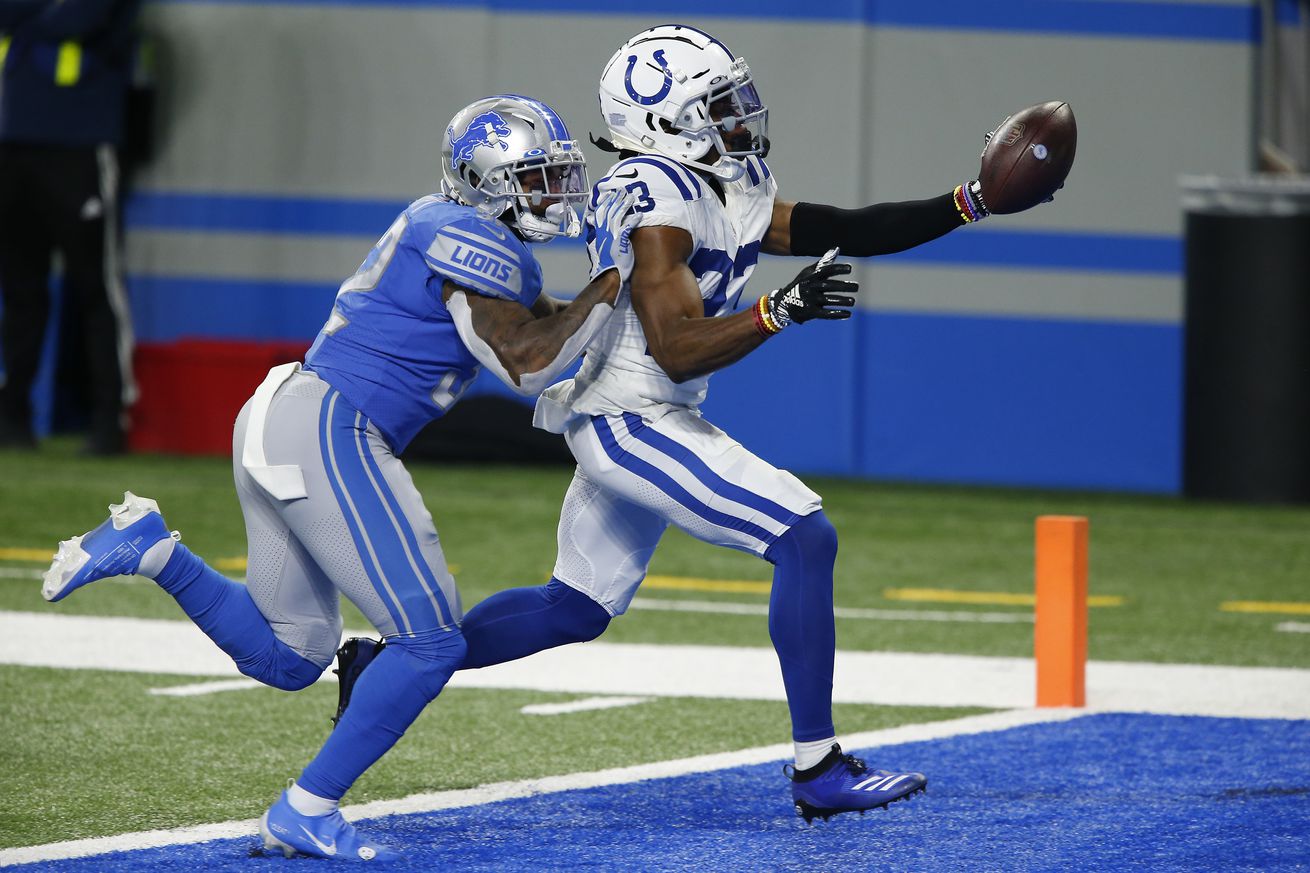 At one time, a 69% Drive Success Rate was considered average, but in this year of elevated offensive production, that stands as a pretty bad number for Detroit. In addition, two of those drives ended with turnovers and 6 opponent points.

That all adds up to another great defensive day for the Colts.

Adjusted points per drive includes the impact of the pick 6 and that vaults the defense up to 6th place on the week (1.17 ppd against). The other primary defensive stats finished similarly: 6th Drive Success Rate against, 5th EPA per play against, 5th total success rate against.

Against the Lions, the Colts held Stafford to negative EPA and the 8th worst EPA efficiency of any QB even though he managed the 3rd most passing yards. That is often the way passing yards works (accumulate them when you trail) and is why no one should use that to measure a QB.

On the ground, other than a 10 yard Stafford scramble, the Lions only gained 19 yards and a single first down. So, it is not difficult to understand that their success rate was the worst on the week. 1.6 yards per carry and a -0.56 epa/c are also both league lows.

On the season, the Colts defense has given up the 2nd least yards per carry and the 7th smallest opponent EPA per carry. Of course, those can be impacted by game script, but a 5th ranked weighted rushing success rate, which adjusts for that, supports their validity.

Solid effort by the defensive unit again. On the year, Football Outsiders ranks them #3 and my numbers agree with that.

Next up is Lamar Jackson and the Baltimore Ravens. Their offense doesn’t put up a lot of points (2.27 adj ppd 19th) and their ability to move the chains isn’t good (25th DSR, 22nd 1st/ply). By DVOA they rank 20th, so our defense should have a good chance to stop them.

Through the air, Lamar Jackson has not been impressive. His 0.06 EPA per dropback ranks 24th. He’s 27th in passing success rate, 24th in first down conversion rate and 23rd in Net Yards per dropback. ESPN gives him a 19th ranking in QBR and Football Outsider’s has him 25th in DYAR.

On the ground however, it is a different story. Jackson is a key part of their run game and actually leads the team in rushing yards. They average 159 non-scramble yards per game and Jackson tacks on another 19 when dodging the pass rush. On the year, they are 1st in yards per carry, 5th in EPA per carry and 6th in weighted rushing success rate. By DVOA they are rank #2.

If the Colts can limit the run game and force Jackson to beat us through the air, we will have a pretty good chance.