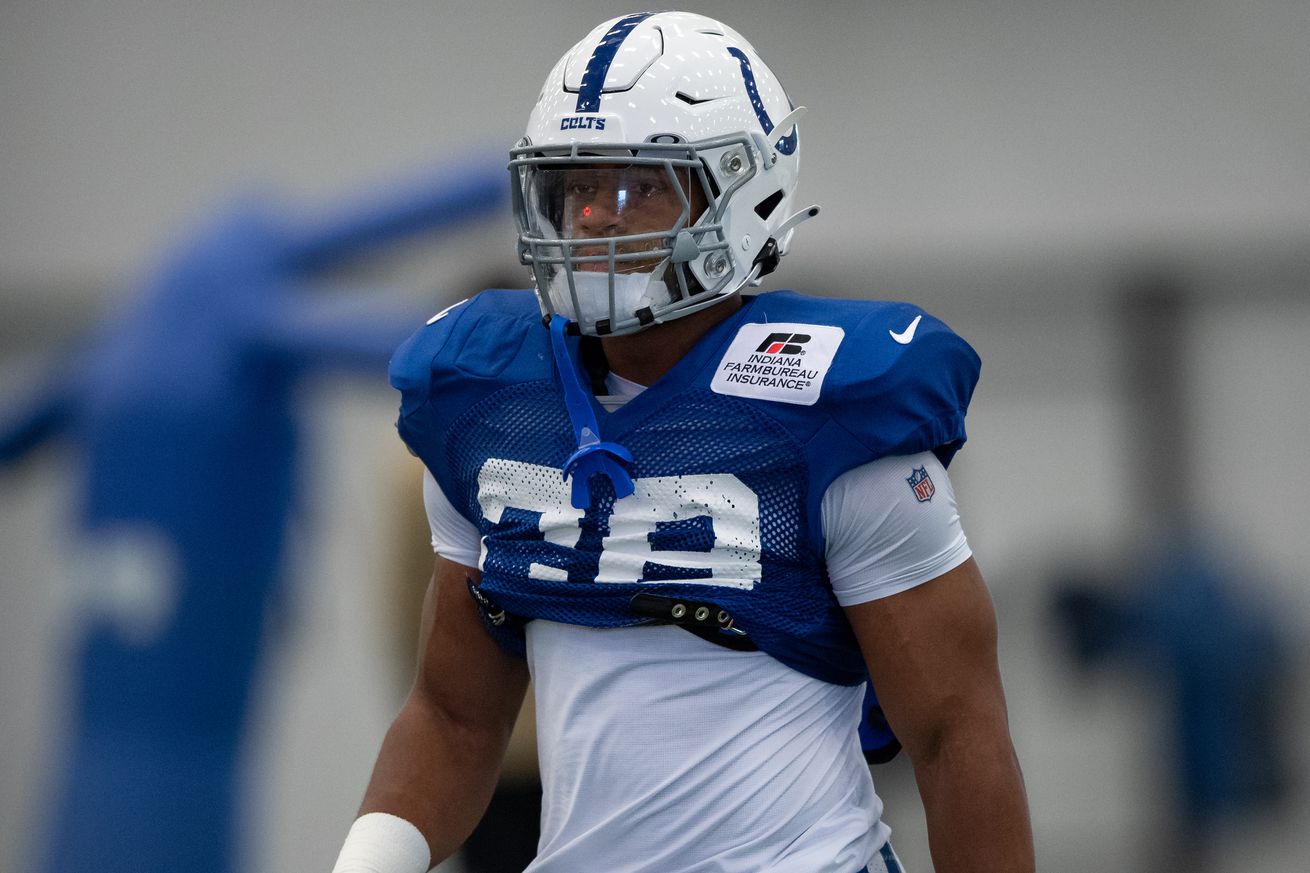 According to ESPN’s Todd McShay (subscription), two Indianapolis Colts rookies: running back Jonathan Taylor and wide receiver Michael Pittman Jr. are listed among his top ten rookies who could make the NFL’s Top 100 players in 2021:

Yes, Marlon Mack is there, and there will be competition for touches. And with Philip Rivers under center, the Colts might favor the passing game a bit more than they did with Jacoby Brissett. But Indianapolis wouldn’t use a second-rounder on Taylor if it didn’t plan on him at least competing for the starting gig, and the Colts’ strong offensive line and more respected passing game only open up opportunities and lanes in the run game. And frankly, Taylor won’t need a ton of carries to put up good numbers in Year 1.

With outstanding vision and 4.39 speed, the former Wisconsin tailback is a true home run hitter who can take a 10-yard run and turn it into a 25-yarder. That alone makes him a better option at running back in this offense than Mack. Taylor isn’t overpowering, but he runs hard and has burst through the hole. The question is whether he can improve his pass protection and hang on to the football.

Think about the receivers who have had success with Philip Rivers — guys like Keenan Allen, Vincent Jackson and Malcom Floyd. The veteran QB loves big receivers who generate late separation, knowing how to use their bodies and timing jumps to get the advantage on defensive backs. When quarterbacks trust a receiver can do that, he will feed them him the ball. The 6-foot-4, 223-pound Pittman doesn’t have tremendous speed, but he’s physical enough to get that late separation. He won’t get pushed around in press, and he can pick up yards after initial contact.

While I’m by no means suggesting Pittman will be putting up similar numbers, the USC product reminds me a bit of how we looked at Michael Thomas when he came out of college. Former Trojans teammate JuJu Smith-Schuster is another one. The elite second gear might not be there, but these guys are sure-handed and know how to adjust their bodies to make tough catches. That will translate to the NFL for Pittman.

Regarding Taylor, the Colts didn’t trade up to select the 5’10”, 226 pound physical beast with the #41 overall pick without the expectation that he’ll be a workhorse at running back in time—perhaps even the franchise’s next great Hall of Fame rusher.

While Taylor is expected to share at least some of the between-the-tackles workload with projected starter, Marlon Mack (last year’s 1,000 yard rusher for the Colts), it wouldn’t be surprising if the bruising back—with a blistering fast second gear, eventually wins the starting job—becoming the more featured back of the two as the season progresses.

Meanwhile, Pittman Jr. is the type of big bodied, downfield threat and possession wideout that should really thrive with veteran gunslinger Philip Rivers—as he can go up, highpoint, and win 50-50 jumpballs—with his ‘above the rim’ receiving style.

The 6’4”, 223 pound wideout moves well for his sheer size, has the sure hands, body control, and nuanced route running to really thrive in Indy as a natural ‘X’ wideout working primarily along the perimeter in the Colts offense.

Even as a rookie, Pittman Jr. already seems very polished and should be poised for a prominent receiving role—if not a starting one from the get-go.

Maybe in 2021, Taylor and Pittman Jr. could soon join their talented trio of Colts teammates.