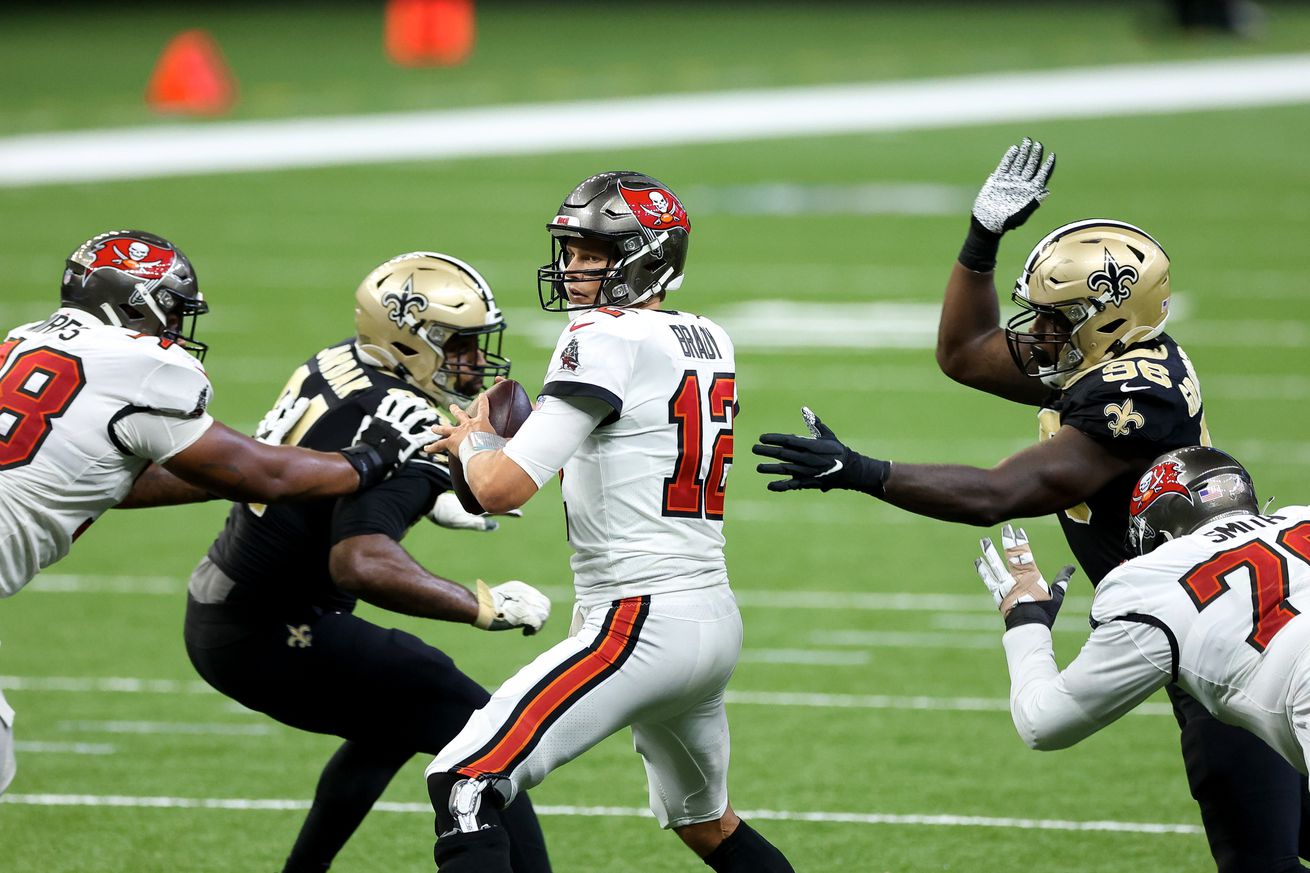 The NFL is back to provide us a distraction from the ongoing vote count across the country, as Thursday Night Football kicks off Week 9 in an NFC Championship rematch between the heavily injured San Fransisco 49ers and the Green Bay Packers.

Sunday’s slate is like a kid’s pillowcase on Halloween — a mixed bag. If you can put up with Jaguars vs. Titans and Giants vs. Football Team, you’ll be rewarded with Seahawks vs. Bills and Ravens vs. Colts. There are some absolute stinkers on the board, none more terrifying than the unbeaten Pittsburgh Steelers taking on a Dallas Cowboys team starting their fourth different quarterback in just as many weeks.

After making us sit through the Cowboys and Eagles last week, Sunday Night Football is a doozy this time around in a Week 1, NFC South rematch between the Tampa Bay Buccaneers and the New Orleans Saints.

Both teams appear vastly different since they first saw each other, with Tampa looking like one of the more complete rosters in football. They are are also expecting talented, but troubled, wide receiver Antonio Brown to make his debut in primetime fashion. The Saints, on the other hand, have appeared a little bit off defensively since their Week 1 matchup, allowing just over 28 points per game — 10th worst in the NFL. This matchup is pivotal for the divisional race, with both teams trying to earn home-field advantage this postseason.

As I said earlier, this week is a mixed bag. While we’ll certainly enjoy watching Drew Brees and Tom Brady square off on Sunday, we’ll have to sit through the winless Jets and the hopeless Patriots face off on Monday Night Football. Bill Belichick has owned the Jets ever since abruptly leaving them to coach in New England, but Adam Gase needs to start picking up wins if he ever wants to be considered for a head-coaching job again in his professional career.

Let’s take a peek at the tiers of intrigue for Week 9, get an updated look at the year-long standing and see how the Stampede Blue staff foresees the next few days playing out.