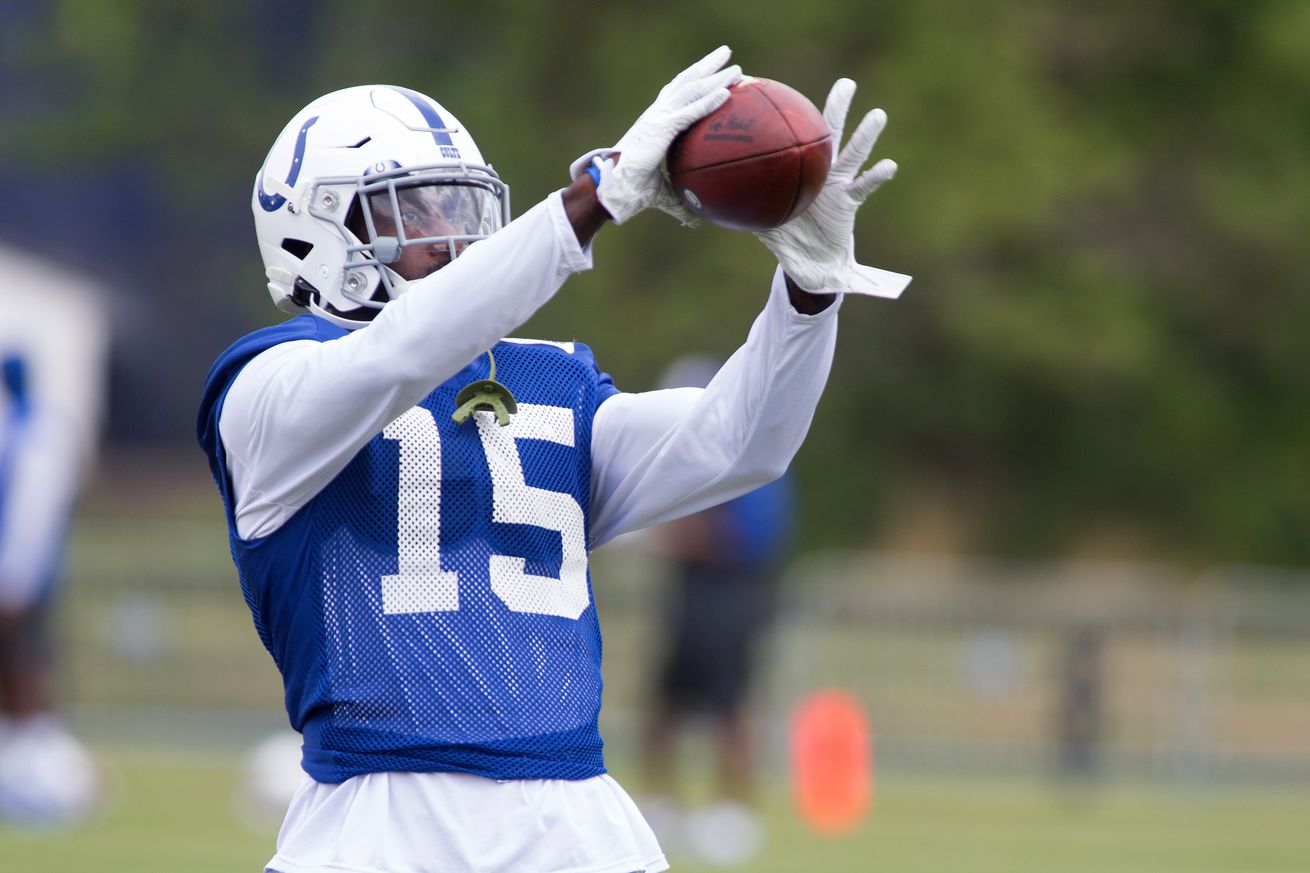 With the caveat that training camp is decidedly not real football, one exciting development that has come early on in camp this year is that of second year wide receiver Parris Campbell. A 2019 second round pick, Campbell struggled through a season littered with injuries, flashes of real talent, and rookie mistakes.

Perhaps no play better sums up Campbell’s rookie year than his 27-yard catch against the Steelers that looked primed to go all the way for a score… until he tripped and then fumbled the ball out of bounds.

2020 has the opportunity to be a fresh start for the talented player, and he seems primed to take advantage of it.

Frank Reich had this to say about Campbell’s progression in his second season:

“Yeah, I think as much in Parris’ (Campbell) particular situation, I think mentally Parris is a really smart guy. But as I said before even with Pitt (Michael Pittman), there is always an adjustment for receivers just because there is a lot going on in the offense and a lot that you are responsible to know. We have high expectations there. That is why we always try to draft smart guys, of which Parris is one of those, but I just think that he just has complete command. You see the confidence breaking the huddle. You can see the rookie receivers breaking the huddle thinking, ‘OK, what do I got? Where is my alignment?’ To Parris, that is all automatic and that just allows his physical gifts to come forward, which obviously we all know he has many of those. I just think you’re seeing that in his play. He just looks very confident.”

For Campbell’s part, it wasn’t just about the mental side of the game. He acknowledged the struggle to stay healthy in 2019 and his offseason approach to making sure he can do so in 2020:

“This offseason I really challenged myself to just come back in the best shape of my life. Mentally and physically, I feel like I’ve done that. That’s just allowed me to play freely on the field. I’m comfortable. I’m just glad to be finally healthy.”

With a quarterback in Philip Rivers who is sure to distribute the ball around to all his various weapons, Campbell should get the ball in his hands frequently this season. He has the kind of speed that challenges defenses, and he’s brought a fire with him to camp this season that we didn’t get to see much of in 2019.

Anthony Walker talked about a bit of a dustup in practice between Campbell, Darius Leonard, and himself that was indicative of some of that fire:

“Yeah, I think you want to make sure that it doesn’t escalate more than what it did today. It was fun to see the guys. I knew it was going to start getting heated when Nyheim (Hines) made a cut back and cut across the field and Darius (Leonard) – I knew Darius, I knew his whole mood was about to change. Then there was a play with me, him and Parris (Campbell), and Parris kind of scrapped both us up and he could only go outside and I was like, ‘Yeah, bad decision on his part.’ (He) ran right into the angry Maniac at that point, but it was good, great competition (and) guys just getting after it. You need physical practices, especially right now. This is all we get. No preseason games, so guys just trying to get into game flow right now, but you definitely don’t want to make the Maniac upset and he kind of got everything going today.”

For a guy who struggled as a rookie, hearing that he is coming into camp in great shape, with a great grasp of the offense, and with a bit of an edge is exactly what is needed. This team needs receivers to step up and fill the gaps around the aging T.Y. Hilton to help provide a more versatile and effective passing attack.

As a potential YAC monster, this is a year for Campbell to prove he can be a major asset to the team. If the start of camp is any indicator at all, 2020 could be a very exciting year for him.