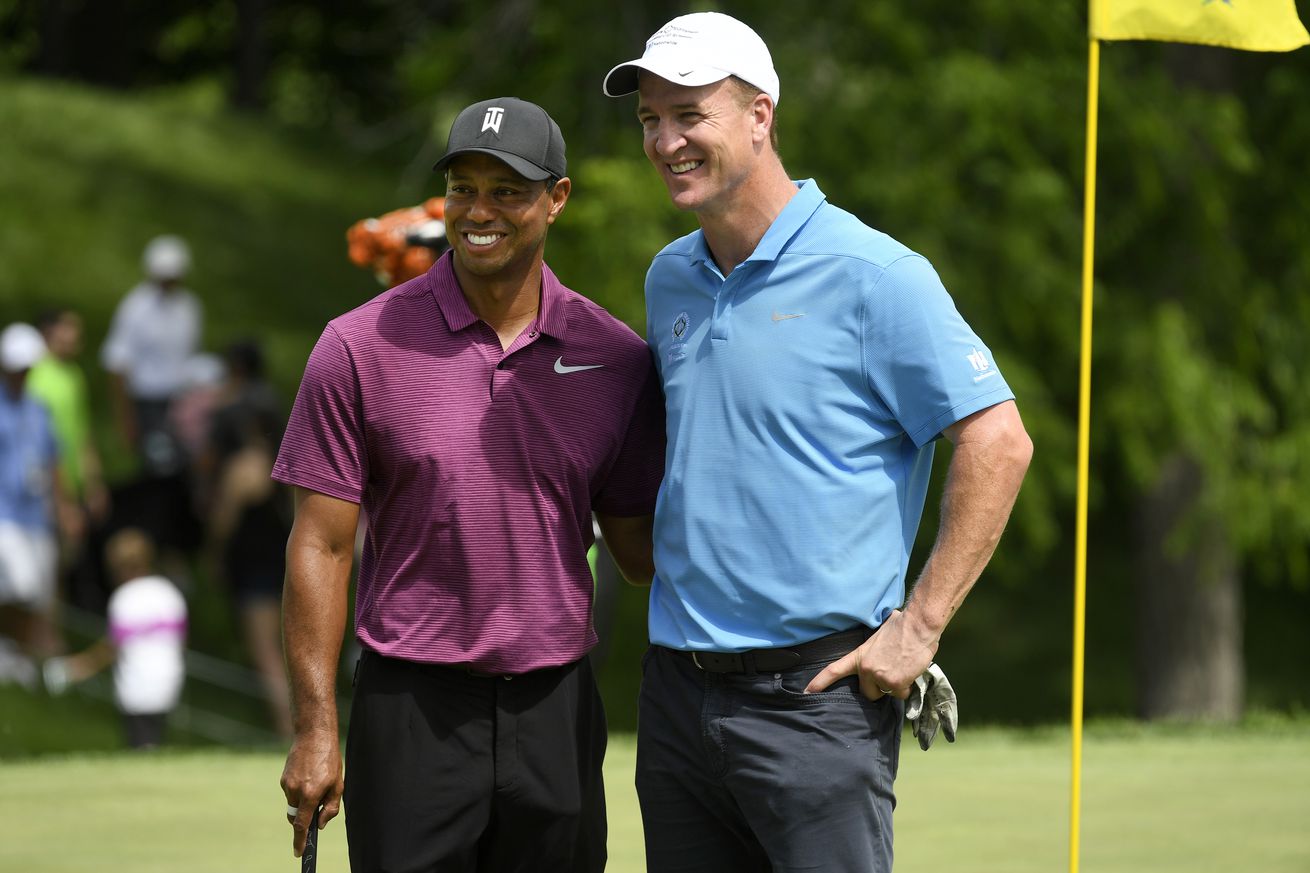 According to a CNBC report, legendary quarterbacks Peyton Manning and Tom Brady will square off once again—only this time it’ll take place on the friendly greens of a golf course.

Manning will team up with golfing superstar Tiger Woods, while Brady will join forces with golfing great Phil Mickelson in a publicly televised golf outing for Coronavirus relief.

It won’t be quite say Karl Malone and Diamond Dallas Page banding together to take on Hollywood ‘Hulk’ Hogan and Dennis Rodman at a WCW ‘Bash at the Beach’ pay-per-view in July of 1998—but it may come close.

The golf match has been organized by AT&T Warner’s Media and the PGA Tour and is scheduled to happen some time in May. It’s expected to be televised on a Turner affiliate with former NBA star, turned NBA on TNT analyst Charles Barkley commentating among other analysts.

The relief outing would be closed to the public and would maintain social distancing standards between golf partners, but it would be one of the rare sporting events still running during the pandemic—giving golf additional worldwide exposure (and for some, a much needed getaway—at least for a bit).

“The Match: Tiger vs. Phil” occurred on November 23, 2018, between Tiger and Phil at Shadow Creek Golf Course in Las Vegas, Nevada. Mickelson took home the $9 million, besting Woods in 22 holes (including 4 playoff holes).

Of course, Manning and Woods have already played a lot of pro-ams grouped together—including in 2018 and 2019 at Muirfield Village. They also previously played at the pro-am in 2005 at Bay Hill ahead of the Arnold Palmer Invitational and in 2009 at the Quail Hollow Championship.

Here’s what the two sports icons have said about playing 18 holes with one another through the years and their ongoing admiration—as ‘greatness respects greatness’:

“He just gave me crap the entire time,” said Woods via Steve DiMeglio at GolfWeek (Knox News). “Which is par for the course. It’s what we do. We give each other a pretty good needle.”

“Look, to go behind the ropes and to play with this guy on this course and see Jack Nicklaus at the turn, anybody that loves golf, it’s a real thrill,” said Manning. “I’ve played a lot of golf with Tiger all the way through the years. It doesn’t really amaze me much anymore. I’ve seen so many incredible things that you kind of come to expect it. When he makes a par, it’s kind of like you’re surprised.”

“He’s gotten so much better,” Woods said regarding Manning’s budding golf game. “When we first played, he was just kind of starting out in the game. But now that he’s retired he can play a lot more golf. That’s been pretty cool for me to be able to play with him throughout the years. To know what he’s gone through and see him get ready for the season and what he’s been able to accomplish after all those surgeries, to walk around greatness like this, it’s always fun.”

His legendary football rival, Brady, recently ‘took a Twitter shot’ at Manning’s superior golf game—brought on by his ‘early retirement’ in a historic career that still lasted 18 NFL seasons (Tom, not all quarterbacks can or want to play until they’re 45 years old after all):

Not true. Peyton is the better golfer right now. He’s had much more practice these past few years. https://t.co/etoGOmd0c0

For what it’s worth, Brady went 11-6 against Manning lifetime on the football field, but it was the former Colts future Hall of Fame quarterback who may have gotten the last laugh—winning their last two matchups in the AFC Championship Games in 2013 and 2015 (and was also 3-1 lifetime against Brady in AFC Title games; 3-2 in overall career playoff record).