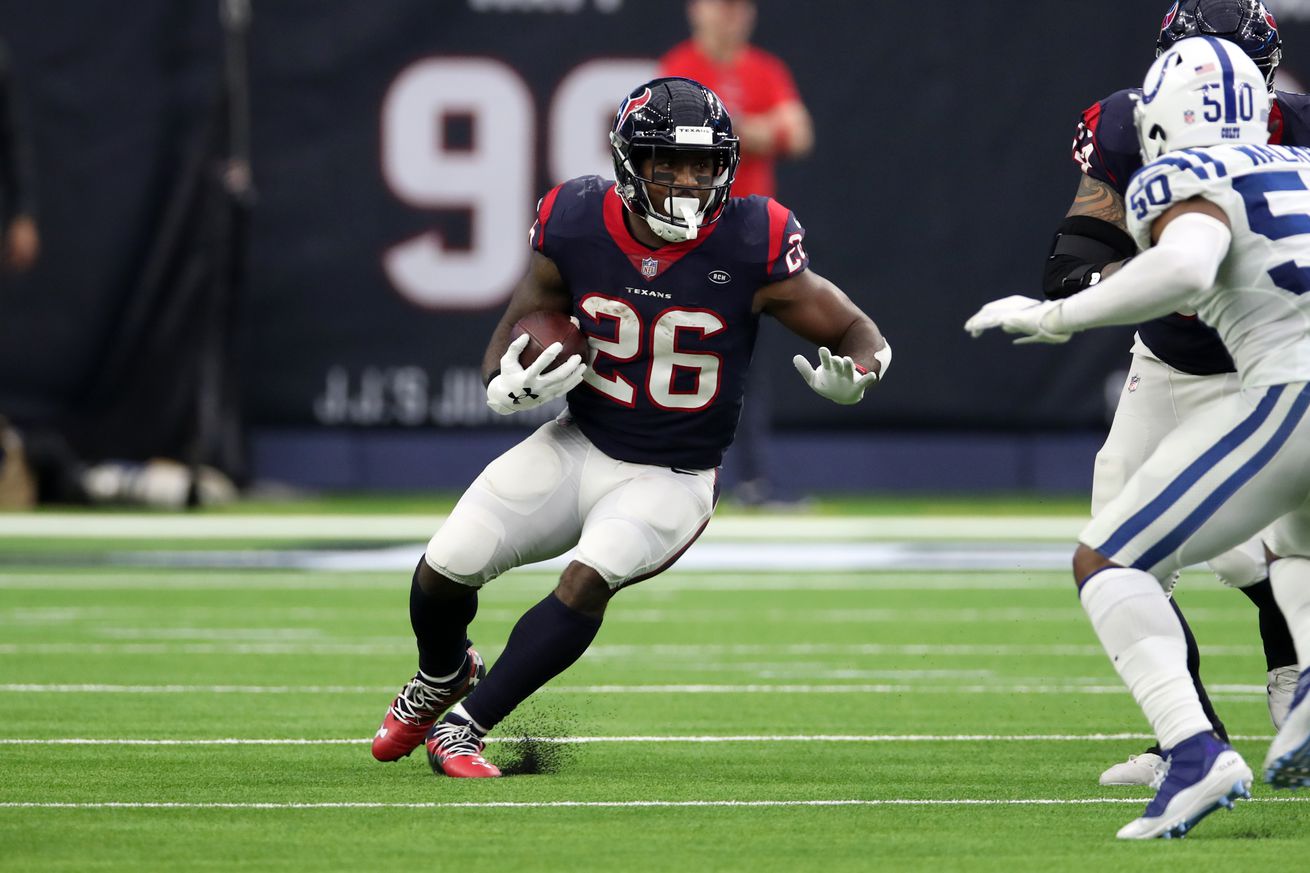 The biggest name on this list is obviously Miller, who was a 2012 4th round pick of the Miami Dolphins, and spent the last four seasons as the starter for the Houston Texans—becoming a 2018 Pro Bowler for the Colts’ AFC South rival.

However, the veteran tore his ACL just ahead of the 2019 season and missed the entirety of last season, then signed with the New England Patriots this offseason (and ended up on PUP)—before being recently waived.

At age 29 years old and coming off a significant knee injury, it’s unclear how much the veteran back still has left in the tank—and how healthy he really is.

He was with the Colts this offseason before being waived in early August—so he should already know the team’s offensive playbook and system.

Lastly, LeMay is a 5’9”, 215 pound undrafted rookie from UNC Charlotte, who was signed by the Cleveland Browns in April but was part of their final 53-man roster cuts, ended up on their practice squad, but was also recently released.

He’s regarded as a tough runner between the tackles—with balance and cutting, but may lack top shelf explosiveness—and may be best suited as a backup rotational rusher.

It’s an interesting trio of running backs for the Colts, as they perform their due diligence on potentially adding depth to the team’s suddenly depleted backfield.