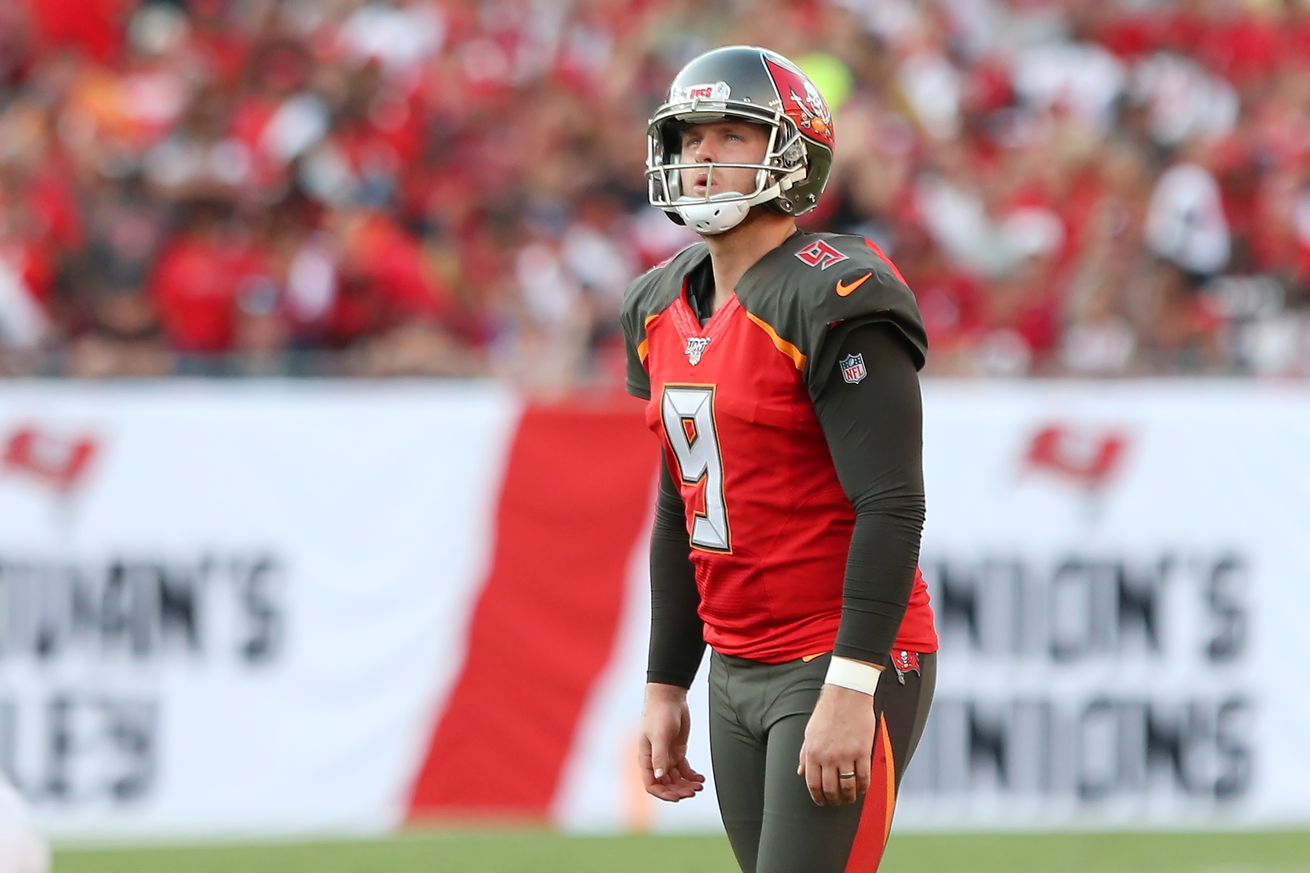 Free agent kicker Matt Gay’s workout with the Colts is tomorrow, I’m told. I keep forgetting that guys have to get through COVID testing before trying out.

It comes after newly appointed starting undrafted rookie kicker Rodrigo ‘Hot Rod’ Blankenship had an up-and-down NFL debut—missing an easy 30 yard field goal, but finished 2 for 3 on the day (including a long of 38 yards) and a perfect 2 for 2 on extra point attempts.

Gay was a 2019 5th round pick of the Bucs, who like Blankenship, was a former Lou Groza Award recipient (given annually to the nation’s top collegiate kicker).

He made 27 of 35 field goal attempts (77.1%) for Tampa Bay last season and was 43 for 48 (89.6%) in his extra point attempts. However, he was recently waived after the Bucs signed veteran kicker Ryan Succop.

It’s worth noting that Blankenship’s offseason competition for the Colts was PK Chase McLaughlin, who is currently a protected player on the Minnesota Vikings practice squad—and therefore, not a viable potential replacement option at this time.

The Colts working out Gay doesn’t necessarily mean that Blankenship is on the imminent chopping block by any means, but ‘Hot Rod’ could eventually find himself on the ‘hot seat’ if he misses more easy kicks like the chip shot he shanked off the upright on Sunday.

If nothing else, the Colts are kicking the tires on down the road options—should Blankenship prove to be continually unreliable, inconsistent, or injured.

With the Colts moving on from longtime veteran Adam Vinatieri, Indianapolis is at a very unfamiliar place with their current kicking game.

The Colts elected to go with an offseason battle of McLaughlin vs. Blankenship—while other proven veteran kickers such as Greg Zuerlein and Stephen Gostkowksi remained available.