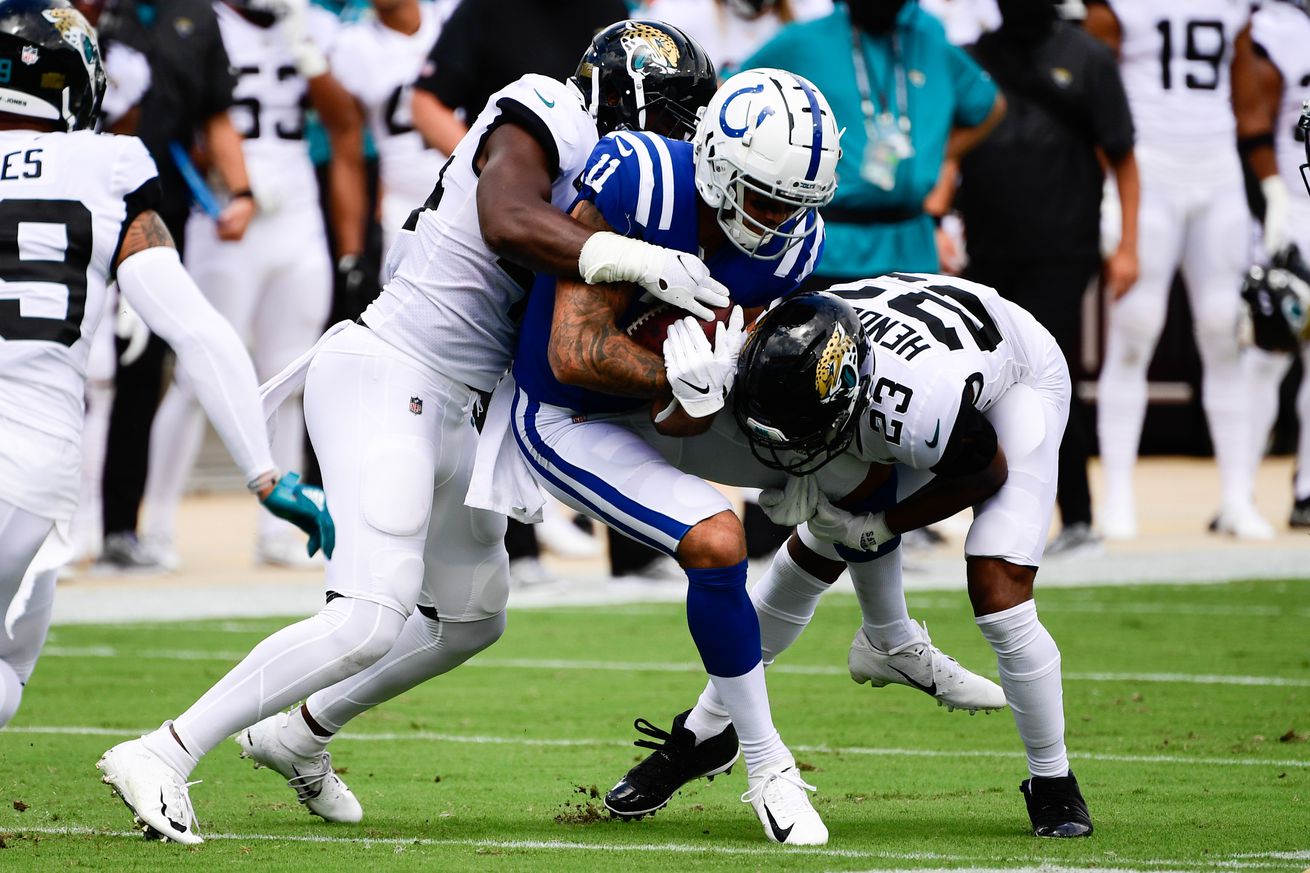 Colts’ WR Zach Pascal, listed as questionable with an ankle injury, is expected to play against the Vikings while Colts’ WR Michael Pittman is unlikely to play against Minnesota due to a toe injury, per source.

The rookie wideout had “a little incident” in practice earlier this week where he suffered the lingering toe injury.

Pittman Jr. had 2 receptions for 10 receiving yards (5.0 ypr. avg.) on 2 targets in his debut last weekend.

However, the Colts did receive some good news as Zach Pascal (ankle) is expected to play today and should assume the starting job on the outside on the other side of T.Y. Hilton—with 2nd-year wideout Parris Campbell manning the slot.

The Colts wide receivers will be facing a Minnesota Vikings secondary that allowed 364.0 passing yards (2nd most in the NFL) and 4 passing touchdowns last weekend to superstar quarterback Aaron Rodgers and the Green Bay Packers’ prolific air game.

Expect either rookie Dezmon Patmon or recently promoted wideout Daurice Fountain to be active in Pittman’s absence on Sunday.