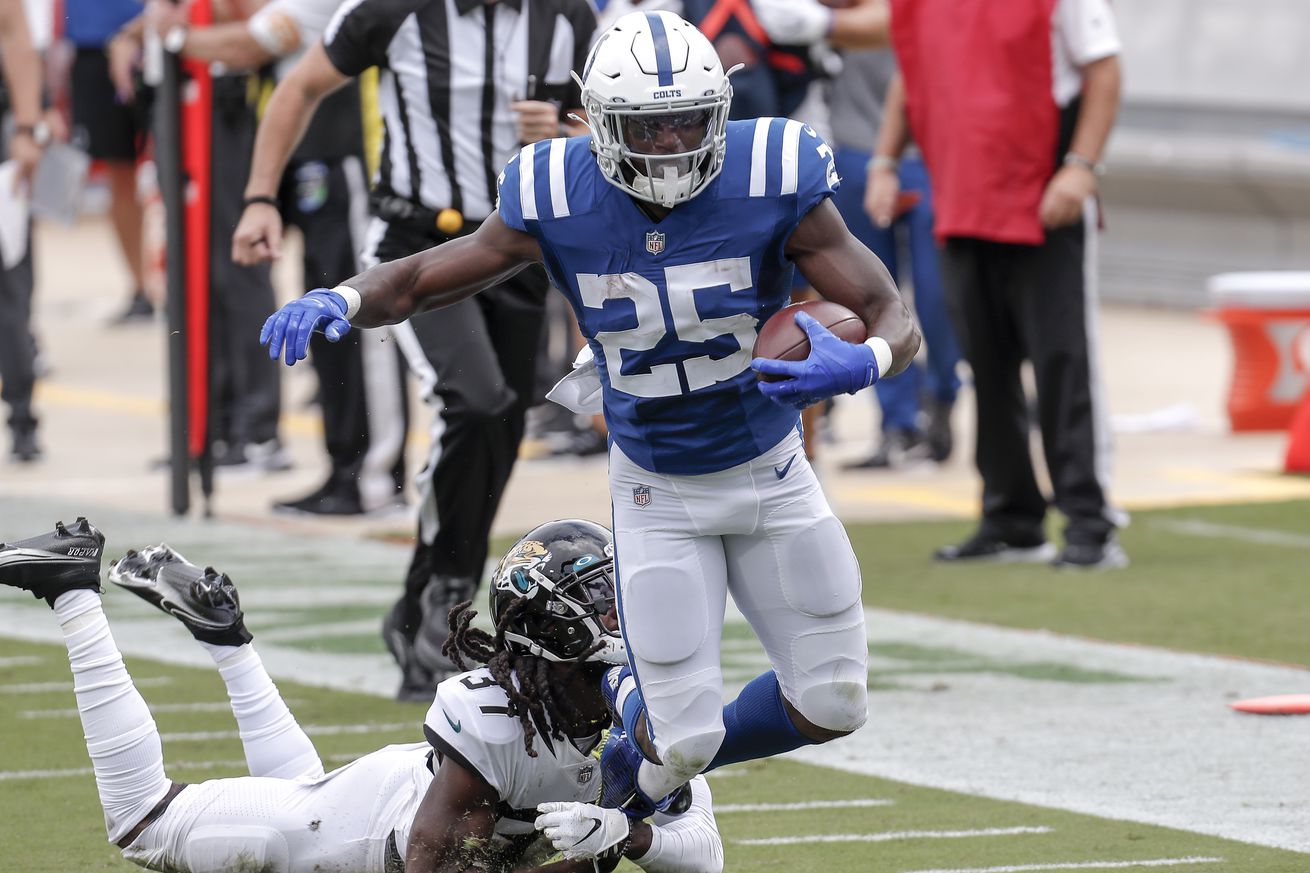 According to NFL Network’s Tom Pelissero, Indianapolis Colts running back Marlon Mack suffered a torn Achilles in Sunday’s loss to the Jacksonville Jaguars following an MRI and will presumably miss the remainder of the 2020 season:

Obviously, it’s a significant blow to the Colts backfield, as Mack rushed for over 1,000 yards last season, and Indy’s Week 1 starter was expected to carry a heavy between-the-tackles workload along with highly touted rookie rusher Jonathan Taylor this season.

Even worse for Mack, he just entered a contract year with the Colts and faces a lengthy rehabilitation from a severe, sometimes explosion sapping ankle injury.

In Mack’s absence, Taylor will assume the Colts featured bellow role, but scatback Nyheim Hines should also see an increased workload as well—and not just in the passing game, especially if this past Sunday’s game was any clear indication.

Additionally, 4th-string, 3rd-year running back Jordan Wilkins probably sees some limited reps as a change-of-pace back now—a backup role he was highly effective in last season.

While the Colts are in better shape than most NFL teams would be in the wake of Mack’s injury given Taylor and their overall backfield depth, it’s still not an ideal development.

The big bodied rookie Taylor had a shot to win the starting job from Mack as the season progressed outright, but the two were expected to work in tandem together as a “1-2 punch”—and push each other to be their best.

Now the primary between-the-tackles reps are solely Taylor’s to lose, but it’s not the situation that Colts fans had hoped for or envisioned—as Mack was still expected to be a major contributor in their backfield this season regardless by keeping both backs fresh down the stretch of the 2020 season and as part of a heavy utilized ‘meat and potatoes’ power run game.