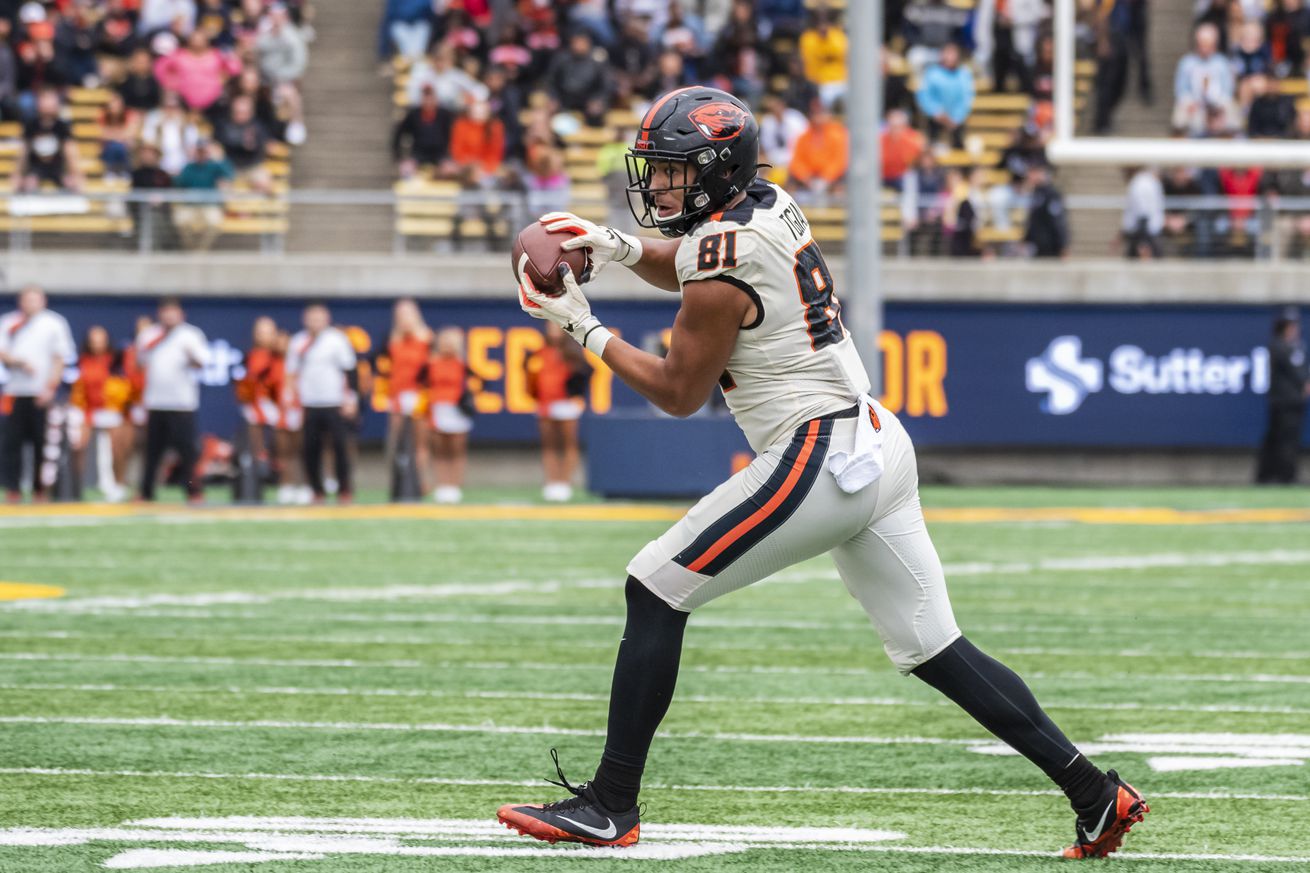 According to NFL Insider Adam Caplan, the Indianapolis Colts have claimed former Philadelphia Eagles tight end Noah Togiai off of waivers on Sunday:

#Eagles were targeting to sign later to 53 if he cleared waivers. He was one of the biggest surprises of their training camp. https://t.co/xZeSjEuVnz

The 6’4”, 247 pound tight end was signed by the Eagles as an undrafted free agent out of Oregon State following the 2020 NFL Draft.

As a redshirt senior for the Beavers, he caught 44 receptions for 406 receiving yards (9.2 ypr. avg.) and 3 touchdown receptions during 12 starts in 2019—earning All-Pac 12 honorable mention and was on the 2019 John Mackey Award Watch List.

Togiai had a strong training camp for the Eagles, and it appears as though the team was hoping he would go unclaimed to ultimately stash him on their practice squad:

Noah Togiai was claimed by the Indianapolis Colts. Togiai had 16 catches and 2 TDs in training camp. #Eagles now stuck with only 2 TEs on the roster and (presumably) in need of a 3rd.

He looks like a pretty good athlete for the tight end position and could be a nice receiving threat for the Colts in time:

Of course, the Colts were in real need of another healthy tight end on their 53-man roster—as the team was initially just carrying Jack Doyle and Mo Alie-Cox—with Trey Burton expected to miss the first few weeks of the season with a calf injury.