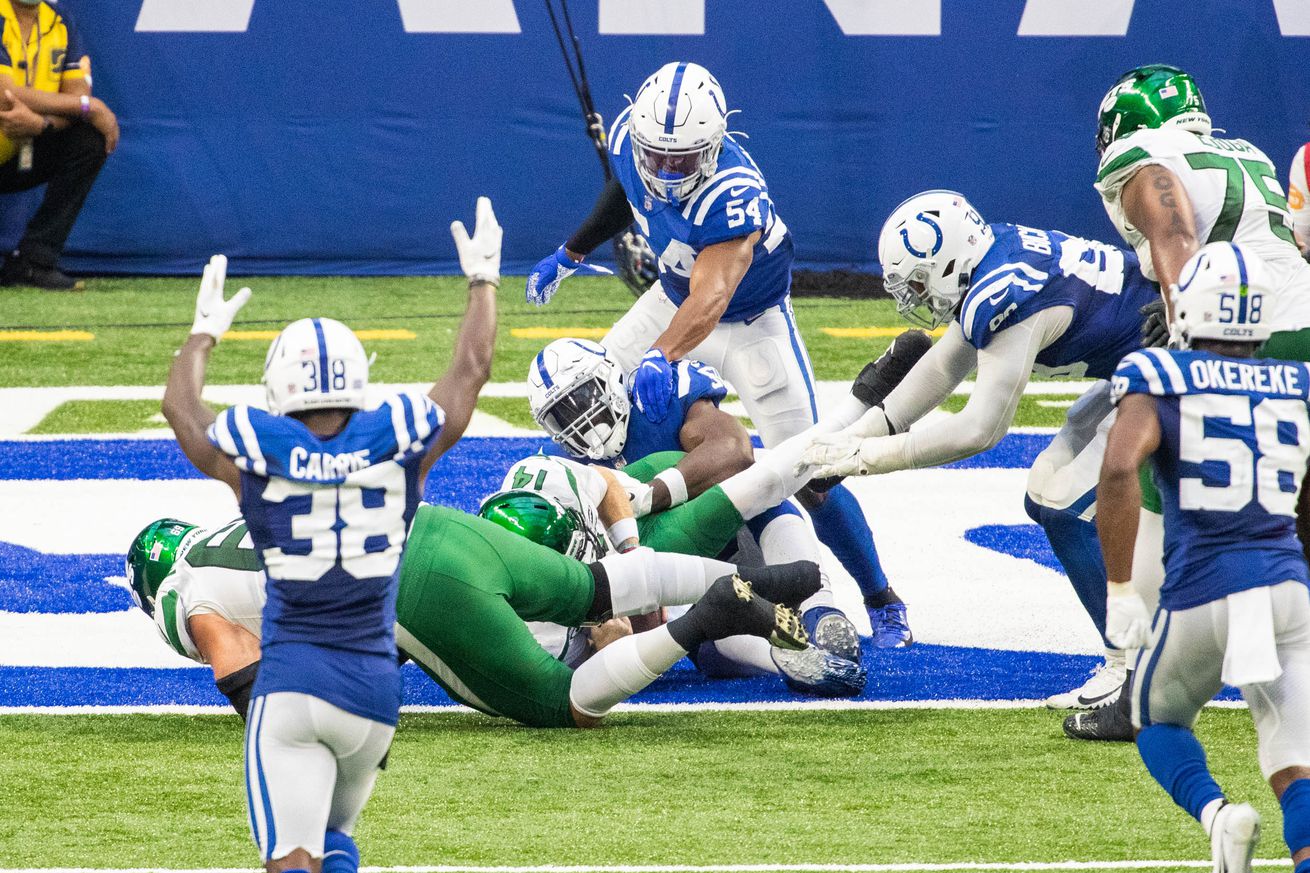 For the second consecutive week, the Colts have collected a rather comfortable win. This time against the Jets in a 36-7 victory.

Before the game, I offered a player on both offense and defense who I thought would be integral to the Colts success on Sunday. You can see that article linked here.

Let’s take a look at how my key players performed:

Hilton struggled in the first two weeks of the season, and was looking for a bounce-back game. While he is still working on catching his first touchdown pass of the season, Hilton was a perfect 3 for 3 on targets, with 52 receiving yards on Sunday.

For the first time this year, Hilton led the Colts in receiving yards which is normally something to expect every single game. He was looking a little more like himself on Sunday, and found ways to be a playmaker.

This was an important game to get the ball rolling again for Hilton. With a string of winnable games coming up, the Colts will need him to continue producing for the offense.

Hilton only saw 31 of the Colts 60 offensive snaps on Sunday, but many of those came in part because Frank Reich made the decision to pull some of the starters off the field for much of the 4th quarter. The Colts were winning by so much at that point there was no reason to risk injuries for some of the starting players.

It was another outstanding performance by the Colts defense this week. Three interceptions, two of which were returned for a pick-six, two sacks, and a safety. A total of 16 points scored by the defense on Sunday.

Justin Houston, in particular, was the guy who recorded the sack on Sam Darnold in the endzone for the safety. The Colts have now recorded a safety in back to back games this season.

That’s now 16 points for the defense if you are keeping track at home.

That was just about it for Houston on the stat sheet, but he made his presence known with pressure on various plays throughout the game.

The Colts now have a total of 6 turnovers on the season going towards their season goal of 40 turnovers. It seems like a stretch, but if the defense continues to dominate like this, nothing is out of reach.