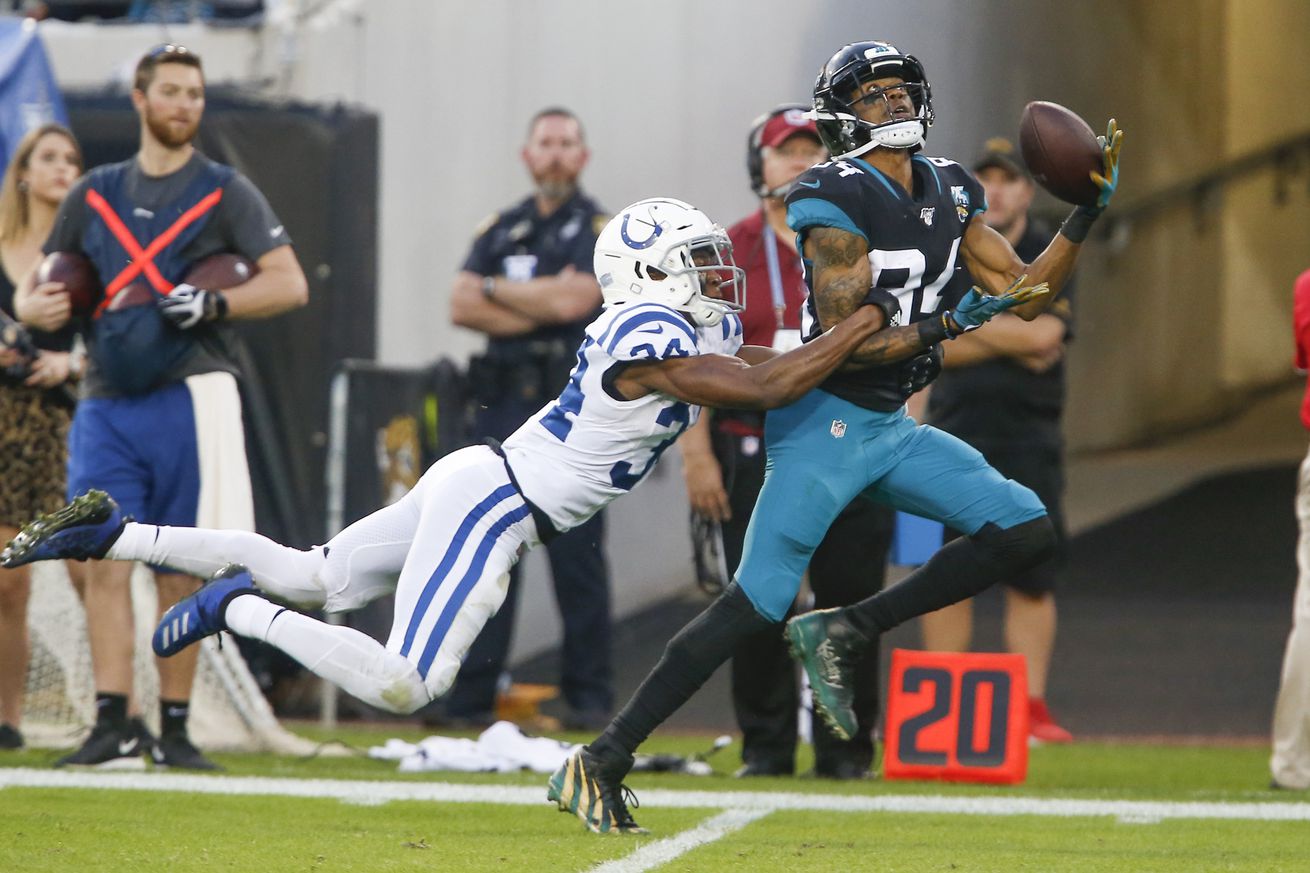 The streak continues for at least one more year: The Colts have lost to the Jaguars in Jacksonville for the seventh consecutive season.

I was wrong. You were wrong. Every analyst was wrong.

It’s yet another disappointing start for the Colts, who haven’t won a week 1 game since 2013.

Before Sunday’s game, I wrote a piece about one player on offense and one player on defense who I thought would be imperative to the Colts success on Sunday. To jog your memory, you can find that article here.

The Colts blew this game big time, and the things I was most worried about appeared to be only part of a heaping pile of garbage football, with only a few bright spots in between. According to ESPN’s win probability, the Colts had a 90% chance to win the game right before they elected to go for it on 4th down inside the Jaguar’s 5 yard line. I didn’t hate going for it, but I certainly didn’t love the play call itself.

Regardless, let’s take a look at how my two key players performed this week.

I picked Pascal because I wasn’t worried about the run game, and I was unsure about the confidence Philip Rivers would have in his receivers. Pascal had a big season last year, and really took over after T.Y. Hilton went down with an injury. The Colts needed a receiver to step up against the Jaguars and give their defense someone other than Hilton to worry about.

Little did I know, that guy was going to be Parris Campbell and not Zach Pascal.

Pascal wasn’t completely silent in the game, he did have 2 receptions for 18 yards, but got a little dinged up after blocking during a kickoff and walked gingerly to the sideline.

Campbell, on the other hand, was clearly Rivers’ favorite target in this game. Before Sunday, Campbell had played in just 7 career games with 18 receptions and 127 receiving yards. On Sunday alone, Campbell had 71 yards on 6 receptions and ended up being the Colts’ leading receiver. Based on this game, I expect that trend to continue throughout the season.

It was also very promising that Rivers completed 20 passes to 8 different receivers in the first half of the game alone. He has options, and he utilized them pretty well on Sunday. I look forward to watching him continue to spread the ball around. We just have to hope he can start limiting the interceptions.

I would continue to look out for Pascal in future games, but it appears as though Campbell will be the number 2 guy for a while now. Certainly one of the few bright spots that I mentioned earlier.

I had two main reasons behind picking Ya-Sin this week. The first was because the Colts defensive line has upgraded from last season and was set to go up against unknown running backs. The second, Ya-Sin is only in his sophomore season while taking on a big role in the Colts’ secondary.

Ya-Sin’s performance was extremely underwhelming compared to all the hype he was receiving during the preseason. I would also like to note that no one in the secondary looked good at all. Somehow Gardner Minshew II managed 19 completions on just 20 passing attempts and 3 touchdowns. Yikes.

Jaguars’ QB Gardner Minshew is the first player to ever throw at least three TD passes and complete at least 95.0 percent of his passes on Kickoff Weekend. In his last two games against the Colts, Minshew has completed 46 of 59 passes for 468 yards, six TDs and one INT.

Everyone in the secondary looked like a deer in headlights, and I even saw Ya-Sin trying to direct coverage assignments in the middle of the play a couple times. I was right that in order for the Colts to win, Ya-Sin needed to step up and ball out, but there was so much more to it than just his game.

The Colts defensive line made an undrafted rookie running back, James Robinson, look like a veteran. He was out there running all over the field and even hurdled over Khari Willis and through the arms of Anthony Walker. Unreal and unacceptable.

This defensive performance was embarrassing for a team that has high hopes for the playoffs and a regular season goal of 40 plus turnovers. If they keep this up, we are in for a long season. With the home opener against the Vikings next Sunday, we’ll see what adjustments Frank Reich and Matt Eberflus can make this week.

Fingers crossed for a better performance.