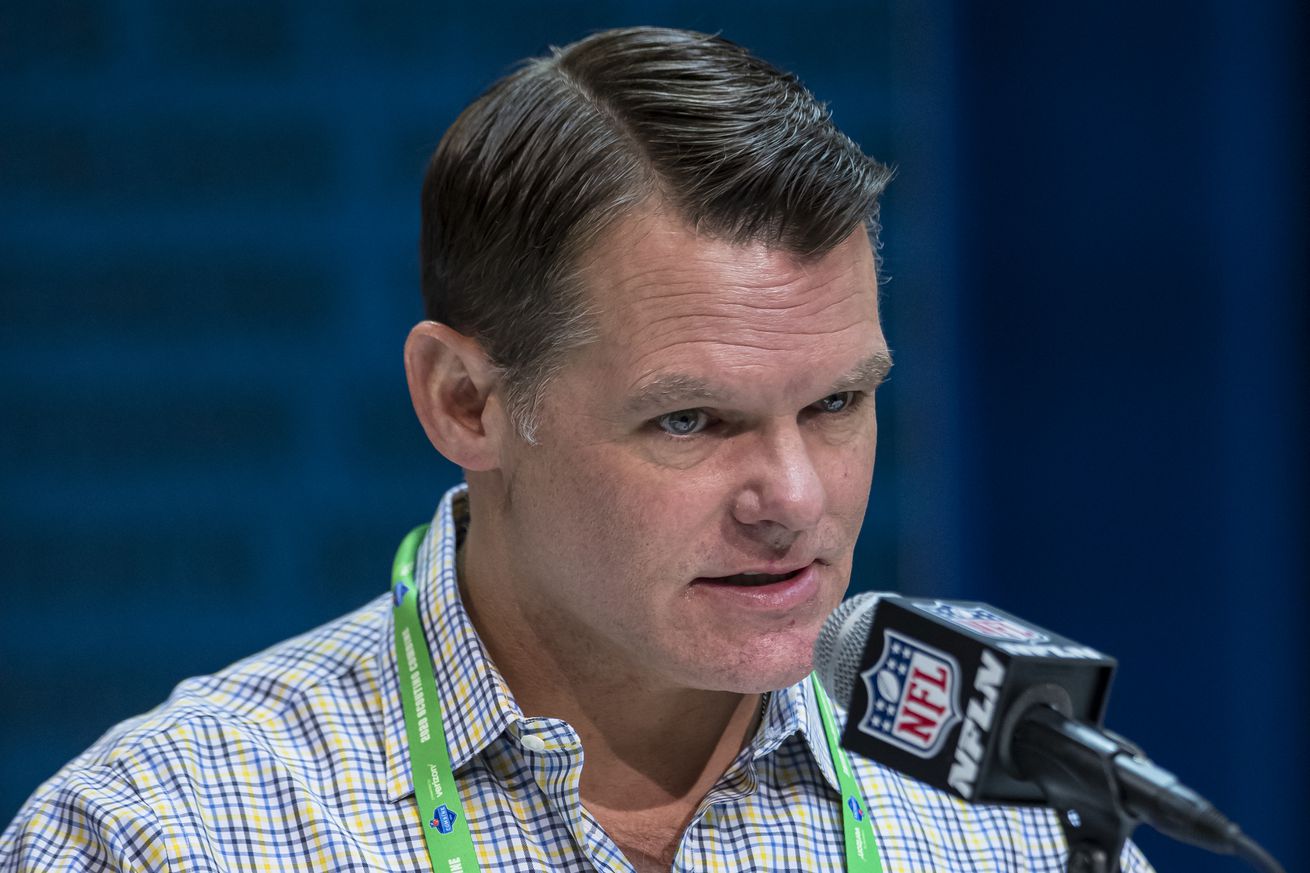 The move that shocked us all! Buckner is one of the best interior defensive lineman in football and is still in his mid20s. The Colts gave up a lot for him, maybe too much, but it won’t matter if Buckner becomes a perennial All-Pro and takes over on this defense. The Colts also gave him a massive contract, well above market value. So while the price was very steep, this trade and signing still gets a very high grade because the Colts acquired a potential game changer week in and week out.

The Carrie signing was one of my favourite for the Colts as it gave the secondary much needed depth. Kenny Moore never had a true backup, so Carrie can step right in and play the nickel spot very well and replace Moore if needed. He also has good experience and comes in at a very team friendly contract.

This was the best Colts signing of the offseason. The offensive line has been the strongest part of the Colts’ team for the last two seasons and by keeping Castonzo, who is still playing his best football, it ensures that the good times will continue to roll. He is the anchor and leader of the offensive line and his play has been crucial to their strong performances.

The Colts desperately needed offensive line depth, but out of Josh Andrews, Joe Haeg and Le’Raven Clark, the Colts decided to focus on Clark and re-sign him. That was a perplexing move. I can understand if Haeg didn’t want to come back to be a backup, but Andrews proved to be a good, versatile interior lineman, so prioritizing Clark over Andrews didn’t make much sense.

This was another great under-the-radar signing. Day played a lot with Buckner in San Francisco and has ties to Indiana. He should serve as a strong rotational piece inside the interior of the defensive line and his versatility will be valuable. His signing gives the Colts 4 strong pieces inside: Buckner, Autry, Stewart and Day. This defensive line is getting very, very strong.

This is a big boom or bust signing, but the contract indicates that the Colts are taking on very little risk, which is why this gets a B-. If Rhodes plays at his best, he can be one of the best cornerbacks in the league (like he was in the mid2010s). If he plays at his worst, he’ll get burnt deep and allow some big plays.

Whether you like Rivers or not, one thing is for certain: the Colts upgraded their quarterback position this offseason. Rivers is a step above Brissett and he signed for a price that doesn’t hurt the franchise this year or in the longterm. It’s a win-win deal for both sides, although questions surround Rivers’ play.

The Colts currently have 26.83M minus the contracts of Rhodes and Carrie, which have yet to be confirmed and announced by the team. Nevertheless, using the cap estimates, we can project that those contracts would leave the Colts with 22.126M left in cap space (their cap hits are offset by the cap hits of the 50th and 51st largest current cap hits which are bumped outside the top 51 with these new signings).

It’s also important to note that the Colts will have to leave 5.95M in cap space to sign their 2020 rookie class. If they accumulate more picks, they might have to leave more, so it’s better to leave 6.5M in cap space, just in case. If we use that figure, that means that the Colts will effectively have 15.626M left in cap space after the draft. They might be able to accumulate more if they make some cap savings cuts. The following players are potential cut or trade candidates:

Speaking of Brissett, he’s the key piece in the Colts salary cap. If the Colts want to go after one of the big remaining free agents, they’ll need to let loose of Brissett by either cutting him or trading him. The Colts have no interest in cutting him as they’ve paid his bonus and have reaffirmed that they would like him on the roster. If the Colts are to get rid of Brissett, it will have to be via a trade.

If you’re holding out hope for Clowney, it all lies in what the Colts do with Jacoby Brissett.

The Colts with Brissett on the roster still have enough room to sign 97% of the remaining free agents out there, but the Colts will most likely be conservative and look to carryover that money to next season, where they have a ton of big name free agents. That extra $15M that’s carried over that can make a huge difference. Those big name free agents include: Ryan Kelly, TY Hilton, Philip Rivers, Malik Hooker, Denico Autry, Anthony Walker, Marlon Mack, Justin Houston, Grover Stewart, Zach Pascal Xavier Rhodes, Sheldon Day and Jacoby Brissett (if he somehow pulls off a Nick Foles type renaissance).

Quick math gives us a rough estimate of $127M in cap space at the start of next season (if we include the 2020 and 2021 draft classes signings), so $15M carried over would mean they have $142M or so in cap space, which makes a big difference.

If you didn’t want to read all of that, the Colts effectively have $15.6M to play with for the rest of this offseason or they can decide to carry it over to next season.

Everson Griffen was another cap casualty for the Vikings and his career trajectory is similar to that of Justin Houston’s: a good veteran who was cut for money purposes and has a lot left to prove. This is the type of signing the Colts like to make. Three comparable players would be:

The average of those three contracts, adjusted for salary cap inflation, is 2 years, 23.3M with 16.31M guaranteed.

Griffen was a cap casualty, is older in his career, most likely wants to play for a contender, and is still on the market with no serious bites, a week after being released. Those three factors work against and in favour of teams looking to sign him. It’s for those reasons why I believe he can be had for 7.5% cheaper than the average listed above and for a contract that resembles this:

The Colts are still a little thin in their secondary, specifically at safety. Tavon Wilson is a versatile safety with experience as an in-the-box and deep safety. His versatility can prove to be valuable as a primary backup. Three comparable players would be:

While those free agents signed a little after free agency started, we can safely assume that the demand for them was lower than the average prospect. Wilson is still not signed and doesn’t hold leverage with anyone, so I believe he can be signed for 5% lower than those contracts. That means his contract will be somewhere around:

Michael Schofield had some good years with the Chargers and is another offensive lineman with good versatility, with experience as a right guard and right tackle (most recently at guard). The Colts are currently lacking a ton of depth along the offensive line and could use a solid player to replace the role of Joe Haeg. Three comparable players to Schofield would be:

Schofield is still on the market and isn’t being brought back by the Chargers, who have solved their issues inside with good young players and a big trade for Trai Turner. The market for Schofield is weak so I believe he will sign for 10% lower than the average contract listed above, and I also believe there’s an equally good chance he signs for 1 year instead of 2 years, so I believe his deal will be either:

These are three key signings that the Colts can afford. Griffen can even sign a front loaded deal and if the Colts sign the other two to the one year projected deals, that would give them a 15.37M cap hit on those three prospects and if you bump down the bottom three contracts out of the top 51, that would leave the Colts with 2.5M of effective cap space (9M – 6.5M allocated for the draft class).