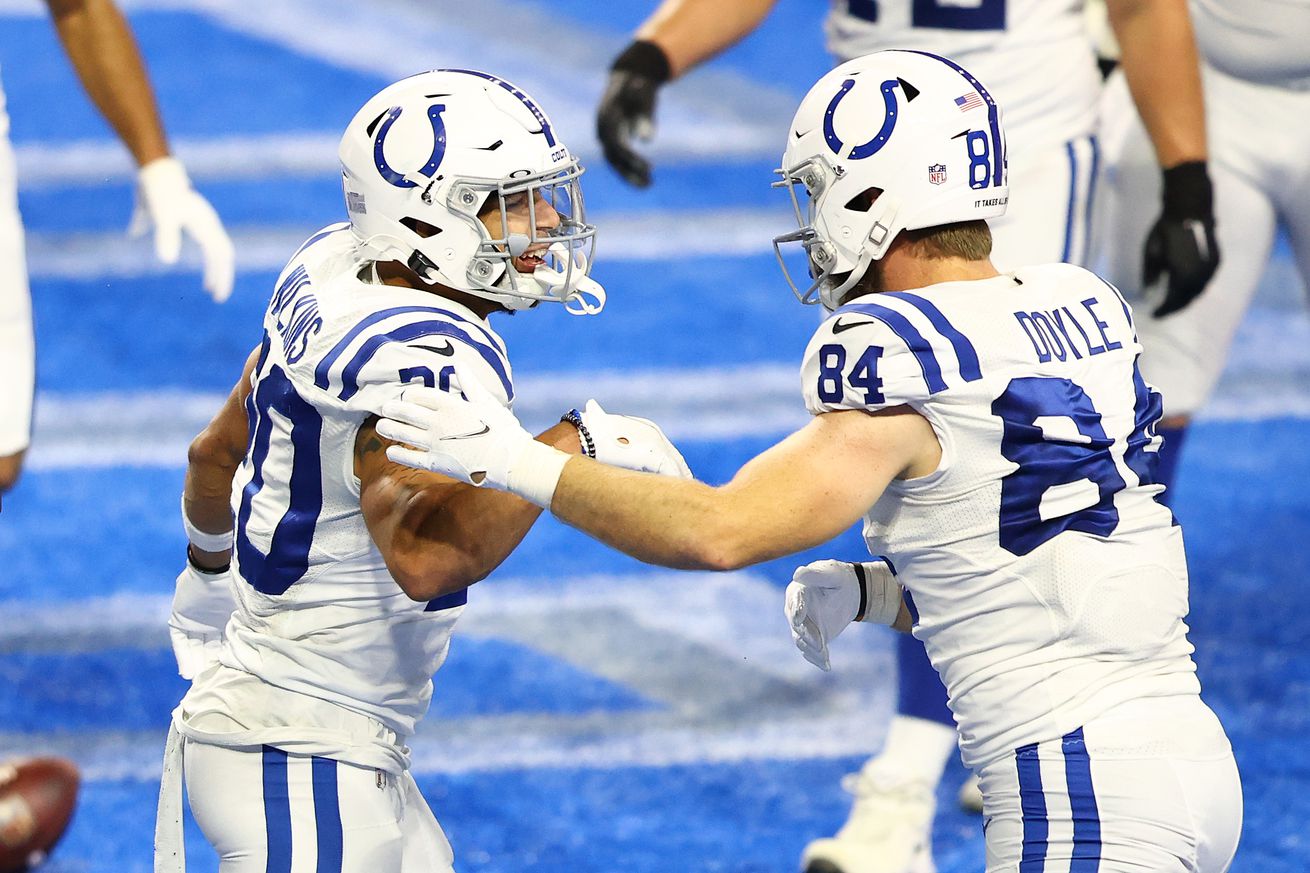 While things went mostly right for the Colts on Sunday, one of the biggest concerns coming into the game was the team’s propensity to get off to slow starts. The offense dominated time of possession in the first quarter but failed to put up any points and the first of numerous special teams mistakes put Indianapolis in an early hole.

With that out of the way, there was a lot of good to take away from the game. While T.Y. Hilton suffered a groin injury and had to leave the game, his absence wasn’t particularly noticeable because Philip Rivers is showing a willingness to get all of his weapons involved in the game plan. There were four receivers tied for the team lead in receptions at three on the day. Another four receivers had two receptions. In all, 11 different receivers caught passes including three tight ends, three running backs and five wide receivers.

While it’s true that the Colts currently lack a true number one receiver, or arguably a top receiving target across all of the team’s skill positions, it can be extremely challenging to game plan for a team who shows no fear involving everyone in the offensive strategy.

Jordan Wilkins should earn a nod as one of the team’s most valuable offensive contributors if for no other reason that he has never been more involved on offense — particularly early in games and when the top player at the position is healthy on the sideline. Wilkins continues to show incredible vision, the ability to change direction quickly, and a knack for getting north-and-south at just the right moment to get the most out of his opportunities. Wilkins put up 113 yards of total offense and added a touchdown – including a team leading 20 carries out of the backfield.

His backfield partner Nyheim Hines also looked like the kind of weapon NFL fans have come to expect from a Philip Rivers led offense. He ran routes out of the backfield, got into space, and used his speed to make big plays. If not for a drop on a shallow crossing pattern in the second half, Hines would have led the team in receptions and could have approached 70 or 80 yards through the air.

Another important offensive theme to acknowledge is that Philip Rivers continues to look more comfortable in this offensive scheme. It was expected that he would be comfortable after spending so much time with Frank Reich in San Diego but with an abbreviated and atypical offseason it isn’t particularly surprising to see it take Rivers a little time. At this point, he’s often making important changes at the line of scrimmage, he is comfortable running a hurry up, no huddle system that keeps defenses on their heels, and he has been really accurate throwing to his receivers at all levels.

On the other side of the ball, there is a lot to like about what Indianapolis is building. It has become clear that the interior of the defensive line is one of the best in the NFL. Opponents are desperately trying to get something going on the ground but can’t move the big bodies the Colts can rotate into the game. The defensive ends are collapsing the pocket and making it difficult for opponents to run to the outside and the speed Indy puts on the field at the linebacker position makes that an unattractive decision.

The defensive ends have been the team’s biggest weakness, at least in terms of the ability to generate a consistent pass rush, but Tyquan Lewis has started to get hot at the right moment. Lewis and Autry are a great combination and are a big reason why a second-year player Ben Banogu isn’t seeing much of an opportunity. Justin Houston continues to be active at rush end but the team could use Kemoko Turay back healthy. Adding Turay to this defensive line could push the unit to another level.

The only negative defensive takeaways from the game include the propensity to go cold during games. Loose coverage in the secondary and a lack of pass rush at times combine to give opponents a chance to hit on big plays. Additionally, Anthony Walker had one of the worst games of his career. He had only one tackle, which was for a loss, but he got abused by Matthew Stafford through the air. Walker’s weakness in the passing game may limit his role moving forward.