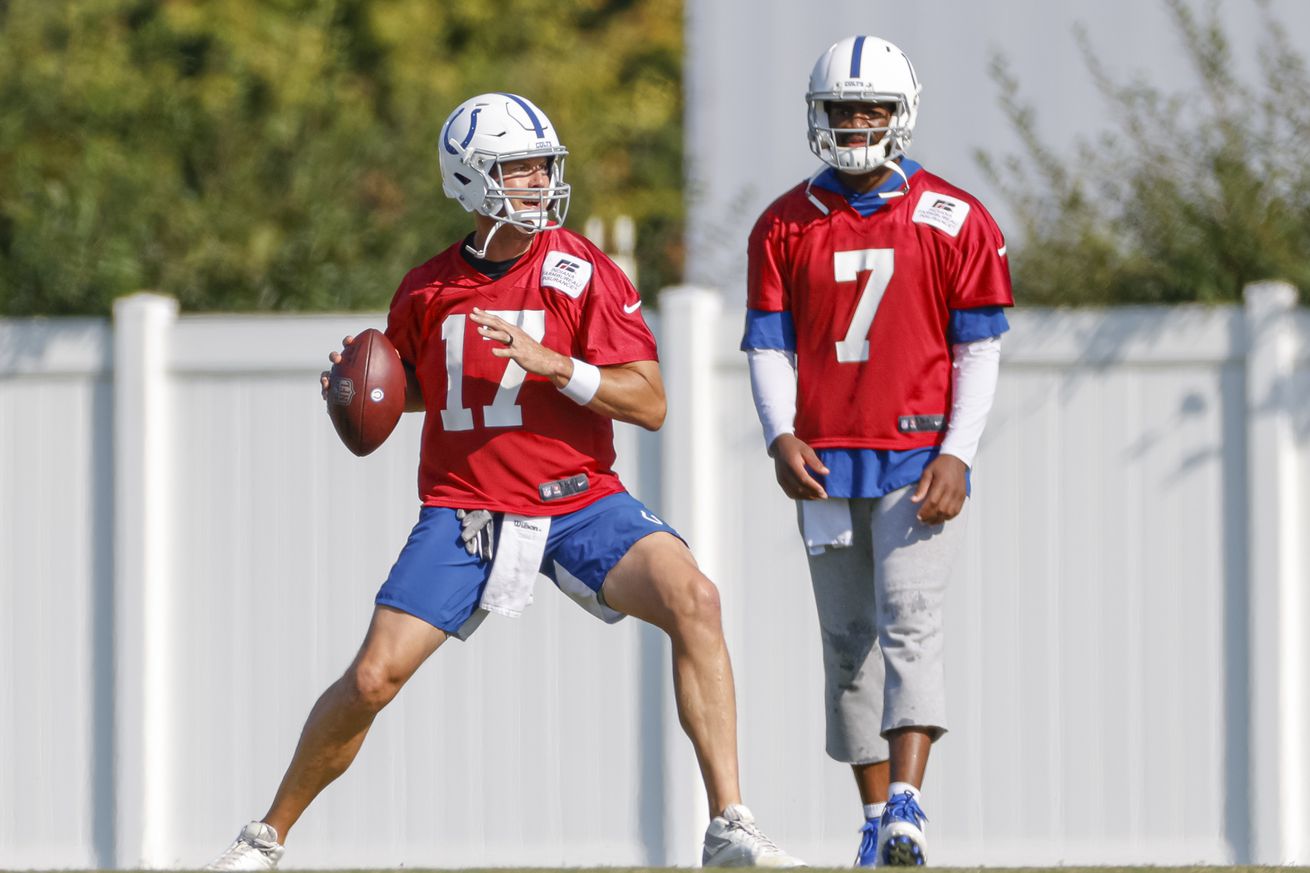 With the NFL season officially kicking off in just two nights with the Texans traveling to Arrowhead to face the Chiefs, it is time again to take a look at the various media outlets to see how teams stack up in the preseason power rankings. With limited ability to showcase any improvements, these rankings are bound to be even further from reality than usual.

The Colts find themselves mostly inhabiting the middle of the league in the minds of the national media. This is unsurprising, because though they have made improvements at several spots as well as grown in experience at others, they are largely unproven. Once we get a few weeks into the season, the reality of teams should begin to reveal itself. For now, here’s how the Colts stack up in the rankings.

Why his seat is warm: On paper, Mack shouldn’t be on the hot seat based on his production in 2019. He had a career high in carries (247) and yards (1,091) while appearing to be the running back of the future for the Colts. But warning flags went up in the offseason when the Colts didn’t pick up his fifth-year option and selected Wisconsin’s Jonathan Taylor — who finished his college career with back-to-back 2,000-yard rushing seasons — in the second round of the draft. Mack will begin the season as the starter, but Taylor will have an opportunity to get snaps in the backfield rotation.

NFL.com has the Colts at 11th.

It doesn’t feel like the Colts get enough credit for where they currently stand as a franchise. Many organizations would have fallen in on themselves if the franchise quarterback walked away out of the blue, as Andrew Luck did a year ago last month. But GM Chris Ballard built in too much foundation for collapse, and the support beams are up front with the offensive line. Indy made center Ryan Kelly the highest-paid center in football last week, and the Colts will enter Week 1 with the league’s most complete front five, all of whom are under contract through at least 2021. Phil Rivers is well set up to have his Brett-Favre-Joins-The-Vikings moment.

With Philip Rivers joining a young, improving team, they are the team to beat in the AFC South. I think the defense makes big strides.

USA Today has the Colts at 7th.

Sports Illustrated has the Colts at 16th.

The Colts just barely crack the top half of our rankings, though they do have an admirer who placed them in the top five. They are built to win now if Philip Rivers plays the way the Colts expect him to.

Pro Football Network has the Colts at 11th.

The Colts were +370 in penalty yards last year. That led the league by a pretty wide margin and is unlikely to keep up. One season removed from Andrew Luck retiring, Philip Rivers is now under center. Let’s see if the Colts can make it back to the playoffs in 2020.

Bleacher Report has the Colts at 9th.

In theory, there might not be a team better positioned for a 2020 surge than the Indianapolis Colts.

Offensively, a wideout corps anchored by T.Y. Hilton boasts talent, youth and athleticism. Marlon Mack and rookie Jonathan Taylor have the makings of a formidable one-two backfield punch. An offensive line led by guard Quenton Nelson is as good as any in the league.

Defensively, the addition of tackle DeForest Buckner should boost a pass rush that added edge-rusher Justin Houston last year. Darius Leonard is a difference-maker at linebacker. And the defensive backfield (much like the receiving corps) has plenty of youth and upside.

But how far the Colts get will depend mostly on one thing: the right arm of Philip Rivers. If the Colts get the Rivers who looked washed up with the Chargers a year ago, it will be a long season.

But if Rivers can regain his Pro Bowl form from just two years ago, the Colts could take a run at the Chiefs in the AFC.