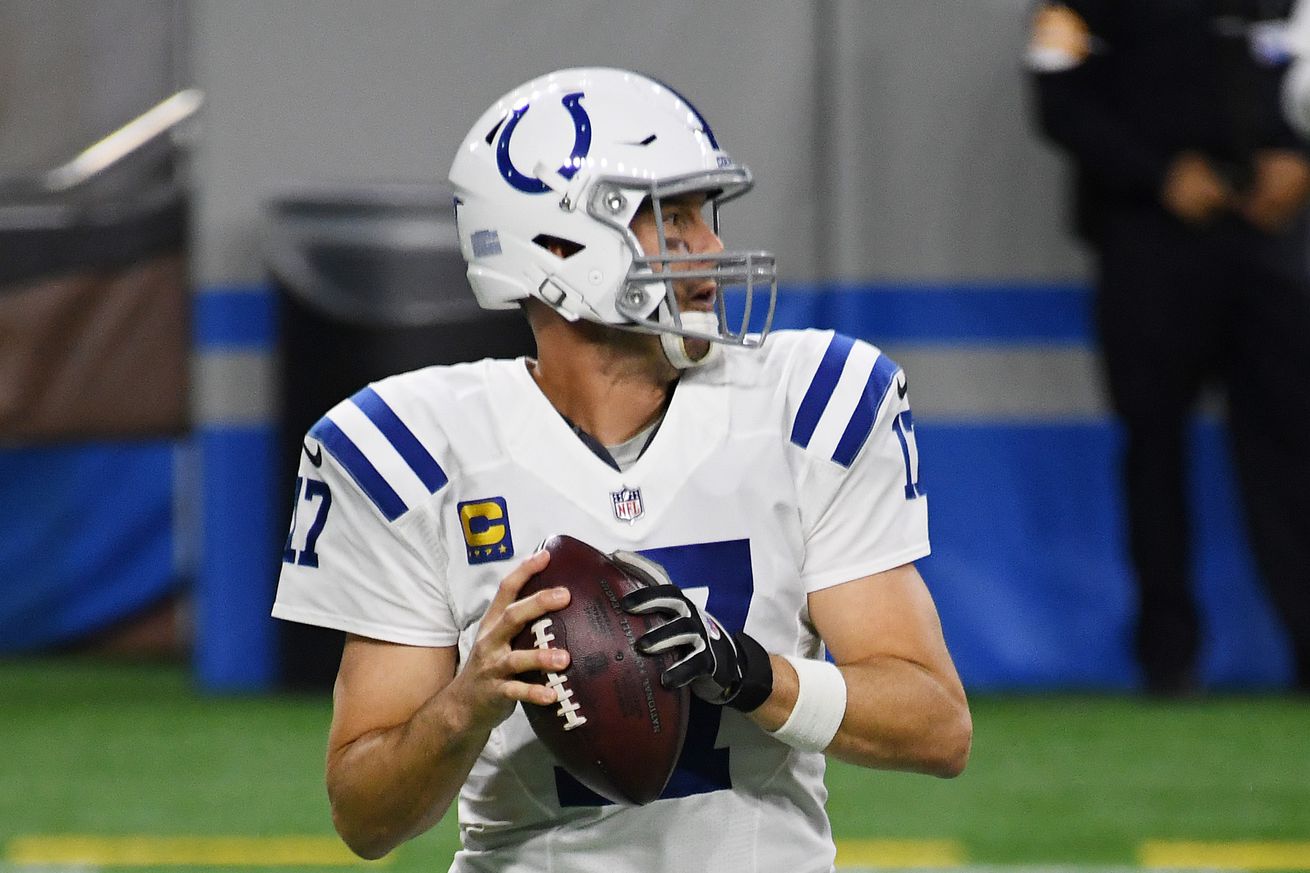 It was a good passing week. At this point, Philip Rivers is pretty much what I was expecting prior to the season.

For those of you wondering how this compares to last year, here is 2019 Jacoby Brissett and 2020 Philip Rivers through the first 7 games in stats ordered highest to lowest by correlation to future wins:

Rivers didn’t complete a throw of more than 10 air yards until the second quarter. 3 of the 4 incompletes in the 3rd quarter should have been caught.

Distance was down this week.

At this point it’s pretty clear that air yards are not an issue (if they ever were).

Rivers finally threw TD passes over 20 yards . . . well one of them was thrown for -3 yards, but you get the point.

Love how the receiving yards were spread around and have been all season.

On the year, value from the wide receivers is still low. Only Marcus Johnson is putting up good averages.

Even though Rivers had almost a 70% completion rate, that was below expected given the short distances thrown. Drops were a factor this week.

I get that it’s fun to say he can’t throw long anymore, but the adults are talking so you and your friends need to go to the basement to play.

Good at all depths.