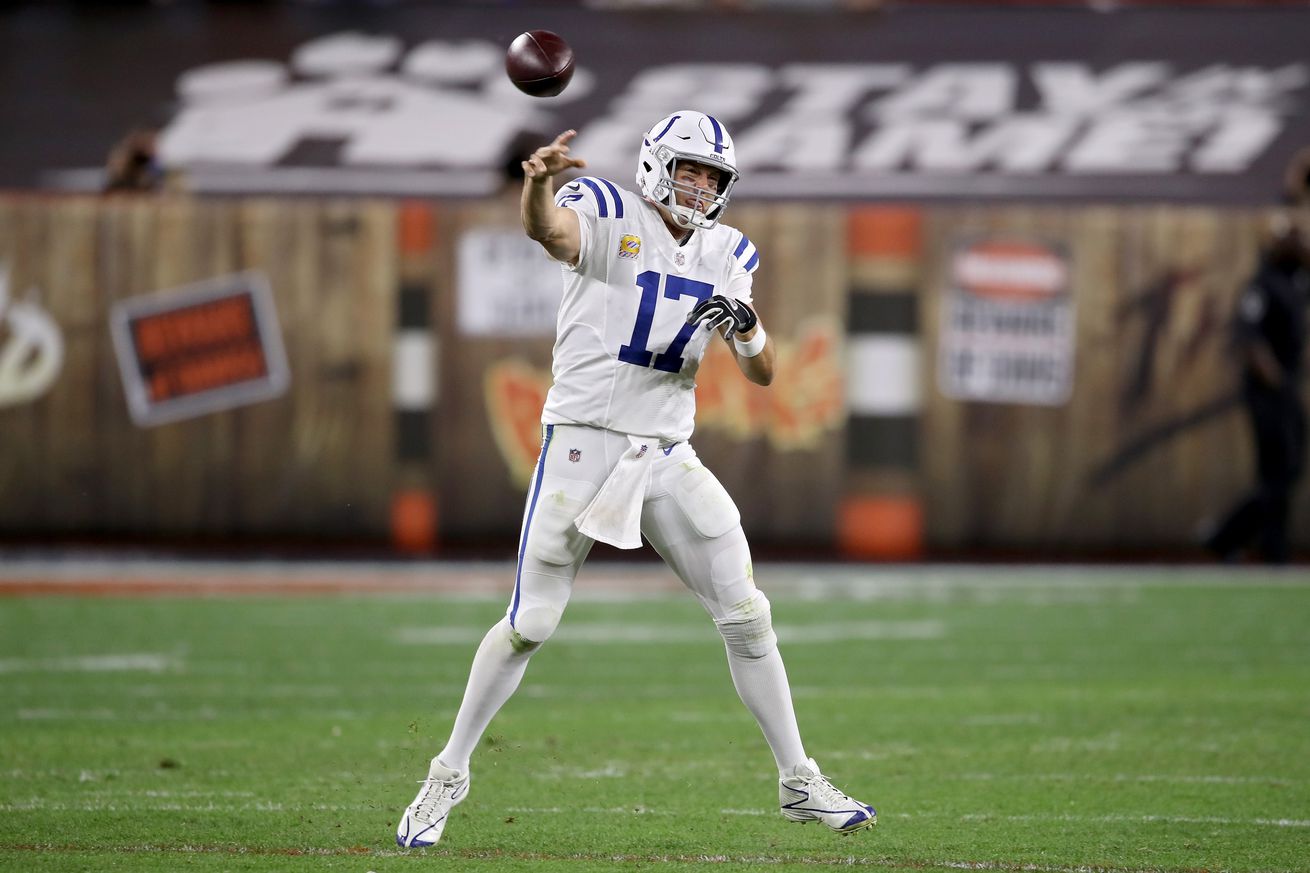 Well, that was horrible.

This is the 2nd week in a row that Philip Rivers’ passing success rate was below league average and his EPA/db was his worst of the year. Even if you were to ignore the impact of the pick-6, this was still a terrible effort.

Through 5 weeks, Rivers’ efficiency is trending in the wrong direction.

As disappointing as it has been, Rivers’ production in the first 5 weeks is actually better than Jacoby Brissett’s first 5 weeks in 2019. So, those calling for a change, be careful what you wish for.

Just like last week, depth of target wasn’t the issue. It was the ability to consistently make completions on short throws.

Rivers’ avg depth of attempts is fine, but the value he is getting from those passes is just average.

His completed air yards per attempt is a bit higher than average.

No passing TDs this week, means no change to this chart . . . except for the other QBs.

Marcus Johnson and his 3 targets is the only receiver that provided above average value.

Accuracy rebounded this week to just a bit above league average (2% cpoe).

Rivers was a little slower on the draw this week.

The 3 passes over 20 yards were very effective. The 30 other passes were not.