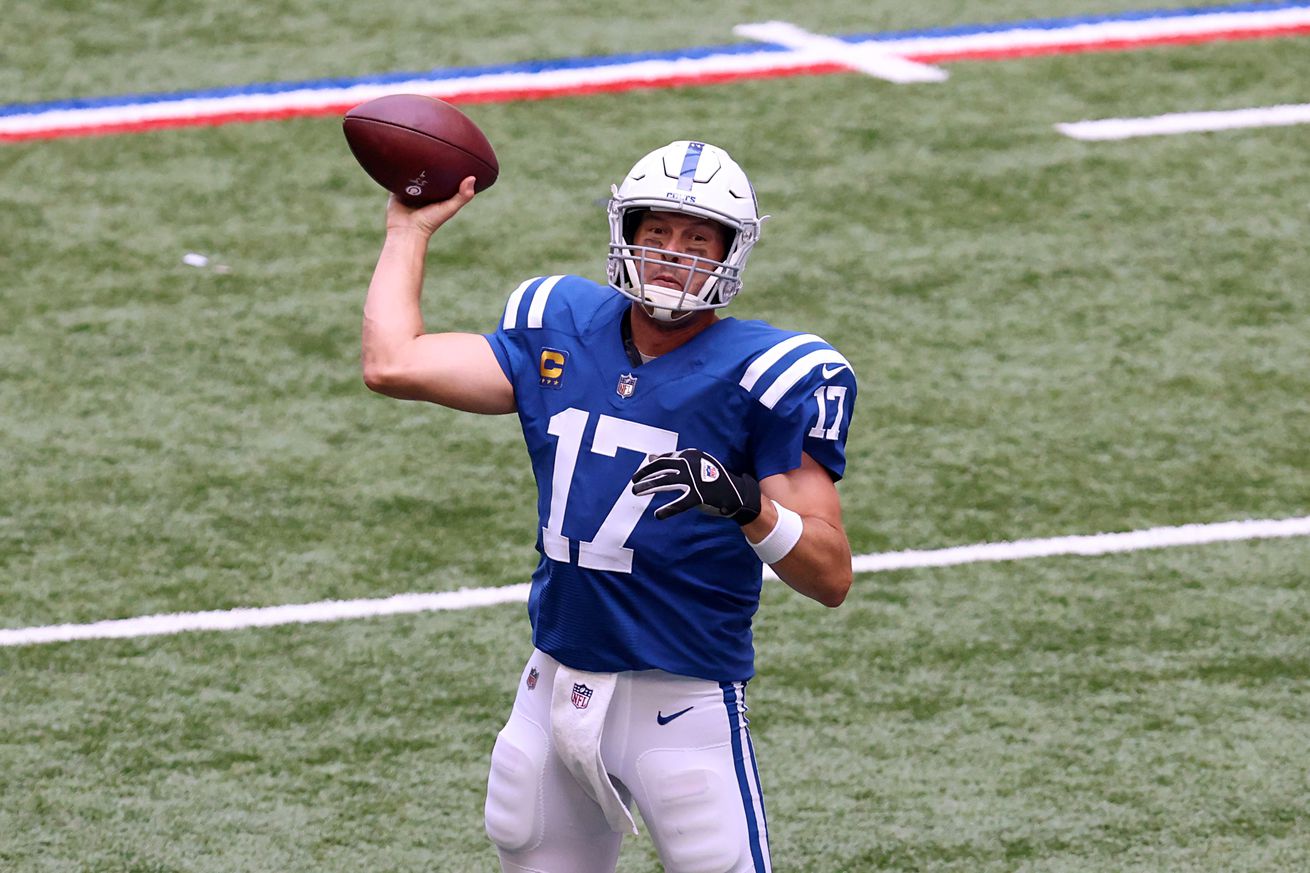 Being pulled in the 4th quarter tends to reduce one’s overall volume, but on a per dropback basis, Philip Rivers looked great. Two-thirds of his passes added positive value and his EPA efficiency was up with the big boys.

All 4 of the key stats were fantastic. First downs per dropback was literally off the chart and had to be re-scaled. That is good to see as, other than the week 1 picks, that was my biggest concern. If you are moving the chains with your arm, then everything else likely takes care of itself.

The game started with some longer passes, but in the 2nd half, the passing game got conservative with Rivers attempting only 1 pass longer than 10 yards. That’s to be expected with a 2-3 score lead . . . not sure what week 1’s excuse was.

In the next graph, you can see the average depth of target dropped back to about week 1 distance (left chart gold line), primarily driven by a conservative 2nd half. However, the completed passing length was the best so far this year (blue line).

Since passing length and YAC have seemed to be a topic of conversation lately, I thought I would add a chart comparing that for all QBs. In the following graph, the height of the bar is yards per attempt (which is the more critical measure), but the graph is sorted by completed air yards per attempt (cay/att).

Rivers ranks 6th in YPA but 20th in terms of cay/att (right above of Gardner Minshew) and 4th in average YAC.

That could be an issue if YAC is not sustainable, but it depends on many variables. Simply saying high YAC + low cay/att = bad QB is no analysis at all. Both Drew Brees and Patrick Mahomes have far lower cay/att and similar avg YAC.

Rivers continues to NOT throw TD passes from far away. If our red zone woes are to go away, he’s going to have to do better.

Call me old-school, but I don’t think your 2nd string tight end should be leading the team in season long receiving.

Notice on the year (right chart), that the wide receivers are below the NFL average line in EPA value. That is a problem.

Rivers continues to be one of the most accurate QBs in the league and that is after adjusting for his shorter depth of targets (5th cpoe).

He hasn’t taken sacks and gets rid of the ball quickly. That works for me.

Of 36 QBs who have at least 10 passes > 10 yards, Rivers has the 9th best EPA efficiency on the 13th most attempts. Yes, you read that right.