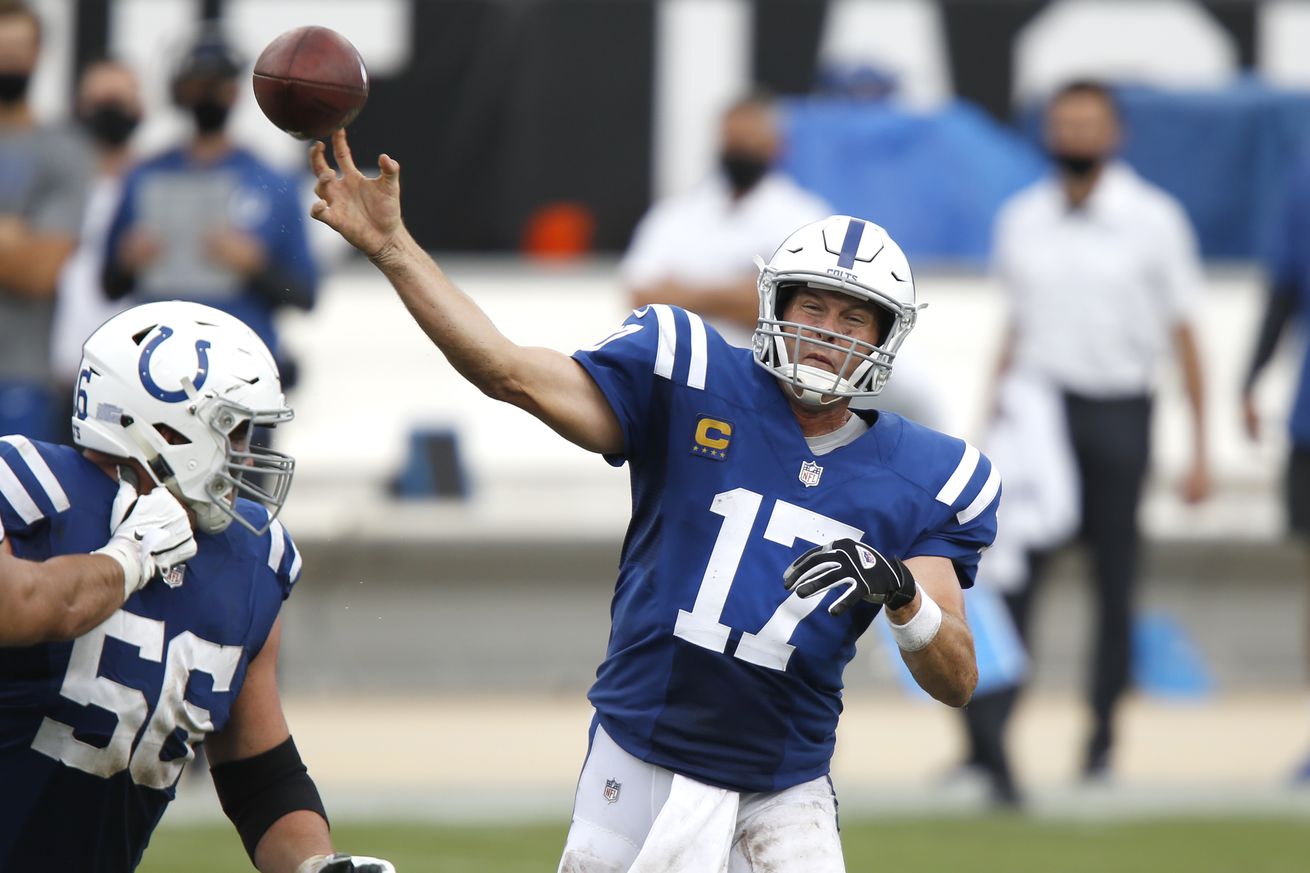 For those of you new to this, I will publish key QB stats each week judging how well the Colts passing game performed. I’ll put a glossary at the bottom for those not familiar with the statistical measures.

Wins and losses tend to cloud one’s view of performance, and so many will find it hard to believe that this was actually an improvement over last year’s Colts passing.

Yes, the picks are a killer and the game was primarily short passes, but those short passes were far more productive then the Colts 2019 short passes. In 2019, on passes thrown <=5 yards, Jacoby Brissett had a 74% completion rate, averaging 5.5 yards per attempt. On Sunday, Rivers completed 100% of those passes and averaged 7.6 yards.

Don’t fool yourself. However ugly it was, this was a step up.

You would rather your wide receivers lead the team in receiving yards, but Jonathon Taylor put up a lot of YAC on passes from behind the line of scrimmage.

You can see in the following chart that most of the valuable completions came from shorter passes. (the 2nd chart displays the same numbers but with a different scale).

The average completed pass only traveled 4.2 yards in the air and the average depth of target was a paltry 6.2 yards. Without a high completion rate and/or YAC, that’s not going to generate much value. Rivers will have to stretch the field for any continued success.

With such short throws, Rivers was very quick. His 2.34 release time was second fastest of all Sunday QBs and he took 0 sacks.

Even accounting for the primarily short passing depth, Rivers 78% completion rate was far above expected (11% CPOE). He was perfect from 5 yards or closer, but that is likely unrepeatable, so he’d better learn to get comfortable throwing father downfield.

You can see the middle of the field was problematic and deep shots were almost non-existent.

Yards After Catch (YAC): The distance gained by a receiver after catching a pass.