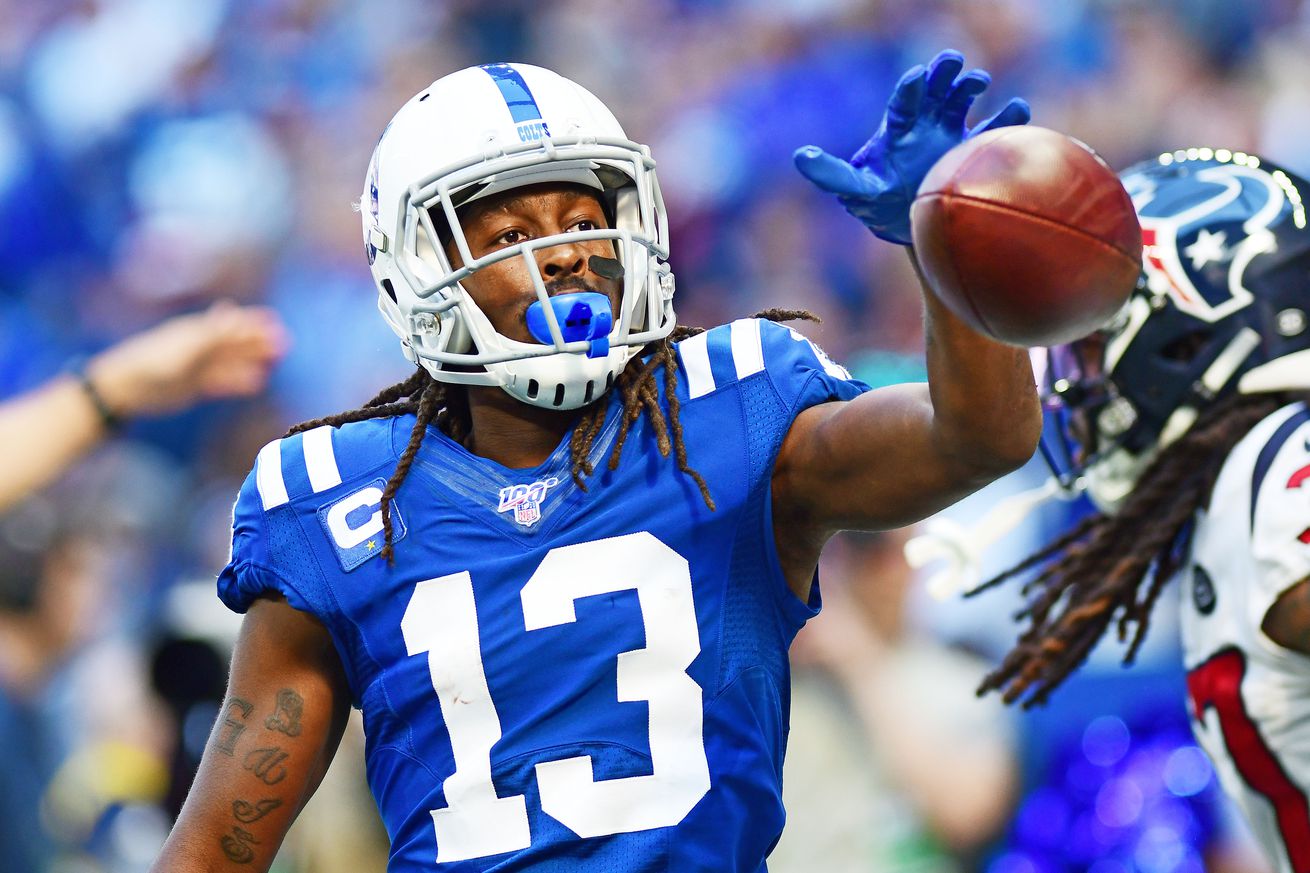 There’s no question that Hilton has struggled with Jacoby Brissett under center, but the veteran pass-catcher still ended an injury-riddled 2019 season with the 27th-best receiving grade in the NFL. In the year prior, with Andrew Luck leading the offense, Hilton finished 10th. He’s a reliable deep threat on the outside, and his 3,125 receiving yards on 20-plus yard targets since entering the league in 2012 (second over that span) back that up. The ball is in Philip Rivers’ court now, and while his arm certainly has taken a step back, he should help Hilton put up better numbers going forward.

The 30 year old wideout is coming off a down season for the Colts in which he caught just 45 receptions for 501 receiving yards (11.1 ypr. avg.) and 5 touchdown receptions during 10 starts—as he was limited by injuries (including a torn calf).

In fact, Hilton failed to catch a reception of 40+ yards for the first time in his 8-year career.

Entering a contract year—and a potentially uncertain Colts future, Hilton has a lot to prove in 2020—and should be aided by the arrival of veteran Philip Rivers.

The wily gunslinger isn’t afraid to push the ball downfield, take chances, and should have improved accuracy over his Colts quarterback predecessor.

This ranking seems a little low for ‘The Ghost’, who still remains one of the game’s best deep threats with his elite speed, smooth route running, and hands—when fully healthy. There’s a reason why he’s been one of the Colts franchise’s all-time receiving greats.

However, it just comes down to avoiding nagging injuries for Hilton.

Otherwise, the stars are aligned for Hilton to have a rebound season—even Colts offensive coordinator Nick Sirianni has already said as much earlier this offseason.