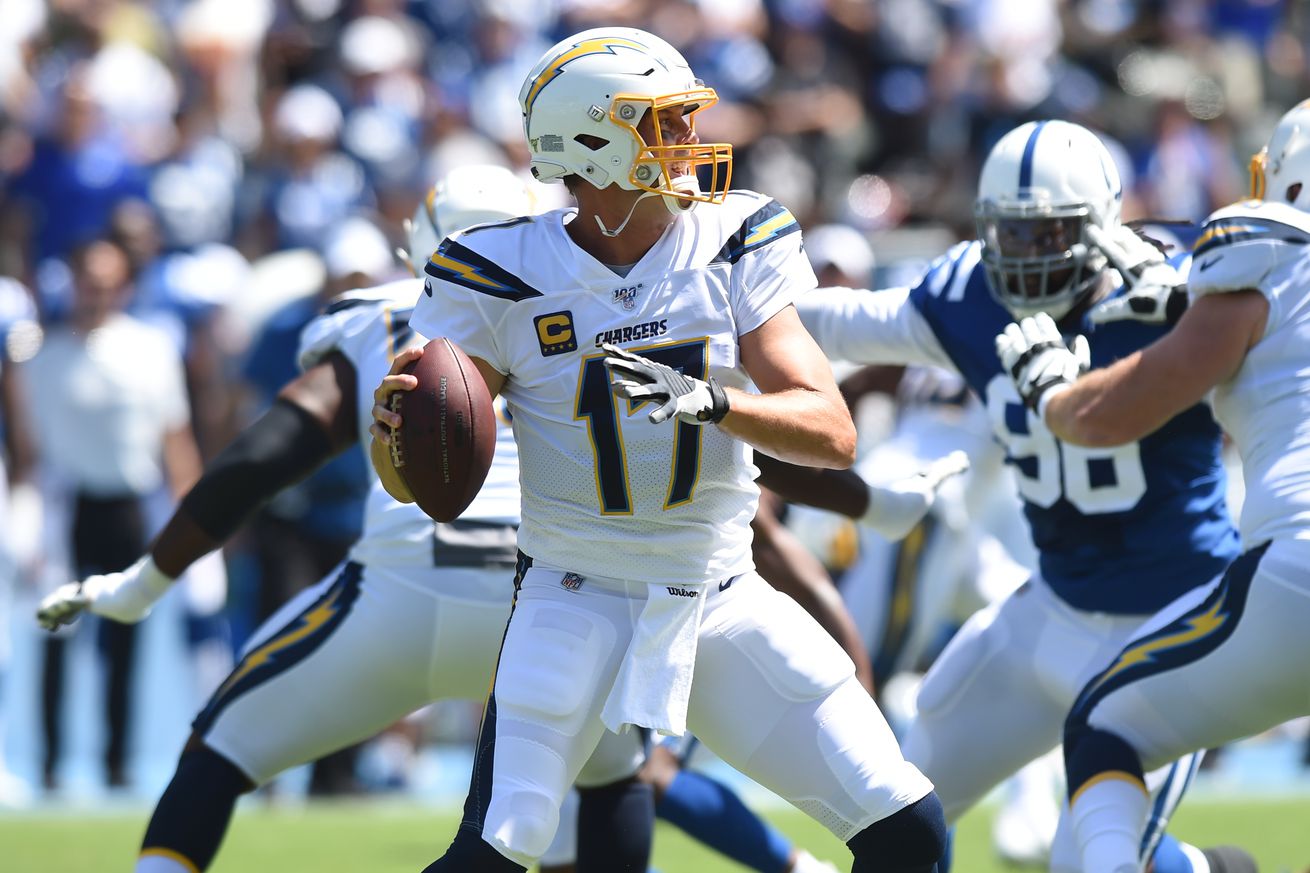 According to Pro Football Focus, Indianapolis Colts quarterback Philip Rivers is ranked in ‘Tier 3’ among the NFL’s 32 starting signal callers ahead of the 2020 season:

Here’s what I said about Philip Rivers after the 2019 season:

After back-to-back seasons with a top-10 PFF grade, Rivers settled back in with the middle tier of quarterbacks in 2019. As with any older quarterback, questions have been raised about whether Rivers still has it, but he’s been working with diminished tools for a few years now while still finding a way to succeed. The concern is Rivers once again ranking among the league leaders in turnover-worthy plays while experiencing the fifth-highest increase in total negatively graded throws this season. That volatile style is not new for Rivers, as he still ranked among the best in big-time throws while showing his usual anticipation when throwing to all levels of the field. Rivers has been playing behind terrible pass blocking for a few years now, but he’s shown that he can still produce, especially if given a few more clean pockets to work from moving forward.

It will be a new world for Rivers in 2020 — he’s playing behind a good offensive line for the first time in years, and having a bigger pocket to maneuver around should work wonders. Rivers has been battling diminished arm strength, but playing indoors with the Colts should help, and it’s not like he wasn’t capable of getting the ball downfield to his playmakers with the Chargers.

That’s where things are different this season. Rivers leaves one of the better receiving units to throw to a corps that consists of T.Y. Hilton plus young question marks. If the youth develops, Rivers playing indoors behind a strong offensive line should put the Colts in position to win plenty of games, and it would not surprise to see another one-year rejuvenation to his career.

‘Tier 3’ consists of “Volatile or conservative quarterbacks who will rely even more heavily on supporting cast and play-calling. Tier 3 quarterbacks can post top-10 production in any given year in the right situation.”

Of course, with a well balanced roster on both sides of the ball, the Colts don’t necessarily need Rivers to be elite—although head coach Frank Reich would certainly take it.

What Indianapolis needs is for Rivers to become an average to pretty good starting NFL quarterback. One who can consistently move the sticks (with improved accuracy/anticipation over his predecessor) and generate big plays in the passing game that were sorely lacking last season.

After all, the Titans just made the AFC title game with Ryan Tannehill.

Behind a poor pass blocking Chargers offensive line, Rivers endured a down season—throwing just 23 touchdowns to 20 interceptions in 2019. However, he’s just a season removed from 2018, where he tossed 32 touchdowns to a mere 12 interceptions.

Rather than because of diminished skills, the result of many of Rivers’ turnovers last season were from playing behind and forcing throws downfield—which hopefully shouldn’t happen too often with the Colts this upcoming season on a projected stronger team than the 2019 Bolts.

The hope is that with a much better Colts offensive line and a power running game that features Marlon Mack and Jonathan Taylor for Rivers to heavily lean upon that the veteran—even at 38 years old, can have a renaissance season in Indianapolis.

While he will experience at least a slight downgrade in his receiving corps with the Colts, it’s not as though Indy’s receiving unit lacks talent and upside, as well as some proven Pro Bowlers. Plus, opposing defenses will have to potentially commit extra defenders to stopping the run—which should free up play-action and passing opportunities downfield.

Rivers is in an ideal situation in Indianapolis, where he can reunite with Reich (his former offensive coordinator with the Chargers) and have a strong supporting cast to surround himself with—while not having to single-handedly carry the Colts offense.

He doesn’t need to be great, just good for the Colts to make some serious noise.