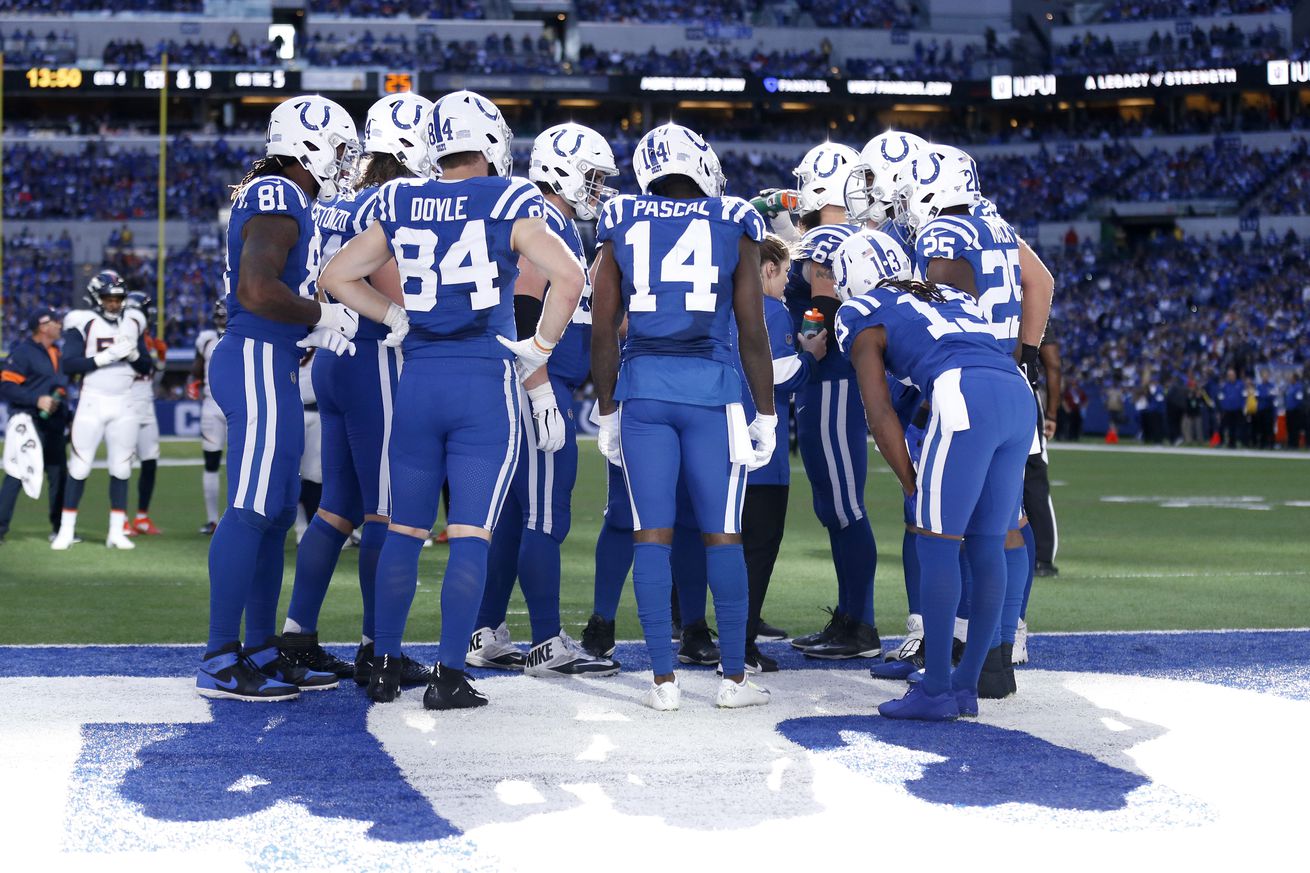 According to Pro Football Focus’ Anthony Treash, the Indianapolis Colts are ranked as having the NFL’s 14th best offense ahead of the 2020 season:

The Indianapolis offense is a sneaky good one, capable of climbing this list as the season progresses.

While Philip Rivers’ best years are likely behind him, he’s still very much an above-average quarterback. Behind a horrid offensive line in Los Angeles last year, Rivers still managed to produce the league’s eighth-best accurate pass rate on passes thrown 10-plus yards downfield, while his passing grade of 73.6 finished 17th at the position. As PFF’s Seth Galina recently broke down, the Colts’ stout offensive line will do wonders for the veteran quarterback.

The veteran QB has a very complementary set of wide receivers at his disposal, as well. T.Y. Hilton leads the pack, bringing great speed and deep playmaking to the table, which Jacoby Brissett really couldn’t take advantage of when he was on the field. Still, Hilton ranks second in deep receiving yards (3,125) since entering the league in 2012.

Indy used the first of their two second-round selections on Michael Pittman Jr. of USC this past April, and we were big fans of this particular pick. The 6-foot-4 wideout is an excellent possession receiver; he dropped just 2.8% of his catchable targets in his career, possesses an insane catch radius and can adjust to any off-target throw to snag what would typically be an incomplete pass.

The wildcard, and perhaps most intriguing WR of the bunch, is Parris Campbell, who couldn’t make an impact in his 2019 rookie campaign due to injury. The 2019 second-round pick was an underneath weapon at Ohio State — no FBS wide receiver produced a higher receiving grade on screens in 2018 than Campbell. He averaged 12.5 yards after the catch per reception and broke seven tackles on 33 such catches.

Whether it be rookie Jonathan Taylor or Marlon Mack, the Colts’ rushing attack will still be among the most effective in the NFL, given the offensive line they have up front. The unit ranked second in run-blocking grade a year ago and helped Indy produce positive EPA on 44% of runs, the third-highest rate in the league.

The most critical question facing this year’s Colts offense is just how much new 38 year old veteran quarterback Philip Rivers has left in the tank after a down 2019 season.

The 17-year pro will be playing behind a much improved pass protecting offensive line with the Colts compared to the porous one he just left behind with the Bolts. However, Rivers should at least have a slight downgrade in his receiving options in Indianapolis (not to say that the Colts cannot have a solid receiving corps in 2020).

The hope is that with a better offensive line and a reunion with Colts head coach Frank Reich that Rivers can find ‘the fountain of youth’—at least for a season or so and return to his prior Pro Bowl caliber form. The Colts don’t need him to be elite, just a good to pretty good starting quarterback again would clearly suffice for their team’s overall 2020 success.

Rivers won’t be called upon to carry the Colts offense like he often was in San Diego, as he’ll be able to heavily lean upon Indy’s ‘meat-and-potatoes’ power running game that features last year’s 1,000 yard rusher Marlon Mack and highly touted rookie Jonathan Taylor.

This should free up play-action opportunities for Rivers and the ability to take calculated shots deep offensively—as defenses may have to commit extra defenders into the box.

If Rivers can return to his 2018 form, where he threw for 32 touchdowns to just 12 interceptions, the Colts will be right back in business offensively.

If nothing else, Rivers should feature improved accuracy, anticipation, and a willingness to push the ball downfield compared to his Colts’ starting quarterback predecessor.

This should lead to the Colts better sustaining drives by consistently moving the sticks and generating more big plays—which should lead to scoring more points—which leads to winning games (*as the team that scores the most points, wins*).

[With the caveat that it likely comes with more turnovers—but, so be it.]

The Colts have been a popular pick to rise among the AFC rankings this offseason—as a bonafide contender, and Rivers’ arrival offensively is a big reason why.

This ranking seems objectively fair, but the Colts offense has the potential on paper to be at least a little better than #14—if Rivers is truly rejuvenated and everything else truly clicks.