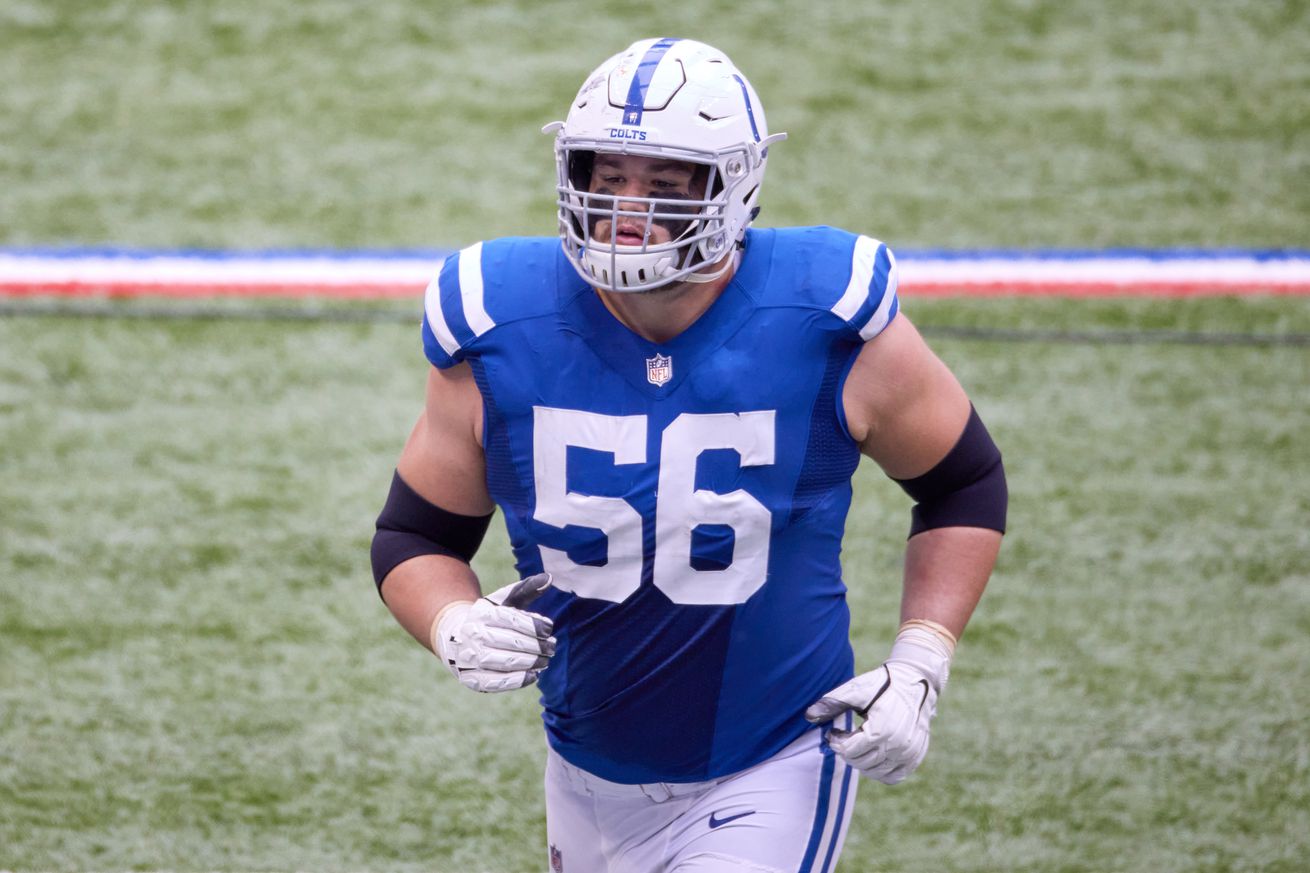 According to Pro Football Focus, Indianapolis Colts offensive guard Quenton Nelson is in their ‘Final Four’ of Top 25 players under the age of 25 years old after Week 8 of the 2020 regular season:

Knowing Patrick Mahomes would no longer be eligible for this list coming into the season, I would have expected Quenton Nelson to be the best player who qualified, but he hasn’t quite lived up to expectations so far in 2020. That’s not to say Nelson has been bad — he still has a 79.3 overall PFF grade and ranks in the top 10 in both overall PFF and pass-blocking grade — but he hasn’t built on last year when he was grading above 90.0 and looked like one of the best overall offensive linemen in football.

Nelson is still a phenomenal player who has allowed just three hurries all season in pass protection, and we know he is capable of even more.

The 2x First-Team All-Pro is having another fine season, coming in as PFF’s 7th best offensive guard overall with a +79.3 grade—having surrendered 0 sacks and 3 total QB pressures so far during his latest campaign.

However, PFF may be right that Nelson may not be having the utterly dominant, ‘prime Shaquille O’Neal around the rim’ season that some expected for the Colts.

Still, it wouldn’t be surprising by season’s end if the 24 year old is once again playing at that pristine level, and he should be a serious contender to earn his third First-Team All-NFL honors in as many seasons in the league regardless.

Nelson isn’t to blame for the Colts season-long run blocking issues by any means, but perhaps if he can amp up his level of play to that ungodly level again, it’ll spread to his fellow offensive linemen in the trenches and make the whole unit collectively better—as the group’s catalyst, brawler, and leader by example.