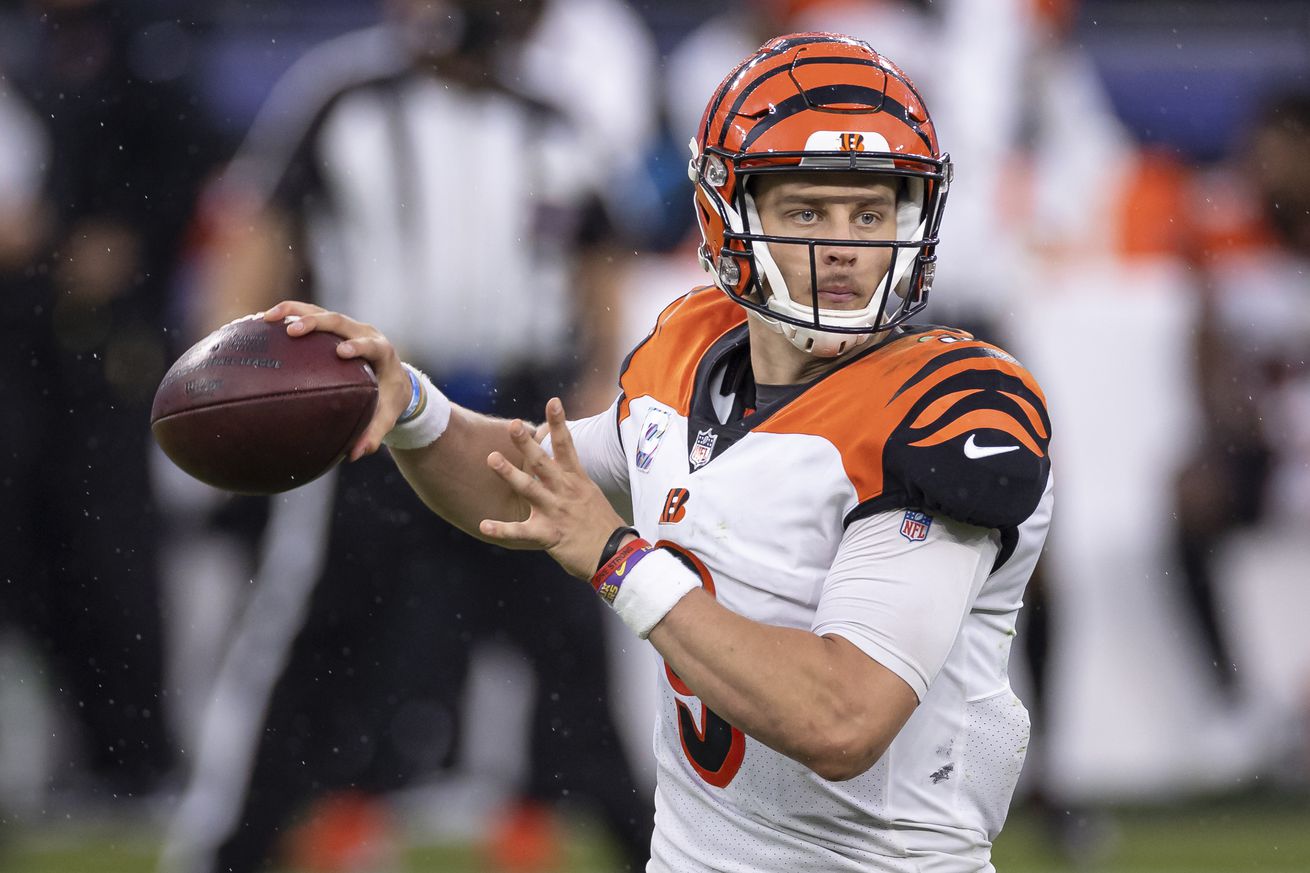 Let’s look at the Joe Burrow.

In a word . . . pretty not good. To be fair, if you ignore an abysmal week 5, then the Joe Burrow rises up to “below average”.

On the year, Tyler Boyd is his go-to guy, but that wasn’t the case last week . . . when I picked Boyd for daily fantasy.

The Joe Burrow’s depth of target is higher than average but he doesn’t convert that into above average value.

His completed air yards per attempt is low as well as receiver yac.

The Joe Burrow doesn’t throw many TDs and when he does they are short . . . just like another QB I know.

He doesn’t hold it a long time, but the Joe Burrow is a sack factory.

His accuracy isn’t bad as long as it is within 20 yards.

10 – 20 yards downfield is the Joe Burrow’s bread and butter (white bread with margarine).

Yards After Catch (YAC): The distance gained by a receiver after catching a pass.