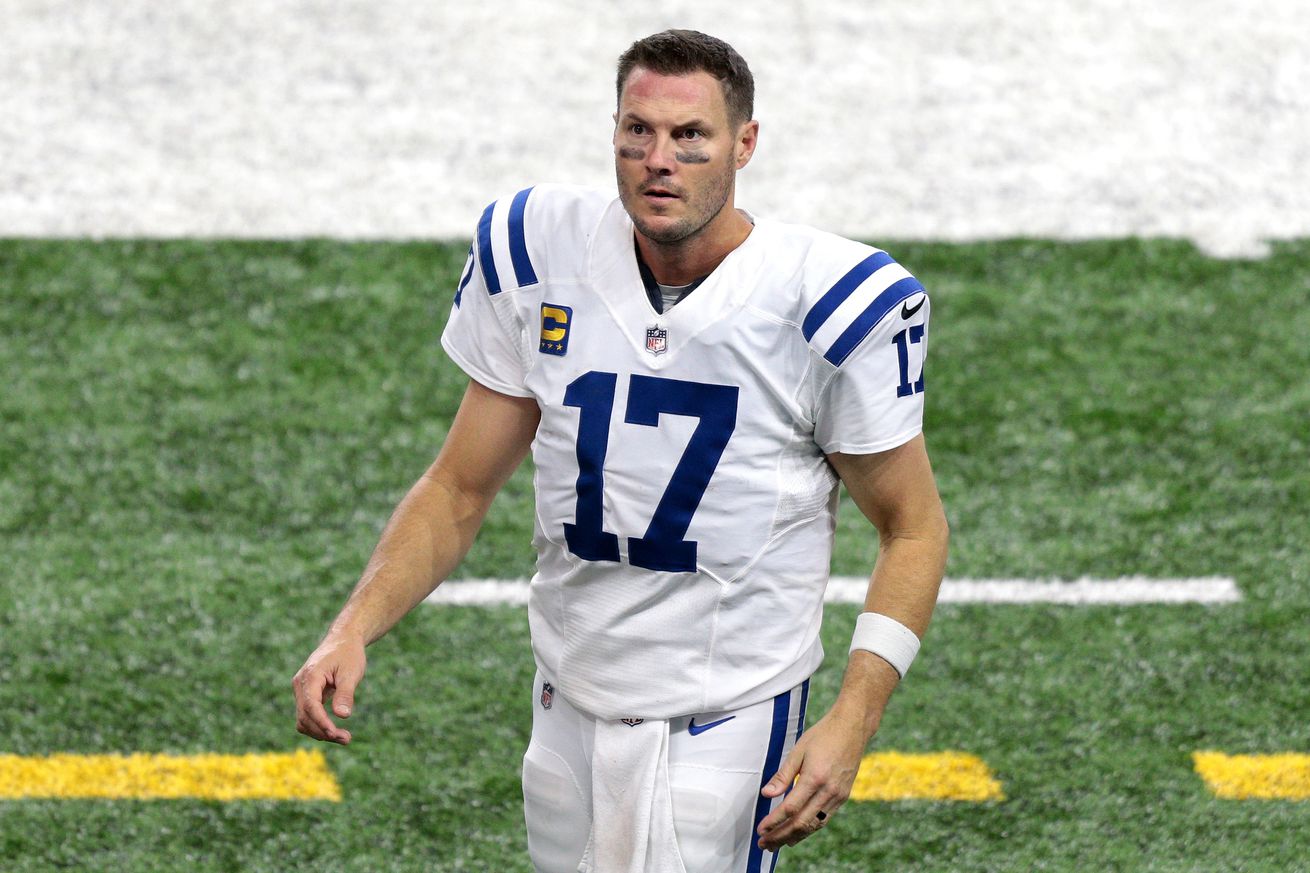 The Colts closed out their game against the Detroit Lions in a definitive fashion. Now all that’s left is to try to come out of the next four weeks as strongly. They face the Baltimore Ravens next week, then the Titans, Packers, and Titans again. How they come out of this stretch will go a long way toward painting the picture of just what this team is. For now, they’re viewed as solidly in the playoff picture, as they are in a tie for the top of the AFC South, with the toughest bit of their schedule upcoming. Here’s what the various media outlets think about the Colts after week 8.

ESPN has the Colts up to 11th.

The defensive unit, led by linebacker Darius Leonard and defensive tackle DeForest Buckner, has been the foundation of the Colts this season. Eberflus’ D is third in total yards allowed per game (293.4), second in rushing yards allowed (79.9) and fifth in points allowed (19.4) to go with a league-high 11 interceptions, helping key the Colts’ fast start.

NFL.com has the Colts at 9th.

Welcome back, Darius Leonard. The Lions were driving with a chance to take the lead late in the third quarter on Sunday when Leonard, who’d been out since Week 4 with a groin injury, got to Matthew Stafford for a strip-sack that changed the game. Philip Rivers and the Colts’ offense leveraged that turnover into a quick touchdown, and Kenny Moore put the game to bed with a pick-six on the ensuing Lions possession. From 20-14 to 35-14 in less than four minutes of game time. Rivers delivered another efficient performance, and the Indy pass rush came to life with five sacks and seven hits on Stafford. The win, coupled with a second consecutive Titans loss, moves the Colts into a first-place tie in the AFC South, with two games against Tennessee on tap in the next four weeks. Buckle up.

CBS Sports has the Colts up to 7th.

They came off their bye with a good showing against the Lions. They are the class of the AFC South right now.

USA Today has the Colts at 12th.

Yahoo! Sports has the Colts at 10th.

The Colts tried to talk around it, but rookie Jonathan Taylor got benched on Sunday for Jordan Wilkins. And Wilkins played well. With just 389 yards on 100 carries, Taylor hasn’t taken off with the opportunity he got after Marlon Mack’s season-ending injury. Maybe it was due to an ankle injury the Colts said Taylor is dealing with. It will be interesting to see where the Colts’ running back situation goes going forward.

Bleacher Report has the Colts at 10th.

It might be time to start taking the Indianapolis Colts seriously in the AFC.

For much of the 2020 season, the Colts defense has been ranked close to the top of the NFL in a number of categories. But the offense has been inconsistent.

If Sunday’s emphatic win over the Detroit Lions was any indication, Philip Rivers is starting to figure it out. Against the Lions, Rivers had arguably his best game of the year, as he finished 23-of-33 for 262 passing yards, three scores and a passer rating of 123.5.

The win, coupled with Tennessee’s surprising loss in Cincinnati, moved the Colts into a first-place tie atop the AFC South. Staying there won’t be easy, though. They’re welcoming the Baltimore Ravens on Sunday, face the 5-2 Titans in Weeks 10 and 12 and host the Green Bay Packers in Week 11.

“I want to like the Colts because of that defense, but the upcoming schedule is beyond tough,” Davenport said. “It isn’t at all hard to imagine the Colts going 1-3 over the next four, in which case 5-2 will become 6-5 and hanging on by a thread. The Colts are good, but not as good as the Ravens and Packers. Throw in a split with Tennessee, and there goes the shine.”