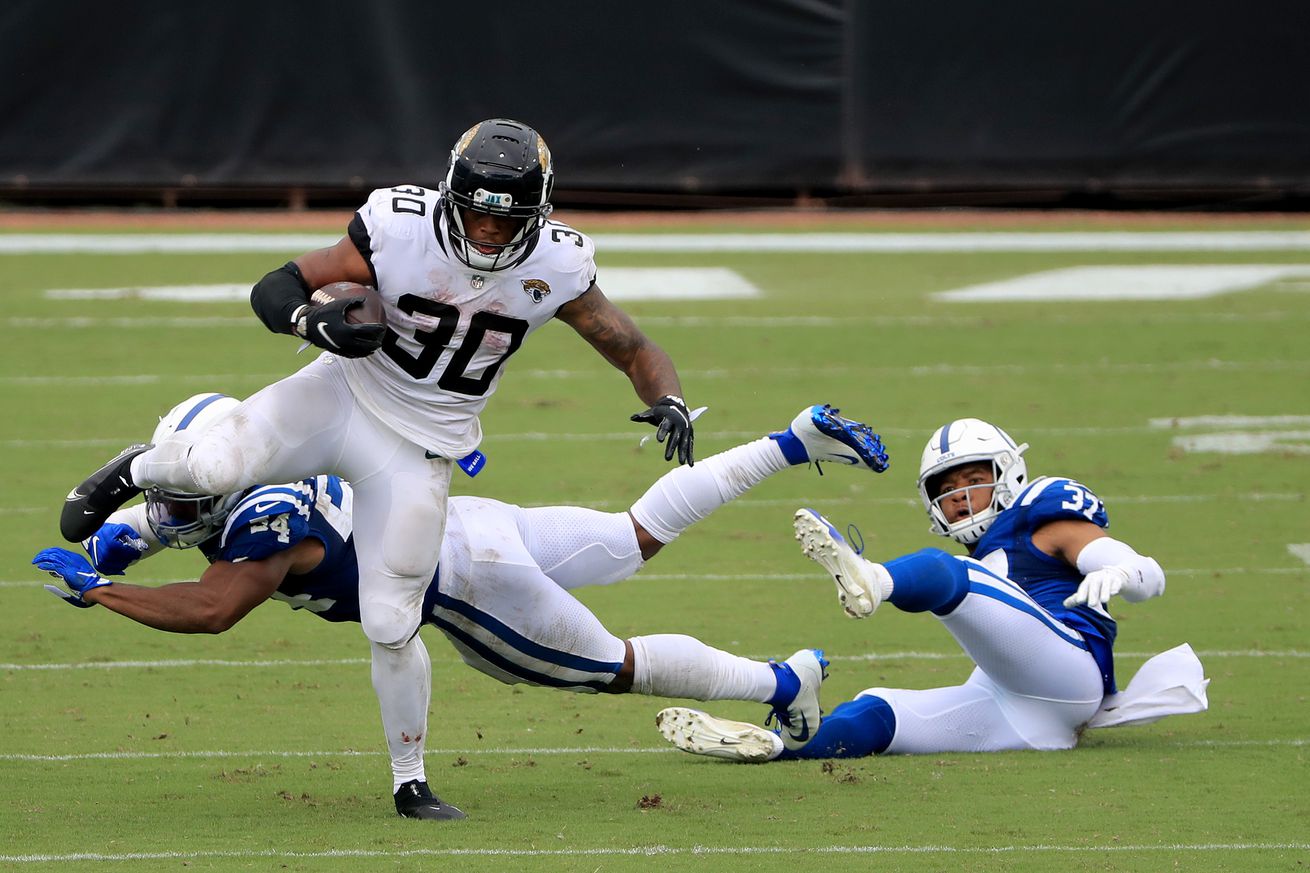 The power rankings are pretty volatile at the best of times, but never more so than at the beginning of the season. One where the preseason doesn’t take place to allow some settling of opinion is even more likely to produce hot takes and major movers and shakers.

After just one week, that isn’t very reasonable, but we’re talking about power rankings here, not a more authentic measure of success. So how do the Colts stack up in the rankings after dropping their opener to the lowly Jaguars? Here’s where they land:

(Jonathan) Taylor went from being the third running back in Sunday’s game against Jacksonville to being thrust into a more prominent role after starter Marlon Mack was lost due to a torn Achilles in the second quarter. Taylor picked up 36 yards the first time he touched the ball on a catch-and-run play. He finished the game with 67 receiving yards and 22 rushing yards. Taylor will have a chance to move into the starting lineup if he can handle the workload now that Mack is done for the season.

Philip Rivers looks like the same guy with the Colts as he did with the Chargers … and that was the problem for Indy in Sunday’s grim 27-20 loss to the supposedly tanking Jaguars. Rivers threw for 363 yards and a score, but he also tossed two interceptions and had another pick wiped away by a penalty. The idea here was that an elite offensive line would help Rivers play a smarter, more efficient brand of football in 2020. Not so far. The Colts lost more than the game: Running back Marlon Mack is done for the season after tearing his Achilles. If Jonathan Taylor is available in your fantasy league, close this window and do what you need to do.

CBS Sports has the Colts down from 12th to 17th.

Losing to the Jaguars in the opener is not a good way for the Philip Rivers era to begin for the Colts. The injury to Marlon Mack could impact the offense in a big way.

USA Today has the Colts down from 7th to 20th.

When you’re adjusting to a new quarterback (Philip Rivers), maybe it shouldn’t be stunning to lose your opener on road … even in Jacksonville. But losing RB Marlon Mack was a rude shock.

Yahoo! Sports has the Colts down from 13th to 21st.

Marlon Mack’s season-ending injury likely just means more work for Jonathan Taylor, and that was probably going to happen at some point anyway. However, eroding the running back depth could change the Colts’ overall philosophy a bit. And I’m not sure you want Philip Rivers being the focal point of the offense going forward.

Bleacher Report has the Colts down from 9th to 24th.

On one hand, it’s important not to read too much into Week 1’s results, especially in a year where there were no preseason games.

With that said, ranking the Indianapolis Colts inside the top 10 to open the year doesn’t look great after watching them fall to a Jaguars team that has the makings of an economy-sized tomato can in 2020.

The Colts dominated the Jags statistically, peeling off almost 450 yards of total offense. Quarterback Philip Rivers threw for 363 yards in his Colts debut.

But the penchant for interceptions that caused the Los Angeles Chargers to move on from Rivers reared its ugly head again. The Colts also couldn’t get their run game going, and starting running back Marlon Mack suffered what turned out to be a season-ending Achilles injury.

It isn’t time to panic. Only one of Indy’s next six games is against a team that sported a winning record in 2019.

But it also isn’t the start to the Rivers era in Indianapolis that the Colts were hoping for.