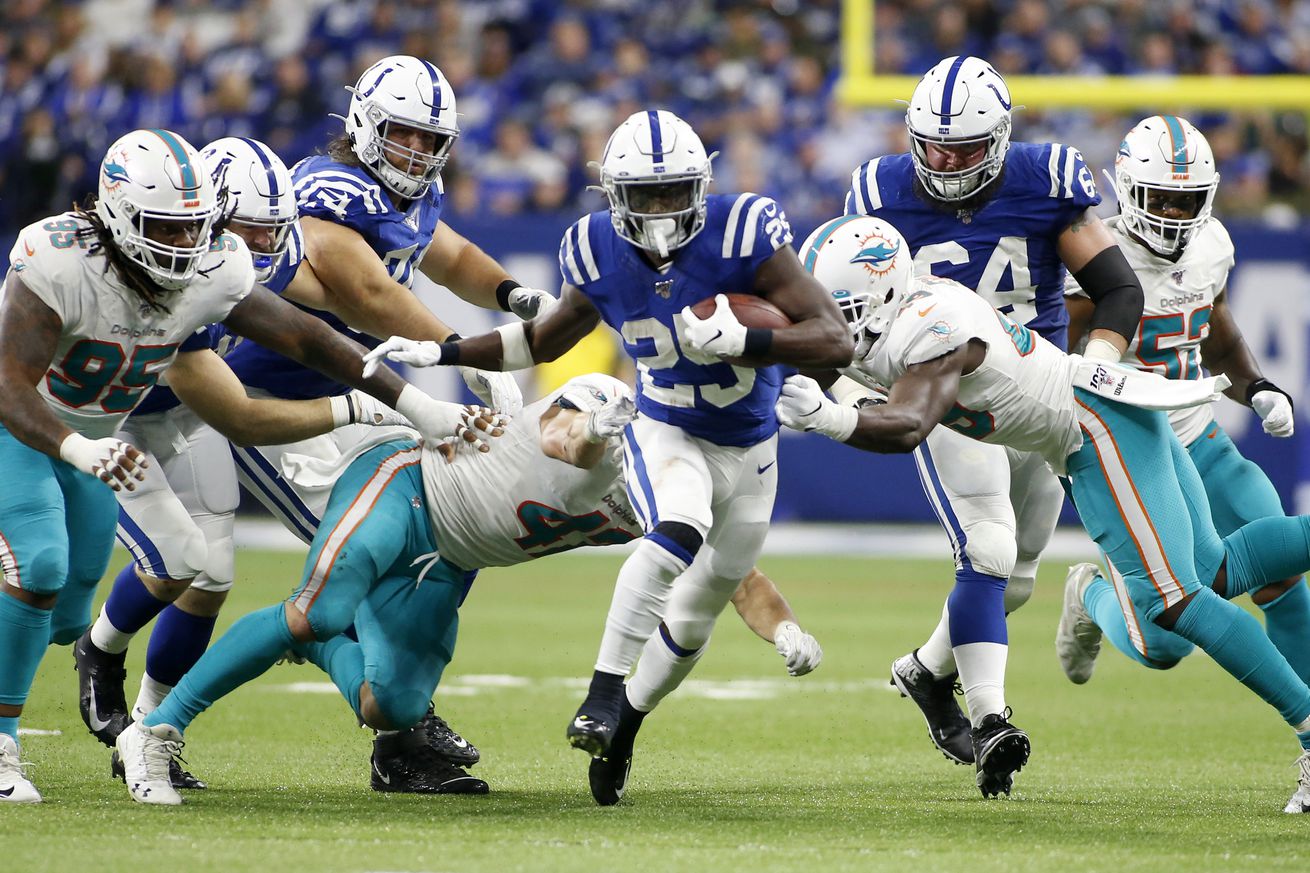 According to NFL.com’s Nick Shook, the Indianapolis Colts offensive line is a Top 10 best performing unit in expected rushing yards—coming in at the 7th overall spot:

We can confirm that the Colts’ offensive line is also very good. These numbers should jump in 2020, as long as Philip Rivers can play like he has when blessed with adequate offensive line play after working behind a sieve in Los Angeles last season. The fact that Anthony Castonzo bypassed retirement to return helps a ton and keeps the starting five intact for another go-around. The presence of rookie Jonathan Taylor in a backfield that sorely missed Marlon Mack in two key weeks last season should also make this offense a more well-rounded group. As for 2019, the explanation is fairly simple: The Colts, as they have for a couple of years now, are very good up front — they posted the best mark in rush yardage before close of this group at 0.8 — and when the rest of the offensive pieces are available and playing up to expectation, they’re a good football team. We should expect to see them in this group again next season.

Mack should form a ‘1-2’ punch with highly touted rookie back Jonathan Taylor, which should keep both bellcows fresher down the stretch and force opposing defenses to adapt to their contrasting rushing styles.

Specifically, Taylor (at 5’10”, 226 pounds) with his tantalizing speed-power combo—featuring exceptional vision and patience, should be a natural fit in the Colts’ power zone blocking scheme once he gets going as a rookie.

While the Colts offensive line collectively is one of the best units in football, a few of their offensive linemen really stood out in run blocking last season. In particular, Quenton Nelson (+90.1) and Braden Smith (+86.4) really shined with their PFF run blocking grades respectively (although all five of the Colts’ starting o-linemen graded out positively).

Any unit that has All-Pro road grader Quenton Nelson pulling and pancaking defenders is probably higher up on the NFL’s best run blocking list by default. However, not crediting his Colts’ o-line counterparts as well would be a major disservice—whom together, form one of the NFL’s top run blocking units. The Colts’ expected rushing yards rank clearly reflects that.