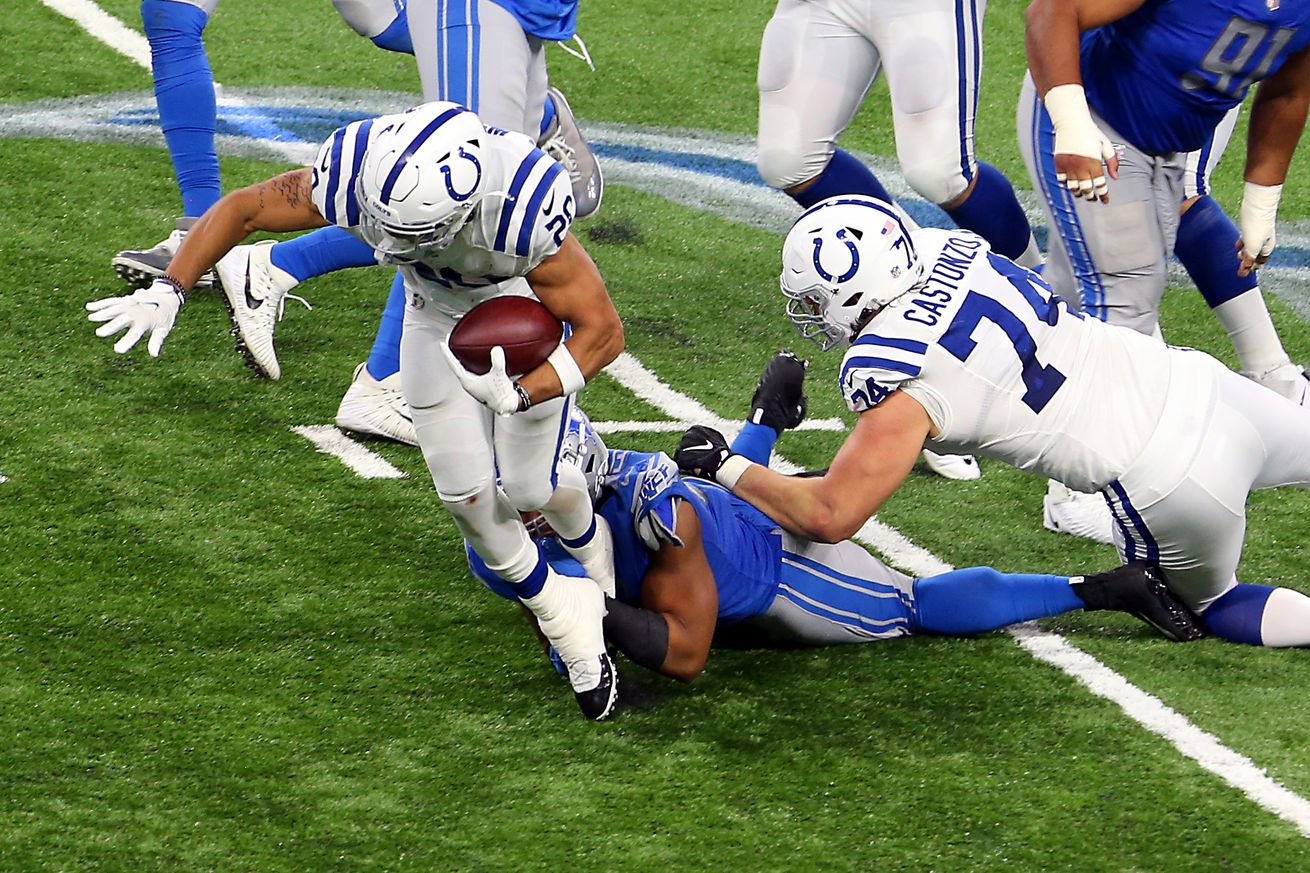 The Colts seem to be getting hot at just the right time, as the team prepares for the toughest stretch of the schedule with games against playoff teams and division rivals. Yesterday, Indy easily dismantled the Detroit Lions thanks to a dominant run defense and a very good day at the office by quarterback Philip Rivers

MVP of the Game: Philip Rivers

While he did not have to make the long throws he made against the Bengals the previous game, the Colts needed the passing game to get what looked like an anemic offense going. Rivers spread the ball around, using all three tight ends and running backs. The only player with more than 5 targets was receiver Zach Pascal, who got just 6. He gets some points off because it seemed like every time he made an audible the Colts ended up losing a couple of yards, but his level of play has been improving consistently since his horrendous showing at Cleveland.

Dud of the Game (The Grigsy): Michael Pittman Jr.

Hard to name a Dud of the Game in a blowout, but I still don’t see Michael Pittman making any sort of impact on this team. He is just a non-factor in the passing game, and for a team that lacks a big physical presence on the boundary, his inefficiency is even more evident. He seems to be a more than decent run blocker, so he has that going for him, but he was not drafted so high because of that.

Colts blowing out the Lions.

The Lions had gotten deep into Colts’ territory in their past 2 drives, so the game was not entirely out of reach yet, but Kenny Moore made sure to put the final nail in the coffin with the easiest pick-six I have seen in quite some time. I know Kenny is short and all, but Matthew Stafford did not even see him. This Colts defense has been absolutely amazing, and I cant wait to see how it performs against top tier offenses.

Man was I scared at that point. The special teams unit has been performing really well in all 3 stages this season, so watching the Colts get blocked on a punt and miss two extra points (one because of a bad snap, the other one just a poor kick from Blankenship) has to be concerning. Indy needs everything to be functioning smoothly if they are to beat the Ravens, so special teams has to get it together.

Two position groups mentioned here, because they truly deserve it. The running backs were all amazing yesterday. Jordan Wilkins was the lead back, as his vision and efficiency on the ground is earning him more and more snaps each week, Nyheim Hines had two scores in the passing game, and Jonathan Taylor was really solid in short-yardage situations. As for the defensive line, what else is left to say about one of the best units in the entire NFL. Buckner and Stewart are arguably the League’s best duo in the interior, with Houston and Autry on the outside. There is also plenty of depth available, considering how Tyquan Lewis has broken out this season and that Kemoko Turay is close to making a return.

If we complain when the refs screw us over, we have to acknowledge when they favour us, and yesterday was a case of the latter. The Colts got several questionable calls go their way, like a roughing the passer on Danny Shelton, or a pass-interference on Ashton Dulin, both of which helped the Colts get touchdowns instead of having to kick a long field goal.

Rookie of the Week: Julian Blackmon

No rookie excelled this week for the Colts, but the one with the best game was Julian Blackmon. He was not spectacular at all, and in fact he had a few mistakes here and there, but considering both Pittman and Taylor were not featured much on offense, and Blankenship missed two extra-points, this one goes to Blackmon.