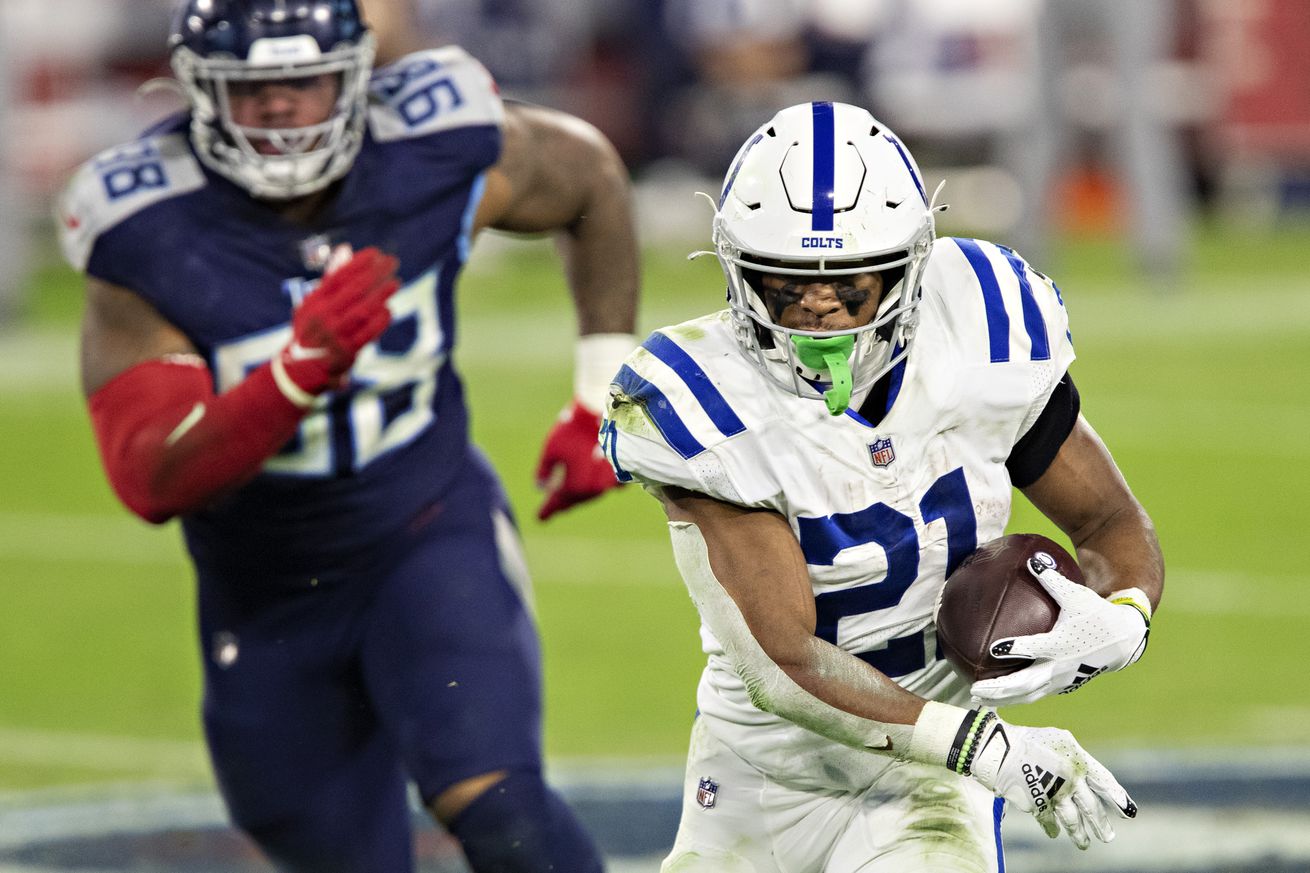 MVP of the Game: Nyheim Hines

Message to Frank Reich: Please start giving Hines more consistent touches. He has been by far the Colts best and most consistent offensive player this year and on Thursday he was the best player on the entire field against the Titans. Hines racked up 115 yards and 2 scores on just 17 touches, as he was a threat both on the ground and through the air. We all know that Reich likes to ride the hot hand at running back but Hines has been the hot hand all season long, and he is on a different level than Wilkins or Taylor.

Dud of the Game (The Grigsy): Justin Houston

Hard to pick a dud on such a solid win but Justin Houston has not been playing really well over the past two games, which is surprising because the Colts were facing teams without their starting tackles. An argument can be made that Houston does not match up well against more mobile quarterbacks like Lamar or Tannehill but his lack of impact on both the run game and rushing the passer has been concerning. Hopefully, Kemoko Turay can be back next week.

Play of the Game: Blocked punt for a touchdown

First of all, I would like to formally apologize to special teams coordinator Bubba Ventrone. Last season I wanted him fired. Now, the Colts have perhaps the best special teams unit in the entire NFL. Last Thursday, the Colts got yet another special teams touchdown as E.J. Speed blocked a punt by Trevor Daniel and T.J. Carrie returned it for a touchdown to put the Colts up 27-17.

Worst Play of the Game: Consecutive stuffs on one-yard line

The play-calling on short yardage situations near the goal line has been absolute trash by Frank Reich this season. In Nashville, the Colts were stuffed on both 3rd and 4th downs at the one-yard line. With one of the best offensive lines in football and solid running backs for every play call, this cant happen again. Credit to Frank though, who then brought in Brissett for a QB sneak which got the Colts a 2-yard touchdown.

For all the crap they have been taking, the offensive line actually had a really good game against a very tough Titans front. The running game got a lot of holes to hit and Rivers enjoyed relatively clean pockets throughout the course of the game. It is encouraging to see what was supposed to be the driving force of this offense get going.

The numbers speak for themselves. Now being serious, Carrie has been an excellent addition to the team not only on defense, where he serves as backup slot cornerback and even played some outside corner when Rhodes or Ya-Sin where hurt, but also on special teams.

Rookie wide receiver Michael Pittman Jr. has really stepped up over the last two games and against the Titans he had his best game of the season yet. Not only was he a big threat on intermediate crossing routes, but he also displayed plenty of athleticism on both a 40-yard catch and a 21-yard run.