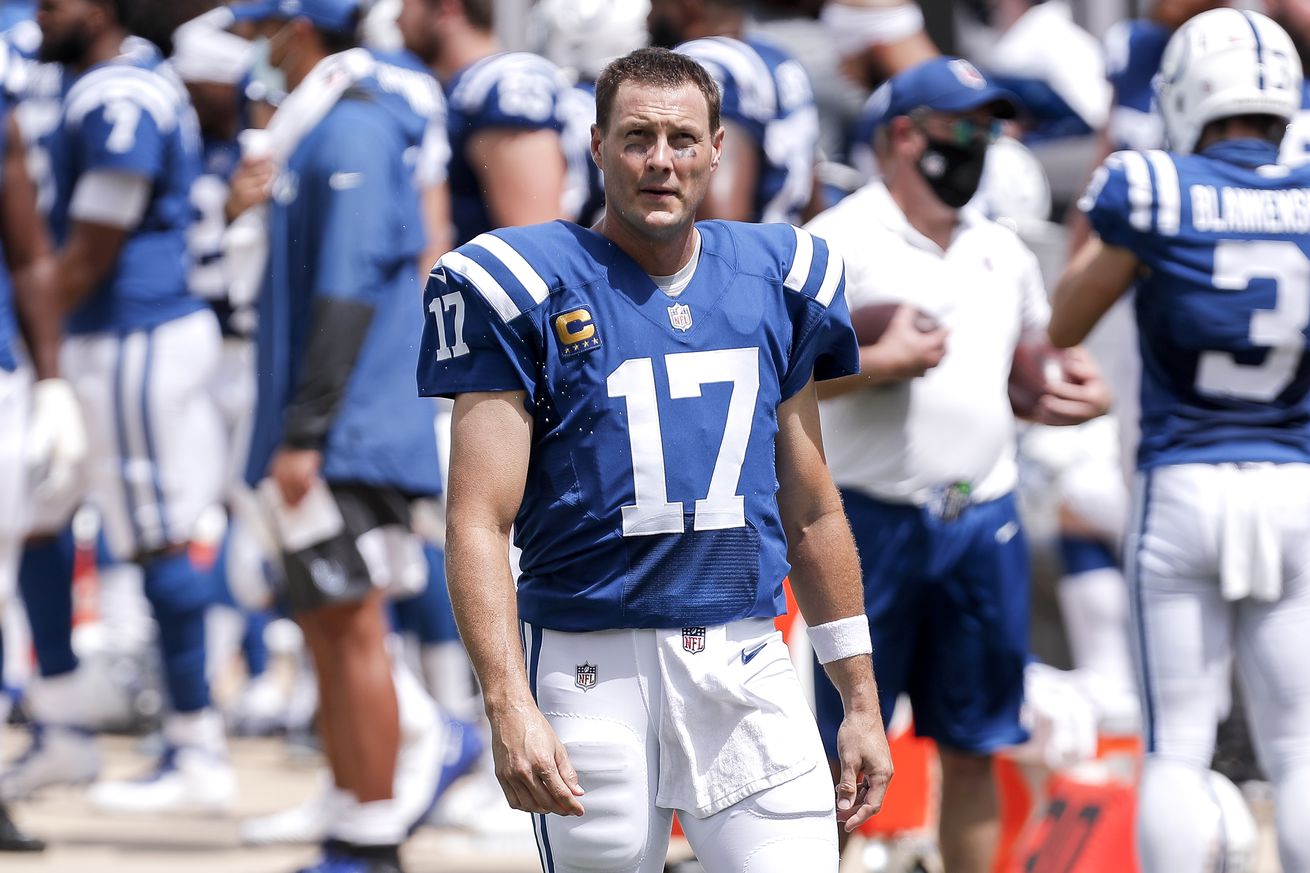 After all the waiting, football is back, and the Colts look exactly the same as they did last season. Playing in Jacksonville has historically being a tricky subject for the Colts, but yesterday’s loss hurts differently. Not only because the Jags are expected to be in serious contention for the #1 overall pick, but also because of all the improvements the Colts made over the off-season.

It was clear that with Rivers now at quarterback, Hines would get plenty of touches. What was surprising was the emergence of Parris Campbell as a legitimate threat. Hines was the most active player on offense and sometimes seemed like the only consistent option to move the ball. He also scored both the Colts’ touchdowns. Campbell is finally healthy and showing what made Ballard draft him.

Dud of the Game (The Grigsy): Eberflus and the defense

There is plenty of blame to go around for this loss. Rivers tossed two ugly picks, Hilton had a couple of drops, and Blankenship missed a 30-yard field goal, but most of the blame has to go to Eberflus and his defense, who made Gardner Minshew II look like Drew Brees. The Colts defense failed to force any turnovers, and despite sacking Minshew 4 times, they did not seem to consistently generate pressure and force inaccurate throws. The defense also had some clear miscommunication errors, like the one resulting in Keelan Cole’s wide-open touchdown. The front 7 will most likely get it together as the season progresses, but the secondary looks really, really rough.

Perhaps not the flashiest play, but it was the culmination of everything that went right for the Colts yesterday. It seemed as if after years of suffering in Jacksonville, the Colts were finally ready to exorcise their demons and get an easy win. Of course, that did not happen.

I’m going to need to watch this one a couple times to see who I need to hate #Colts pic.twitter.com/Ge9ab8DTNC

That touchdown ended up being the eventual game-winner for Jacksonville. Lets just hope it was just due to the lack of pre-season, and rust, and not a common theme for Indy’s defense this year.

Losing Marlon Mack certainly hurts, but I would not be surprised if Jonathan Taylor looks even better. Taylor has a second gear that I have not seen in quite some time wearing a Colts uniform, and it also looks like he got his catching issues solved, as he caught all 6 of his targets for 67 yards. Hines looked good running the ball, but is also a consistent dumpoff option out of the backfield for Rivers (if he is still available in your PPR league, get him right now). Wilkins will most likely get a couple more touches with Mack out for a prolonged time, and he proved last season he can do a lot with very little.

I understand he did not have his best game, but Rivers was so much better than any of Jacoby’s post-week 7 games last season. Even though he had his fair share of mistakes, it was so refreshing to see a quarterback throw a receiver open, or hit a guy in stride. If the running game gets going as it is supposed to, then Rivers wont have to play hero ball, the area where he struggles the most, and the veteran will be just fine.

Rookie of the Week: Rodrigo Blankenship

No credit to Hot Rod, who shanked a 30-yarder off the upright, but he was technically the Colts best rookie yesterday, nailing 4 out of his 5 kicks. For the sake of my mental health, let’s hope the miss was just an outlier due to his debut and that he has at least an average season.