Indianapolis Colts wide receiver Michael Pittman Jr. enjoyed a true breakout campaign during the 2021 season and now is looking to command even more respect as he enters his third campaign.

The former second-round pick led the Colts offense with 88 receptions for 1,082 receiving yards and six touchdowns while commanding a 25.7% target share.

With Matt Ryan now at the helm, Pittman Jr. wants to take his game to the next tier of wide receivers and prove he can be in the conversation with the solidified playmakers of the NFL.

“Everybody has their own definition,” Pittman Jr. said via IndyStar. “I think I am that (No. 1 receiver). I’ve just got to go ahead and prove that to other people, with whatever they think it is, whether it’s yards, touchdowns, whatever. I’m just trying to make that next jump.”

The room will be Pittman Jr.’s to lead. Though Ashton Dulin and Parris Campbell are technically the longest-tenured wide receivers on the roster, everyone will be following Pittman Jr.’s lead.

At just 24 years old, Pittman Jr. is set for another strong campaign. With Ryan under center, we may even expect him to be more consistent than he was during the second half of the 2021 season.

“I’m just trying to take the next step,” Pittman Jr. said. “Last year, I said that I was going to double every single category, and I did that. This year, I’m trying to build on that and become that definite Receiver No. 1 that everybody talks about.”

The addition of rookie Alec Pierce should help Pittman Jr. more than it hurts. The coverage will continue to roll the latter’s way, of course, but having the extra threats of Pierce and Campbell should help him see more 1-on-1 matchups.

His attention to detail and improving the nuance of his route running has been the focus of the offseason.

“Top of route stuff, working on route discipline, because sometimes you go out there and you just start playing football,” Pittman Jr. said. “And yes, I like to make plays like that, but you want to stay on QB timing, because it just helps everybody else flow.”

One reason we may expect better numbers from Pittman Jr. in 2022 is because of the quarterback change. Carson Wentz was good for Pittman Jr. because he targeted him at an extremely high rate. But Ryan will be beneficial for the young wide receiver for another reason.

During his rookie season with Philip Rivers, Pittman Jr. averaged 7.0 yards after the catch per reception, according to Pro Football Focus. Among players with at least 30 targets, that ranked as the sixth-highest mark in the NFL.

With Wentz, that number dipped down to 3.9 yards after the catch per reception, which ranked 55th among eligible wide receivers.

Pittman Jr. mentioned earlier in the offseason how Ryan’s ability to put the ball anywhere he wants should be beneficial for the entire offense.

But on top of that, The third-year wideout is also focusing on being a better leader in the room.

“Trying to be a team leader now, now that I’m kind of the older guy that’s in that room now,” Pittman Jr. said. “I’m only going into Year 3 now, but I’m the elder.”

The upcoming campaign should have plenty in store for Pittman Jr., and no one would be surprised to see him take a step up into the next tier.

Colts’ Kenny Moore arrives for physical ahead of minicamp

11 things to watch during Colts minicamp 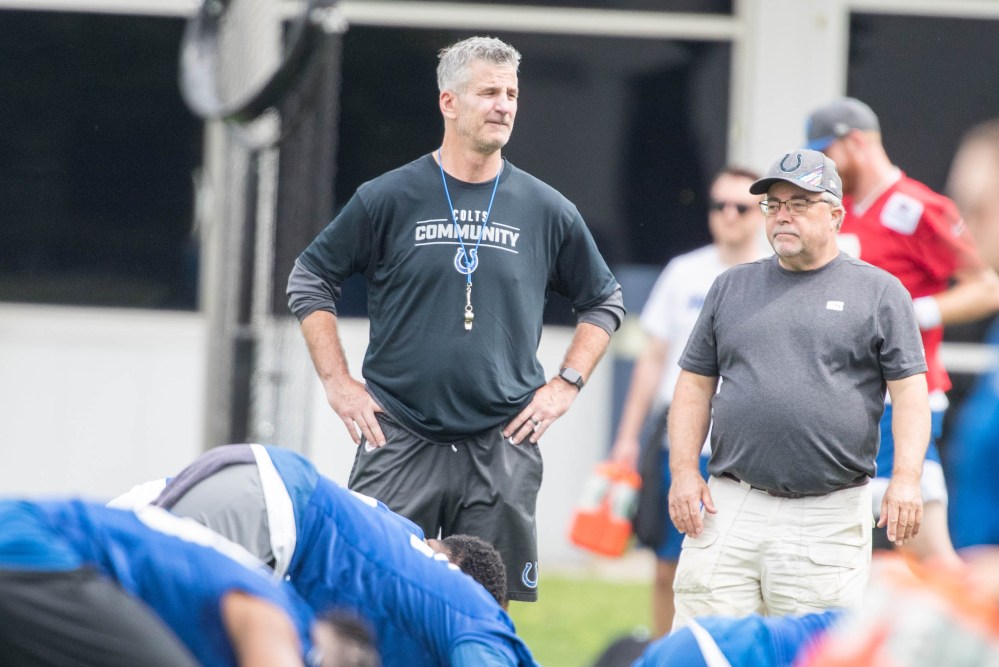