The Indianapolis Colts (5-2) will be preparing for a big game in week 9 when they host the Baltimore Ravens (5-2) and game-changing quarterback Lamar Jackson.

Typically throughout the week of practice, the Colts will replicate the style of the opposing quarterback. When it comes to preparing for Jackson, defensive coordinator Matt Eberflus told the media that there really isn’t a way to replicate his style.

“You don’t, you really can’t. You can’t really replicate that or the speed of it. That’s typical of every week but it’s more so this week because of the different ways they run the football with the option phases to it and all that. We’ll do the best we can,” Eberflus said. “We’ll have different guys in there at different times and we’ll do the best we can. Our show team has done a really good job this year of giving us great looks and I know they’ll do a great job this week as well.”

Coming off of his MVP campaign, Jackson has regressed a bit as a passer. He’s completing 60.5% of his passes for 1,343 passing yards, 12 touchdowns and four interceptions. The efficiency is still there in the raw numbers but his touchdown rate has expectedly fallen from 9.0% down to 6.3%, which is still pretty strong.

But where Jackson changes the game is with his legs. Even that has regressed a bit as Jackson is averaging 58.7 rushing yards per game, which is down from his 80.4 average yards per game from 2019.

Even with a slight regression, the Colts know just what kind of challenge Jackson will be from a rushing perspective.

“When you’re dealing with a guy that can run all phases of the running game from A to Z, it’s always a challenge. A guy that can run that fast, can run sideline to sideline, can run inside the tackles – it’s a big challenge for us and we’re going to need all of our team’s speed this week,” Eberflus said.

The Colts have been strong in limiting quarterbacks throughout the season, but they haven’t seen one yet like Jackson and they likely won’t for the rest of the season.

Keeping him limited in the run game while forcing him to make decisions under pressure will be vital if they want to come out with an upset on Sunday. 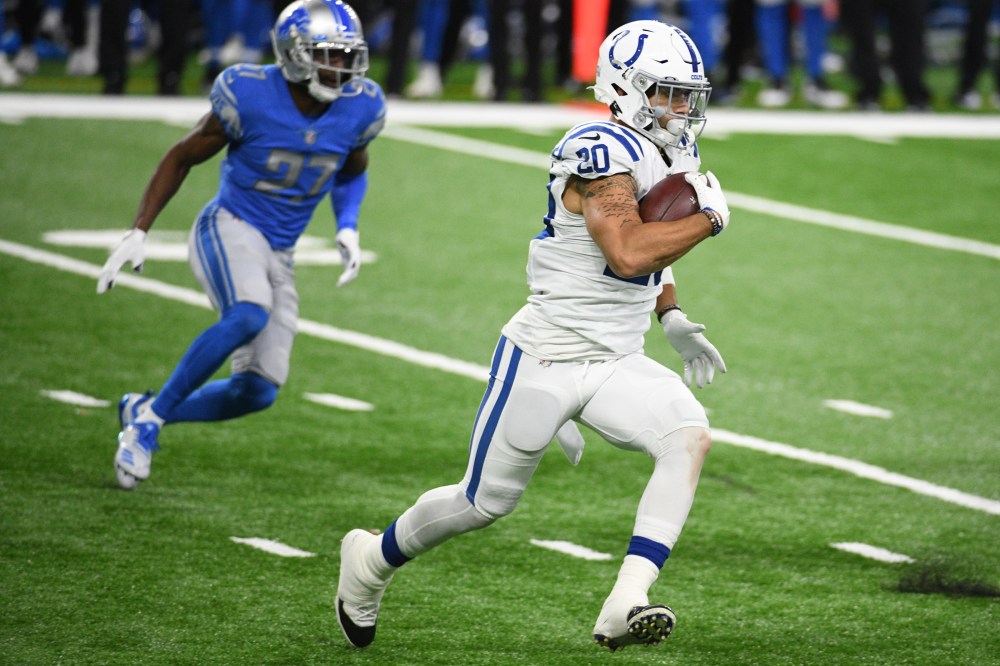