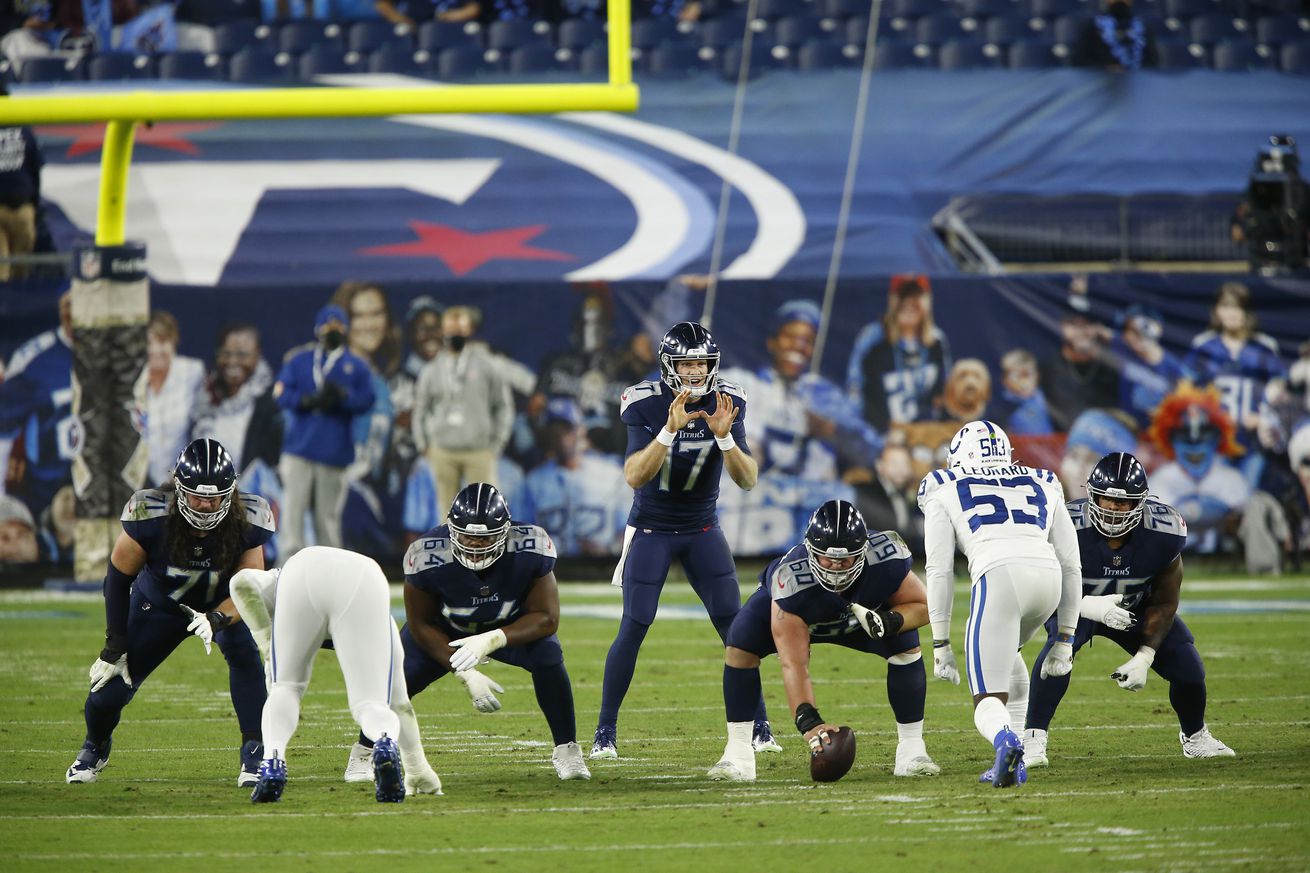 I seem to have some supernatural power where opposing players I mention in these articles end up leaving the game with injuries (I’ll put Rodgers, Jones, Bakhtiari, and Adams next week). Saffold was forced out of the game with an ankle injury early and attempted to return later. His injury is bad news for a Titans team with a banged up offensive line.

I knew before the game that the Titans were going to miss Brett Kern. Hines did not get a chance to return Daniel’s punts because one was a big shank that went just 17 yards, one was called for a fair catch, and the other was blocked for a touchdown. Rough day at the office for the hometown hero, so do not expect his gifts once the Colts face the Titans again.

While we did not get the fireworks of these two meeting face to face in the hole, Henry was actually solid against a really tough Colts front. While he did not reach the end zone, he made the most out of every carry and seemed to always break a tackle or two. Buckner was much more important in the passing game, where he was consistently in Tannehill’s face.

Philip Rivers vs. His Own Recklessness

Surprisingly, Rivers finished the game with no turnovers, which seems to be the key for the Colts. In the Colts’ 6 wins, Rivers averages just 0.33 turnovers per game, while in the 3 losses that number jumps all the way to 1.66. Rivers will need to have clean games for the Colts to come make the playoffs out of this tough stretch.

Rodrigo Blankenship vs. Kicking away from LOS

Blankenship went 2/2 on field goals and 4/4 on extra points, continuing his hot stretch. I have to recognize that I liked McLaughlin better and was kind of surprised when the Colts stuck with Blankenship but it seems to have been paying dividends.