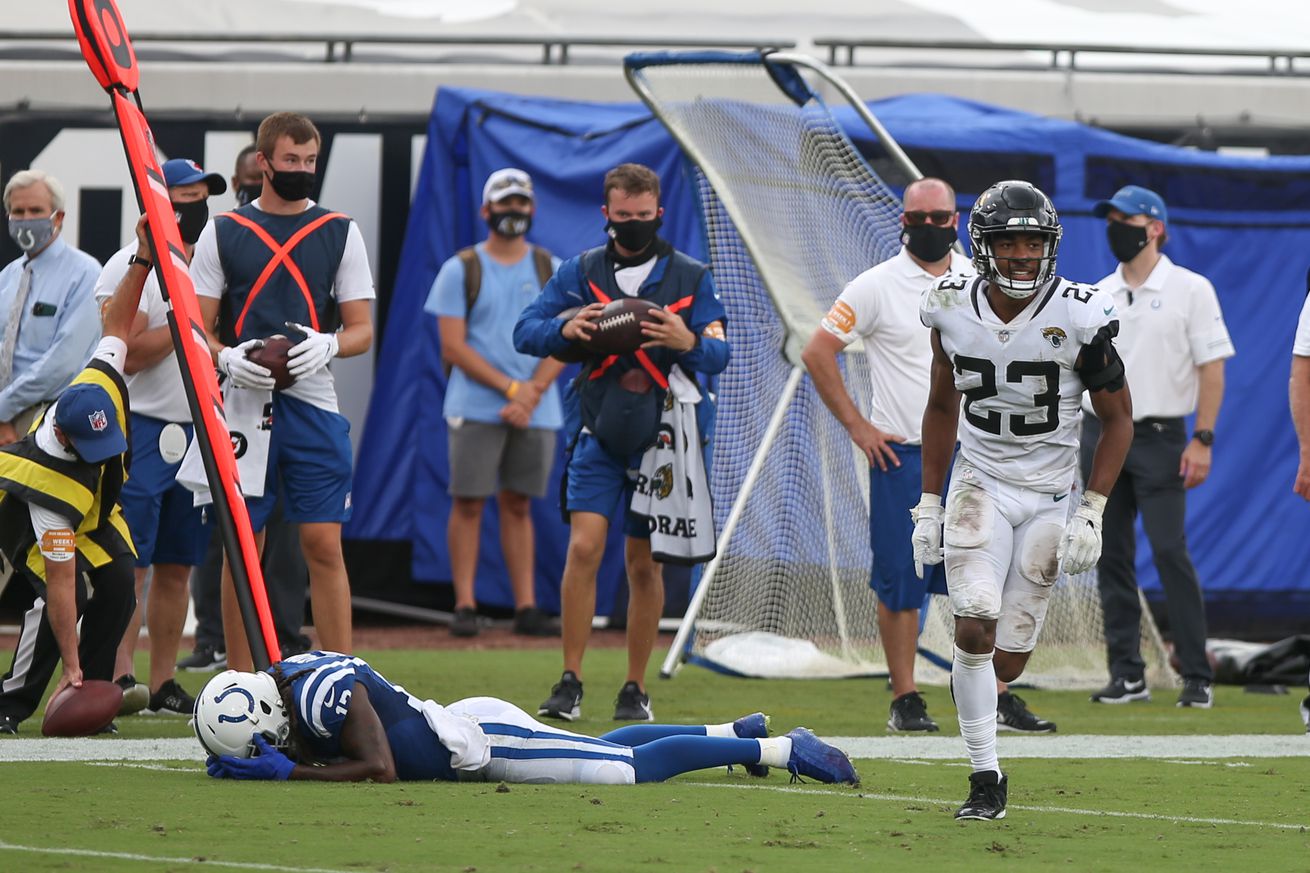 As predicted, Hines was Rivers’ favourite target in the passing game, hauling in 8 of his 9 targets for 45 yards and a score. Hines has blazing speed and runs some crisp routes out of the backfield. He is quite limited as a runner but his receiving ability will make him a staple in this Colts offense, especially with Mack out for the season.

Surprisingly, the Jags defensive linemen got the best of the Colts o-line in the running game, as Nelson, Kelly, and Glowinski failed to open up holes, the bread and butter for the Colts’ offense last season. The play that stood out the most was the stop on 4th and 1 in the redzone where Nelson and Kelly failed to open up enough space for Hines to get the first. Shocking loss for the Colts in this match-up.

Yet another win for the Jags here, Allen generated consistent pressure on Rivers. Even though the stat line does not reflect, Allen had a great start to the season on Sunday, as Smith’s struggles versus more athletic pass rushers continue.

I got flashbacks from Ronald Darby’s amazing debut versus the Colts a few seasons ago. Henderson had himself an amazing game, even though he got beat on a couple of routes by T.Y. he was a solid tackler and made the game winning stop on 4th down. Kudos to him, Jacksonville got another lockdown corner after losing Jalen Ramsey.

Rodrigo Blankenship vs. The Yips

“Oh sh*t, here we go again”, Blankenship missed a 30-yard field goal off the left upright. We can only hope it was a one time thing and he gets this issues resolved, otherwise we can expect another season trembling at the sight of the field goal unit lining up.