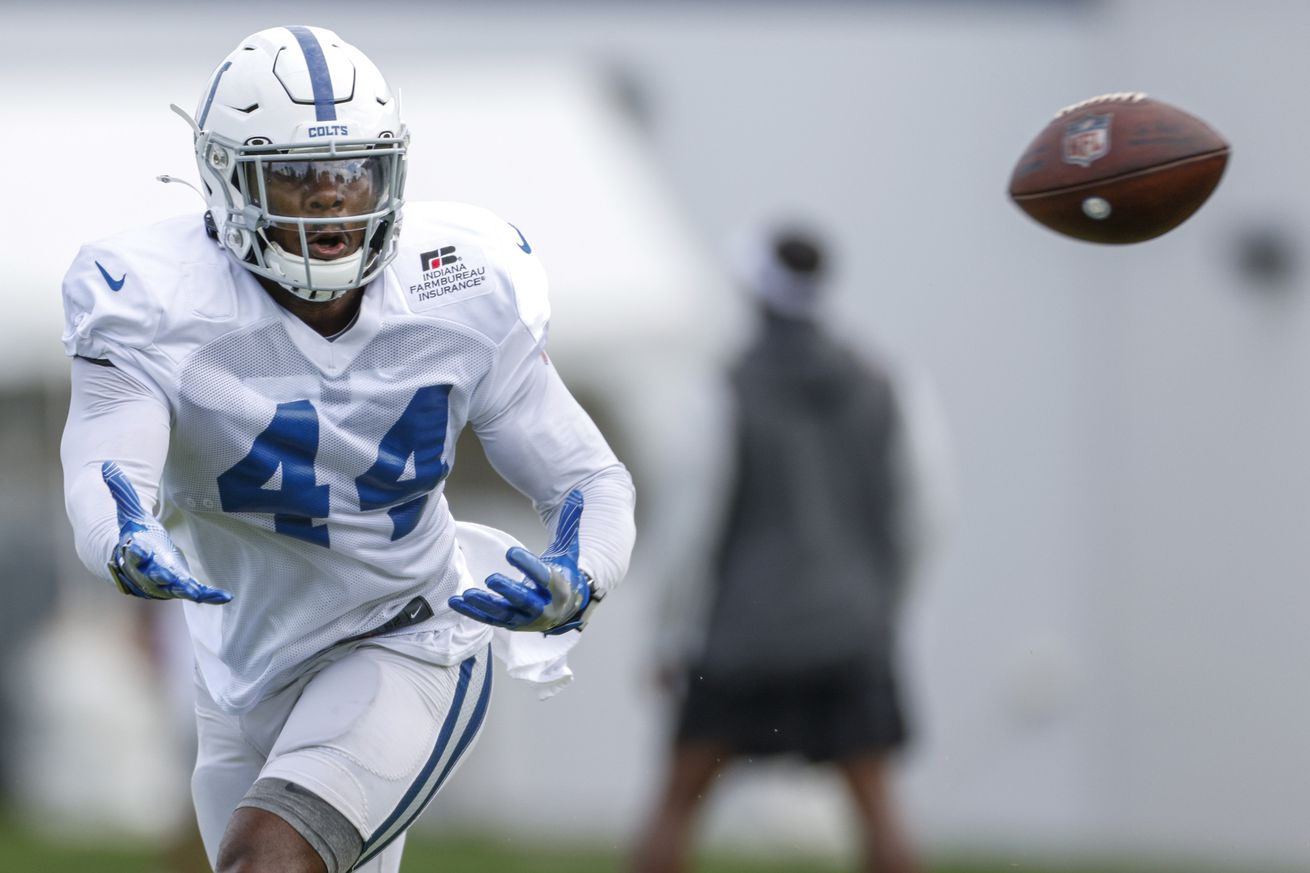 Two Indianapolis Colts who may have been on the initial 53-man roster bubble to start training camp: linebacker Zaire Franklin and defensive lineman Tyquan Lewis have both had stand out showings and now seem like safe bets to make the active squad.

Regarding Franklin, the former 2018 7th round pick of the Colts had been a serviceable backup linebacker and solid special teamer—but was no lock to make this year’s active roster.

He’s since emerged as a leader in the Colts locker room and appears to be an invaluable depth piece for 2020—as arguably Indy’s top backup linebacker in training camp so far:

One guy not being talked about a lot who is having a good camp: Zaire Franklin. Consistently around the ball and making plays. #Colts

Tavon Wilson with a breakup of a Chad Kelly pass that Zaire Franklin picks off and takes back the other way. Both of those defenders have had nice camps.

For what it’s worth, Franklin led the Colts’ in special teams snaps last season—having played 81.3% of Indy’s total special teams snaps in 2019. However, by showing that he can be a useful backup linebacker when called upon, means that he’s clearly boosting his stock.

Meanwhile, Lewis, as a Colts 2018 second round pick, has been an enigma since entering the league. He initially flashed promise as a rookie—at defensive end, before converting to defensive tackle last season and had a largely forgettable/injury limited 2nd-year season.

However, Lewis has been among the Colts most impressive young players in training camp:

This is really getting ridiculous. Tyquan Lewis with 2 sacks on one series, now just chased down Jordan Wilkins for big loss

This drive’s last eight plays, and Tyquan Lewis has two sacks and a tackle for loss. He’s going against third-teamers, granted, but he’s owning them.

Then a gorgeous sideline throw from Jacob Easton to Reece Fountain, who fights for the catch amid two DBs.

Tyquan Lewis has been a maniac today. He’s everywhere. Just blew up another run behind the line. He already had two “sacks.”

“He’s literally showing up every day, quite often…If he keeps up at this pace, that’s going to be big plus for us.”

Lewis playing mostly in the interior this camp.

Some takeaways from today’s scrimmage:
— The Colts want to throw the ball to their RBs, including …
— Marlon Mack, who can catch & was explosive on the ground today
— Tyquan Lewis in early running for training camp MVP.
— McLaughlin has clear edge in kicking competition.

Tyquan Lewis continuing to make an impact. Bats down a pass from Jacoby Brissett at the line of scrimmage from the DT spot. He has really, really responded to the pressure he’s facing this training camp.

Tyquan Lewis has been terrific all camp. Dezmon Patmon has put together a couple good days in a row.
Can’t really think of anyone who was expected to be an impact guy who has struggled significantly.

Tyquan Lewis for TCMVP. Just forces a Nyheim Hines fumble, which is recovered by DE Gerri Green. Second time Lewis has blown up a play today.

Given his positional versatility, Lewis—along with veteran Denico Autry, is expected to help fill the void of last year’s departed starter Jabaal Sheard along the defensive line. Lewis could prove to be a valuable rotational depth piece this upcoming season in the defensive trenches for the Colts—if he can keep up his torrid training camp play.

Both players have made the most of their opportunities in training camp and have really flashed on the field.

That should bode well for their Colts’ 53-man roster security just ahead of the 2020 season.