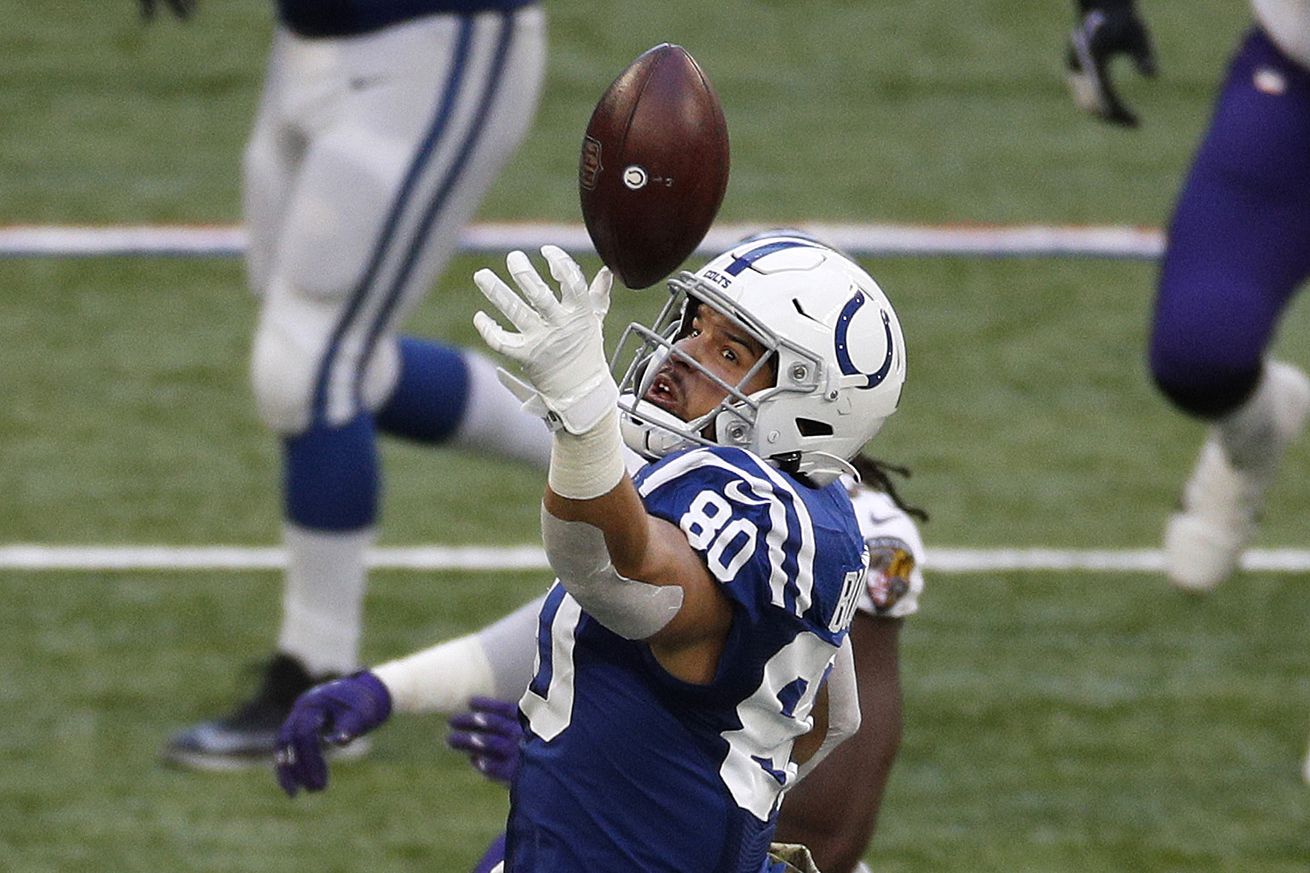 There are few times in Colts history when a game has been more defined by two entirely different halves of football. In the first half, the Colts were able to suffocate the Ravens vaunted rushing attack and forced Lamar Jackson to move the ball through the air. The defensive line was regularly winning in the trenches and kept Baltimore’s speedy quarterback in the pocket. The offense was not spectacular but was effective in each phase – getting contributions from seemingly everyone.

If not for a Jonathan Taylor fumble that was returned for a touchdown, the Colts were pitching a first half shutout. The Ravens looked lost. The Colts looked like a legitimate contender in the AFC.

The second half saw the Ravens offensive line impose their will and get the rushing game going. Baltimore decided to speed up its offensive pace and to change the game plan to quick developing passing plays that ate up the Colts zone heavy defense. The Colts offense spent much of the second half on the sideline after Philip Rivers was ruled as throwing an interception on what is potentially the worst in-game review call that I’ve ever seen overturned.

While the Colts found plenty of ways to lose the game outside of that call, it can be argued that nothing was a bigger momentum swing in Baltimore’s favor. Right after the defense forced a turnover with the Ravens in striking distance, Lamar Jackson was handed the ball again and continued with the same momentum. Had the Colts put together an offensive drive of their own and gave the defense time to recover and make some adjustments, it could have made a big difference. If the Colts punted, field position alone mattered.

At the end of the day, the Colts offense failed to get anything going after half time. This has too often been the case this season. Either Chris Ballard has utterly failed to build a roster with the skill position players needed to give the Colts a chance or Frank Reich has proven inconsistent at best in getting the best out of those players. Additionally, Matt Eberflus has spent much of the year making adjustments at the half that benefitted his defense. Today, half time compliments thrown his way as a potentially head coaching candidate were followed by a total collapse.

If there is a positive, it’s that the Colts showed they are absolutely good enough to compete with a playoff-caliber team. For one half, they dominated a playoff caliber team. The negative is that the offense is still inconsistent, seemingly has no identity, and will have to put things together in a hurry if Indianapolis hopes to win a game or two in the month of November.