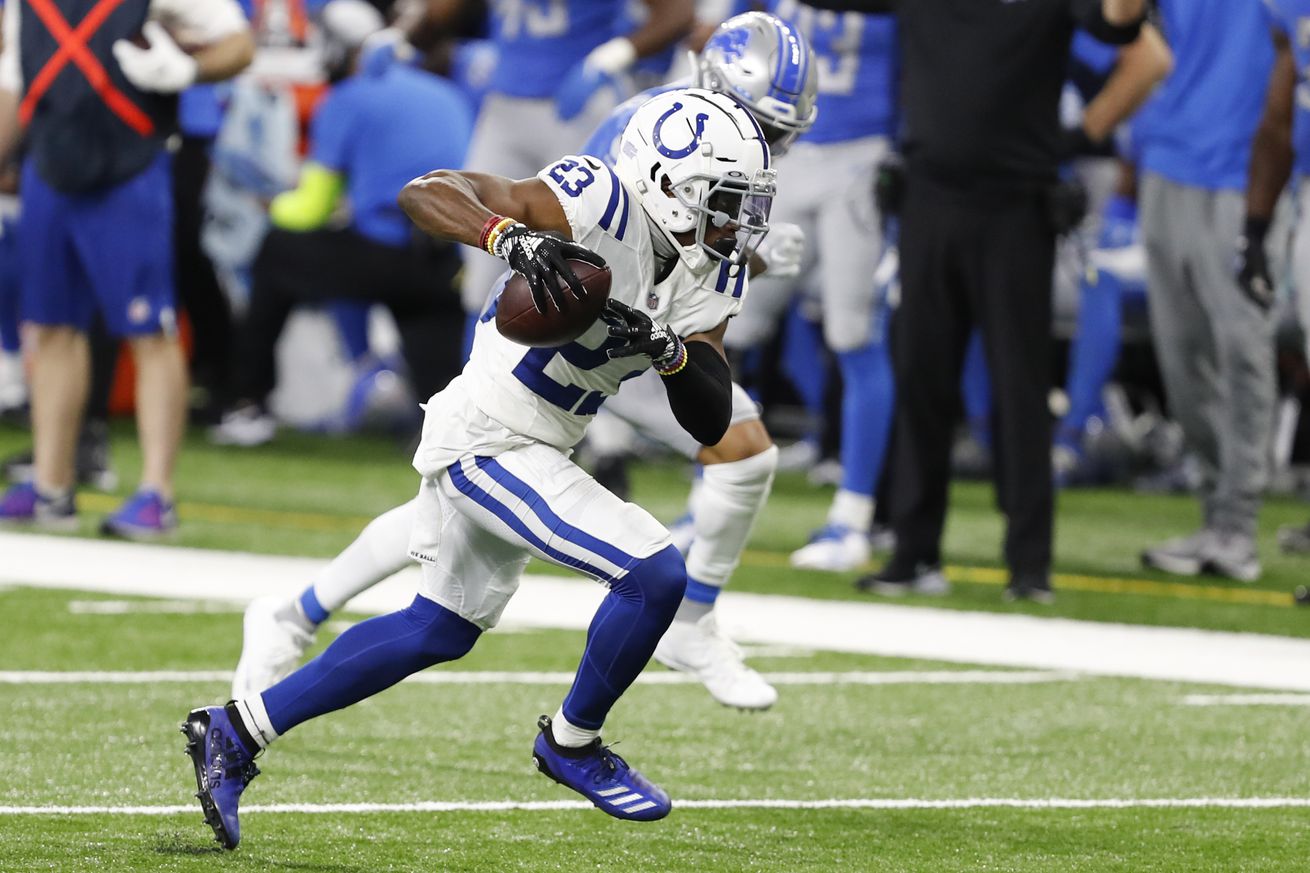 The Indianapolis Colts kick off their toughest stretch of the 2020 NFL season when they host the 5-2 Baltimore Ravens. Baltimore will enter Lucas Oil Stadium trying to recover from a close loss to the undefeated Pittsburgh Steelers last week, and will have to do so without a couple of important pieces, including dominant cornerback Marlon Humphrey. The Colts have nearly returned all of their injured starters but will still be without defensive end Kemoko Turay.

On paper, the Colts matchup well with the Ravens. Lamar Jackson is the most dynamic player the Colts defense will have faced this year but his greatest strength is his speed and elusiveness as a runner. The Colts defense’s greatest strength is speed, which could limit Jackson’s impact as a ball carrier. On the other hand, Jackson has dropped off considerably from his 2019 season as a passer. He has struggled at times with accuracy and has made costly mistakes. The Colts secondary thrives on capitalizing on mistakes. The Ravens bring an offense with an identity that is rooted in running the football. The Colts defense has been one of the best in the NFL at stopping the run.

Baltimore’s defense is good as always, which will make it difficult for the Colts to get things going on offense. Unless, of course, Frank Reich and Philip Rivers continue to open things up with the playbook. The offense has been horrible in first quarters of games recently but in the second quarter it has been ridiculously strong. An interesting observation is that early in games the offensive plays are scripted. As the game moves on, improvisation sets in. Generally, the Colts offense have been more productive when improvising.

This should be one of the day’s most viewed games and certainly is important for both teams. The Ravens are looking to keep pace with the Steelers in the AFC North and the Colts are currently tied with the Tennessee Titans for first in the AFC South. A loss for either team creates a lot more pressure down the stretch. Here are the keys to the game.

FORCE JACKSON TO THROW THE BALL

The Colts will need to be at their best to continue their dominance against the run. Baltimore will use motion and deception to try to create running lanes and will test Indy’s discipline. If the Colts can keep the running game in check, they should force John Harbaugh and Lamar Jackson to go to the air. Indianapolis has been active in the passing lanes, racking up numerous passes defensed, deflections and picks in recent weeks. Jackson throwing the ball a lot will give them opportunities to have a big impact on the game.

Nothing could make this more likely than getting ahead on the scoreboard. While the two teams are similar in many ways, it can be argued that the Ravens would be heavily favored if they can play with the lead early. If the Colts can buck the trend of slow offensive starts this week, Baltimore might have to abandon its bread and butter.

These defenses thrive on active hands, turnovers, strips, you name it. If the Colts can create turnovers and keep Jackson on the sidelines, they can continue controlling the clock and wear down Baltimore’s defense. While time of possession in and of itself is not a particularly valuable stat, the impact time of possession has on players certainly can make an important impact.

It’s hard to imagine either team winning this game if they lose the turnover battle.

Scoring could be at a premium in this game. Missed field goals, extra point tries, and failed red zone trips simply cannot happen today. Will rookie kicker Rodrigo Blankenship rise to the occasion in the biggest game of his young NFL career? Will Philip Rivers play like he has the last two weeks or like he did earlier in this season?

WIN IN THE TRENCHES

The offensive and defensive lines are strengths for both the Colts and the Ravens. The team that is able to win in the trenches will have a huge advantage. While this is always true, it is arguably more important in this game.

Both teams want to establish a running game to setup play-action passing or to help their pre-snap motion and deception work. Jackson is prone to making mistakes under pressure and the Colts often send only four players to create pressure. The Ravens love to blitz and Philip Rivers isn’t particularly mobile so communication in the trenches will be key.