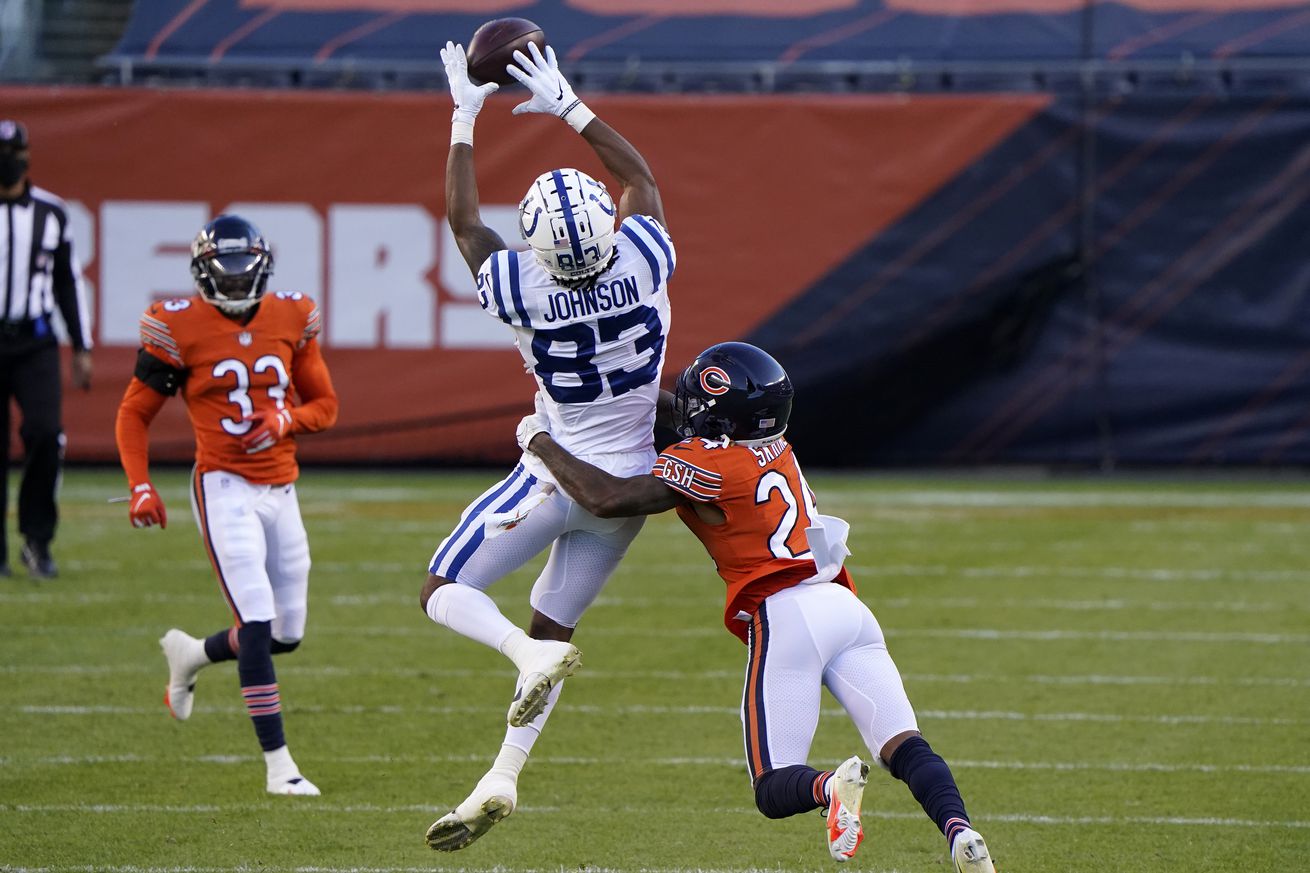 The Colts have the hardest contest up to this point in the season ahead of them. They return to Indy to take on the 5-2 Baltimore Ravens who are coming off of a loss to the Steelers.

The Colts will need to compete in all three phases of the game this week to come out with the victory.

Let’s check out which players on offense and defense I believe are keys for the Colts to get off to a 6-2 start.

There are so many options this week for my key player on offense. I struggled between picking a running back and a wide receiver.

While the Ravens do have a good run defense, holding opponents to 100.3 rushing yards per game, I could see the Colts rushing attack being slow which would force them to rely on Rivers’ arm.

Johnson has been a playmaker for the Colts for the limited time he has had on the field. This season, he has just 11 receptions, but those 11 catches have accumulated 227 yards. An average of 20.6 yards per reception.

Of those 11 catches, six of them are considered big plays, which is a reception of 20 yards or more.

Johnson is still waiting on his first touchdown of the season, and this would be the perfect game to pull one in.

As of Saturday morning, Johnson is still marked ‘questionable’ for Sunday’s game. If he does not play, the Colts will need their offensive production from a guy like Zach Pascal, who I also considered for my offensive key player.

The Ravens have been giving up 248.7 yards per game in the air, and have an all around solid defense. The Colts will need big plays coming from somewhere, and who better than the guy that has been making what seems like a couple big plays every single game he gets in.

I think Darius Leonard is the obvious pick for this game, and honestly could be picked as my key player on defense every single week.

The Ravens are a major threat on the ground because they utilize their running backs and their running quarterback, Lamar Jackson.

Leonard leads the Colts in tackles after most games he plays in, and he’s going to need to do the same on Sunday. Jackson will be all over the field, and the Colts need to find a way to shut him down.

The Colts have had an incredible run defense all season long, but this is likely their biggest test yet.

Leonard is a leader on the team, and the linebacker position in general will probably have the most action on Sunday. Fellow linebackers, Bobby Okereke and Anthony Walker will have their work cut out for them as well.

Leonard has been a key playmaker for the Colts ever since he first put on the horseshoe. It’s not just with tackles either, he has had some interceptions, sacks, and forced fumbles in his young career as well.

Here is one of his big plays from last week, a forced fumble:

If Leonard can create plays like this, and the Colts can feed off of Jackson’s mistakes, they may be able to pull off the victory. It all depends on stopping the run.