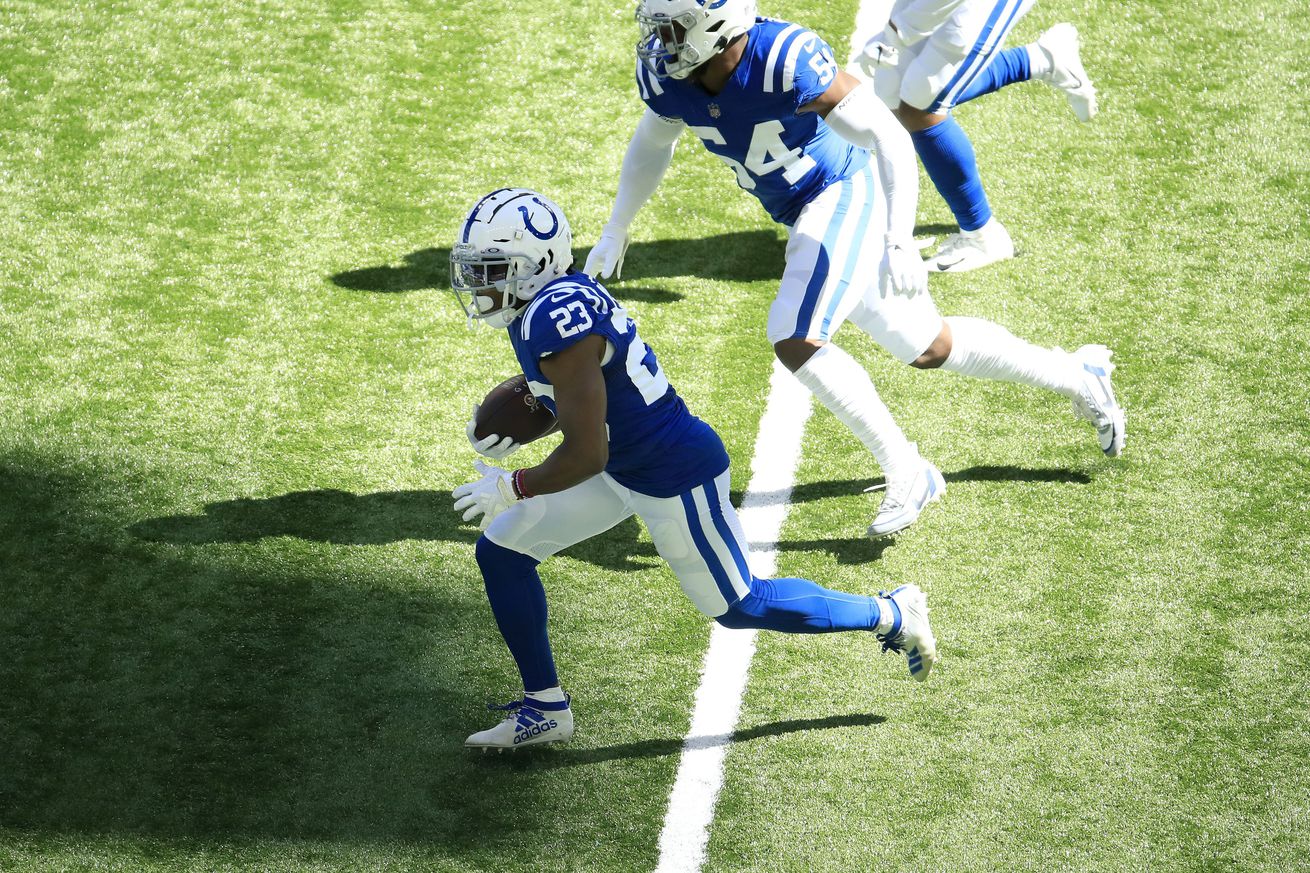 Not all NFL journeys start the same. Some of them start without the pomp and circumstance of getting drafted. Most of those players don’t even make the team that bring them into training camp. Careers with that type of beginning often have a quick and uneventful end.

Every once in awhile, a player capitalizes on limited opportunities and claws their way to an NFL career. One out or two out of this small group turn into stars.

For Kenny Moore II, this was his beginning. Passed on by 32 NFL teams for seven rounds in the 2017 NFL Draft. Waived by the New England Patriots after working hard in training camp to make a name for himself. Signed by the Indianapolis Colts and buried deep on the depth chart with little reason to feel confident he would get a long look on defense.

As it happened, injuries gave him a small window of opportunity and Moore made the most of it. He is considered one of the league’s top nickel corners. He has been one of Indy’s most effective pass rushing weapons — and he plays cornerback. He is a ridiculously stout run defender, particularly for his size. He uses his speed, vision, and play recognition to make impact plays frequently for the Colts defense.

He recently took the time to speak on the Jim Rome show and shared a bit about his experience and how he managed to get through the early challenges to end up where he is today.

It’s entirely fair to acknowledge that Moore is one of the most important pieces on the Colts defense and as the leader of the secondary. He is a borderline Pro Bowl caliber talent who was rewarded for his efforts with a large contract a season ago and who exemplifies the type of personality and work ethic Chris Ballard has sought out as he built the locker room.

We look forward to seeing his continue evolve and hope to see him get the kind of recognition he deserves by the Pro Football Writers and NFL.