The Indianapolis Colts (0-1) are preparing to host the Minnesota Vikings (0-1) at Lucas Oil Stadium on Sunday for their home opener in Week 2.

Following their season-opening loss to the Jacksonville Jaguars at TIAA Bank Field, the Colts have a chip on their shoulder looking to get back into the win column.

For those in the purple portion of the broadcast map, you’ll get the Colts and Vikings on FOX, courtesy of 506 Sports. 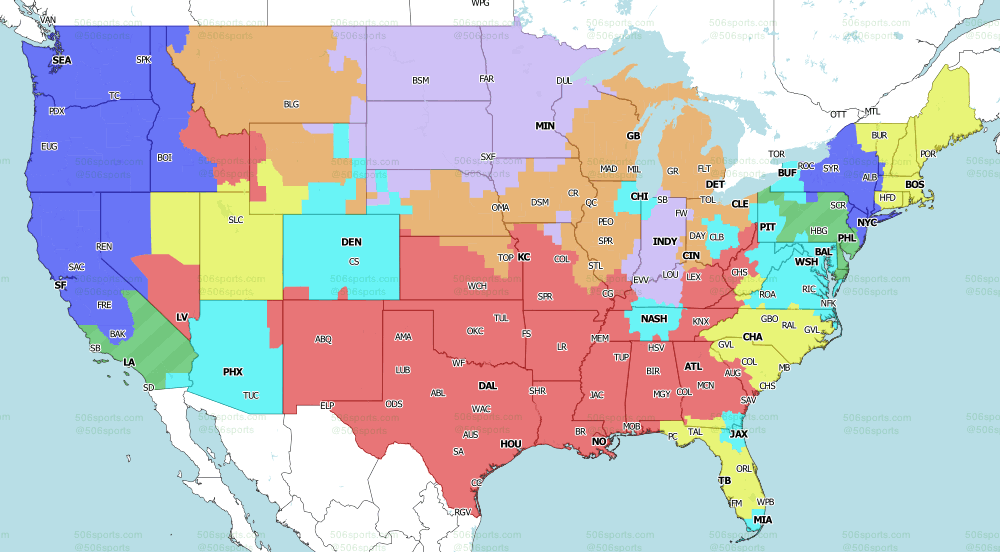 For those who aren’t in the area, the game can be streamed on fuboTV (try it free).

Getting the call for the Week 2 game will be Tim Brando (play-by-play) and Robert Smith (color commentary).

The Colts are looking to avoid going 0-2 after dropping the opener against the Jaguars. The Vikings are in the same boat after allowing the Packers to score 43 points on their home turf, the highest total in Week 1.