The Indianapolis Colts (1-1) are preparing to host the New York Jets (0-2) at Lucas Oil Stadium for a Week 3 matchup.

Following their first win of the season over the Minnesota Vikings, the Colts are massive favorites against the Jets at home this week. Even with some potential players missing due to injury, the Colts should handle this game relatively easily.

For those in the green region of the broadcast map, the game will be on the local CBS channel, per 506 Sports. 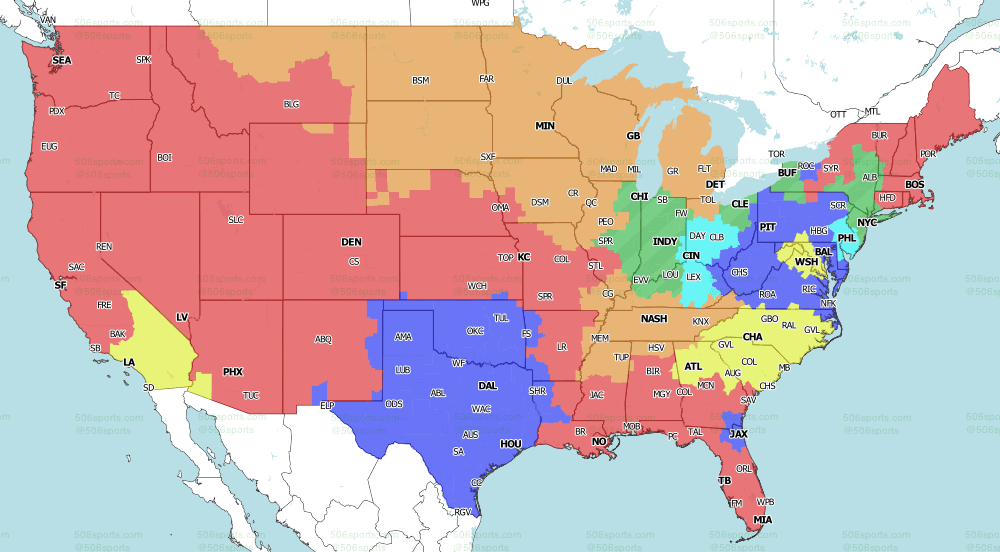 Getting the call on Sunday will be Kevin Harlan and Trent Green for the CBS crew.

The Colts are coming off of a big win against the Vikings in which their defense dominated their side of the ball. They could have similar success against a Jets offense that has struggled mightily to open the season.

The Colts and Jets are set to square off in Week 3 at Lucas Oil Stadium for a 4:05 p.m. ET start time.