Indianapolis Colts quarterback Carson Wentz made his debut with his new team in a 28-16 loss against the Seattle Seahawks at Lucas Oil Stadium on Sunday.

Even though the Colts went down early, the play calls from head coach Frank Reich leaned a bit too conservatively. Even down 11 points, the Colts stuck with the rushing attack despite that plan failing for much of the afternoon.

What was encouraging was the toughness Wentz showed. He took a pounding from the Seahawks front all day. The offensive line for the Colts wasn’t up to par at all, allowing three sacks and 10 quarterback hits on the day.

Head coach Frank Reich saw a lot of good from his quarterback on Sunday.

“I thought there was a lot of good,”  Reich said. “I thought he seemed comfortable. The operation seemed fine. It wasn’t a perfect game obviously. There were some mistakes. But we all make mistakes.”

But Wentz didn’t look like a quarterback afraid of contact. He showed off some mobility both inside and outside of the pocket despite taking hits all day.

Even though the Colts lost a pretty ugly game, the quarterback was one of the lone bright spots in the opener. 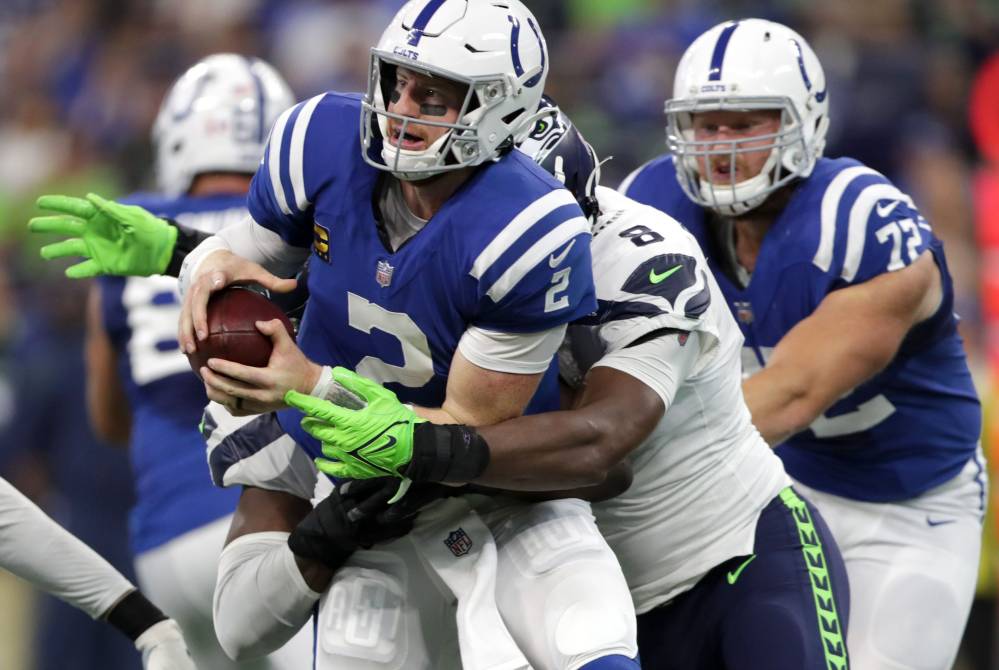