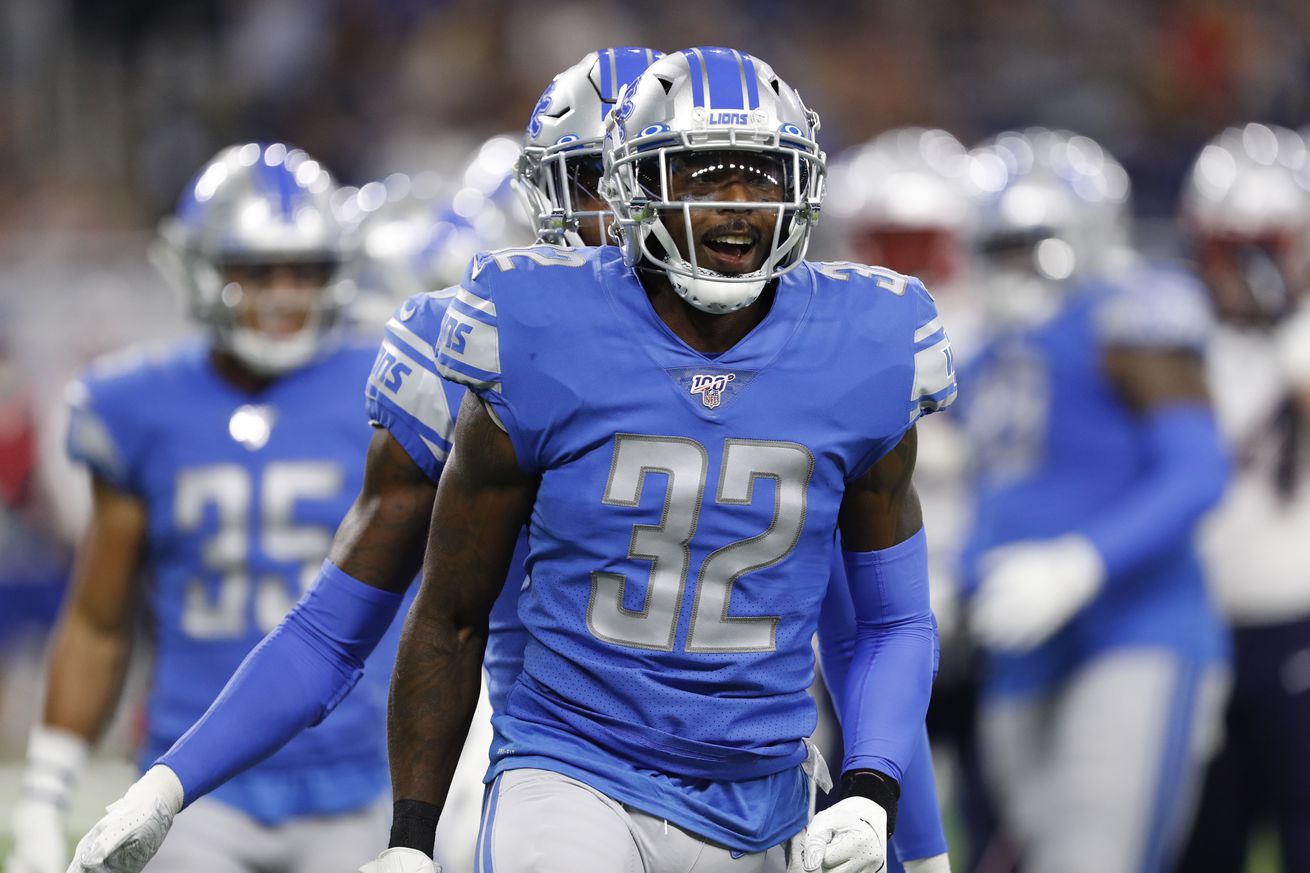 The Indianapolis Colts have made yet another signing here in August as they have brought in former Detroit Lions safety/linebacker Tavon Wilson to fill out the roster. Wilson was a former second round pick by the New England Patriots back in 2012. More recently, he started 13 games for the Lions this past season and played a big role in their secondary as the injuries began piling up.

In today’s film room, we will be looking at what Wilson brings to this secondary and why he is a good fit for what the Colts like to do with their defense.

98 tackles, 3 tackles for a loss, 5 pass deflections, and 2 fumble recoveries

With pick 48 in the 2012 NFL Draft, the #Patriots selected Tavon Wilson, FS, Illinois.

Wilson has struggled with injuries, but could return to his old role as swing S in 2019 pic.twitter.com/AXH8OltdBK

According to Pro Football Focus, Wilson lined up mostly in the box last season as either a down safety or as the weak side linebacker. This was a wise move by the Lions as Wilson looked extremely comfortable around the line of scrimmage compared to when he lined up deep. Here he makes a nice run stop in the backfield as the nickel backer. He blitzes hard off the edge and is able to locate the running back in the backfield for a loss on the play.

Safety play for the Colts in 2019 wasn’t spectacular but it wasn’t poor either. The weakest link was likely Clayton Geathers whose struggles in coverage and lack of athleticism really showed on game days. Wilson does fill a similar role as Geathers on a defense but Wilson is a much better athlete and (for the most part) takes better angles to the ball in pursuit. Here Wilson is lined up as a linebacker and is able to fly through the line of scrimmage for another tackle for a loss. Great recognition skills on this play to know where to attack on the stretch run.

Keeping the comparisons to Geathers going, they both really struggle from the deep safety position. I think the main reason is both are just so overeager to get involved in the action that it leads to poor angles and over-pursuit. As I mentioned in the last blurb, Wilson is much better in this area than Geathers but the issues do still pop up. Here he whiffs in the open field from his deep safety spot and the Packers’ running back is able to break free for a huge run. Safeties can’t miss tackles in the Colts’ defense.

Again though, keep him in the box and things are much cleaner. Some players are just better suited to play close to the line of scrimmage. Great pursuit angles aren’t absolutely necessary in the box and there is less of the field to read/see. Wilson again is able to make a play lined in close as he reads the screen with ease and is able to bring down star running back Aaron Jones for a short gain on the play.

I do want to reiterate though that he is a pretty solid athlete. Maybe not as rangy and fast as George Odum or Malik Hooker but he is quick coming downhill. This play is a beautiful run fill as he is able to cross the face of the blocking receiver and make the stop in the backfield for a loss. The Colts love to deploy three safety looks where the third safety lines up as a linebacker on passing situations to add more speed to the group. While Khari Willis will likely get a majority of these snaps, I like Wilson as a direct backup to that role as he is really comfortable around the line of scrimmage.

Last clip of run defense before we look at a few pass coverage snaps but man I do like Wilson in the box. The Colts primarily used Clayton Geathers in the box last year when he was on the field and I think that Wilson can step in and be an immediate upgrade to that spot from day one. He has the same level of aggressiveness and hit power as Geathers while playing at a faster speed and being a more sound tackler. Just looking at this signing as a comparison to what they had in Geathers last year, I do think this is an upgrade.

When it comes to pass coverage, there are some things to like despite Wilson being a bit limited in this area. He isn’t as rangy as you’d like a safety to be and I wouldn’t say he has great ball skills by any means. He does work well in zone coverage though which is a huge plus to coming over to the Colts’ defense. He does have good awareness of where his help is at all times like he shows on this play.

Here he is the overhang safety on the goal line as the Broncos spread it out. Wilson knows that there is a man on Courtland Sutton playing over the top so he carries the crosser as well but under cuts the route to make the throwing lane harder to hit. As the ball arrives, he is able to make a nice pass breakup to save the potential score.

Wilson is at his best in coverage when he can man up with a running back or sit in a zone near the line of scrimmage and attack in front of him. These factors along with his ability as a run defender all point to him playing a bit as the third safety and in the box in some passing down situations in 2020. This is a perfect example of his attack mentality when he is able to sit back and read what is front of him.

His man on this play is the running back out of the backfield who fortunately is running a wheel route right to where he is positioned. Quarterback Aaron Rodgers doesn’t even see Wilson as he lofts up a hospital ball to his receiver. Wilson breaks on the play and delivers a bone jarring hit to get the pass breakup. Wilson is a limited safety but he can be pretty good when allowed to attack on the field.

These last two clips show the limitations in coverage with Wilson. He is decent in straight up man-to-man but he can get caught at times overplaying the run and losing his assignment in coverage. It happens on both of these plays here and the result is a good chunk for the opposing offense. Luckily, the Colts are a heavy zone team so these issues may not be as persistent with his new team.

The signing of Tavon Wilson was necessary with the departure of Clayton Geathers in free agency, draftee Julian Blackmon recovering from an injury, and Rolan Milligan opting out. What I was pleasantly surprised to see though is that the Colts are getting a pretty solid player this late in the offseason to add to the team. Wilson is a limited player who has up and down games but he is a good run defender who isn’t a liability in coverage and can play special teams as well.

I also like that this signing not only gives the Colts depth at the strong safety position but also upgrades that spot from the backup who was here last year. Wilson shouldn’t get too many snaps over younger, better players like Hooker, Odum, or Willis but he is a stable veteran who can step in and play when needed. Adding that type of player at this point in the offseason is an absolute win in my book. I expect Wilson to make this team and make an impact as a reserve player and special teamer.