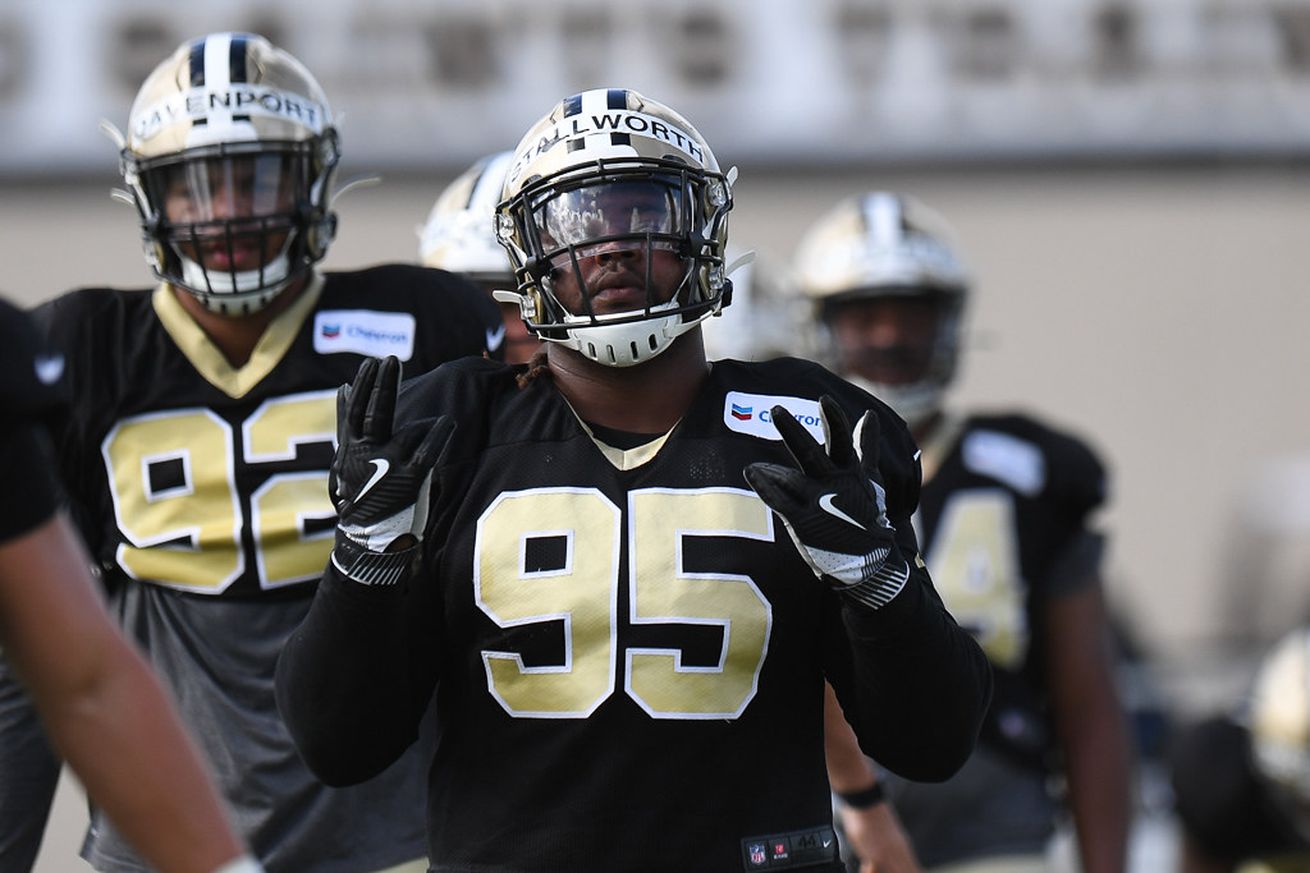 What does Stallworth bring to this Colts’ team?

The Indianapolis Colts made a signing late in the offseason as they added defensive tackle Taylor Stallworth on a one year deal. Stallworth is a two year veteran who has appeared in 18 games with the New Orleans Saints. For his career, he has tallied 16 tackles, 1 tackle for a loss, 1 QB Hit, and 1 Sack.

In today’s quick film room, we will be looking at five plays of Stallworth’s film to see what he could possibly bring to this Colts’ team in 2020.

Stallworth is a pure run stopper who can play anywhere on the interior from one technique to three technique. He is most effective though as the one as his lack of athleticism does hurt him a bit more split out wider. One thing that stands out from his game though is his balance even when facing double teams. He gets moved off his spot at times but he does typically stay on his feet and continues to fight for positioning to make a play. Here he overcomes the double team from Mark Glowinski and Ryan Kelly to make the tackle in the hole.

He plays with a good amount of power in his hands which is nice to see from a defensive tackle. Here he gets a good punch on Titans guard Rodger Saffold on the outside stretch run. Saffold gets good positioning on the play but Stallworth is able to keep his hands active and strong as he fights through the block to make the play for a short gain. His hands and power stand out early into his tape review.

Despite his poor testing numbers, I wouldn’t describe Stallworth as a poor athlete. Chris Ballard obviously wouldn’t go through the trouble to sign him if he was as bad of an athlete as he tested. While this isn’t me saying he is a great athlete by any means, I do think he has good enough quickness on the interior to make some plays. Here he is able to break through the interior double team with a good first step and get the tackle for a loss on the play.

Another good clip in run defense here as Stallworth wins at the point of attack. He stands up his guard early in the rep and is able to maneuver him however he wants. Once the running back gets near the hole, Stallworth quickly sheds the lineman and makes the tackle for a short gain. Stallworth is a very limited player but he does a few things pretty well. He stacks well on the interior and has good strength to shed blocks in run defense. Not bad for a mid-August signing.

Final clip here but we are digging back to Stallworth’s rookie season in the divisional round of the playoffs in 2018. Stallworth absorbs the block from All-Pro center Jason Kelce and effortlessly sheds it inside to make the play. He gets a good bit of help from the backside defensive end in knocking Kelce down but Stallworth’s strength played a part in tossing the star center. Again, I like Stallworth for what he is and I think he can be decent depth on this football team depending on what way they want to go with the roster.

Overall I think Stallworth is a decent player in this league. He is a better athlete than his combine numbers suggest and he is a pretty solid run defender. I came away fairly impressed with his strong hands and overall balance. My biggest concerns are that he doesn’t really offer anything in terms of a pass rusher and he gets moved off his spot a bit too easily for my liking.

When it comes to his chances of making the roster, it all comes down to preference of the Colts coaching staff. If the Colts want their final defensive tackle spot to be a smaller pass rushing type, then they should go Robert Windsor. If they want more of a run stuffer and more depth at the 1-tech spot, then they should go with Stallworth. I think either way though Stallworth will be with this team in 2020 either on the roster or through the Practice Squad.