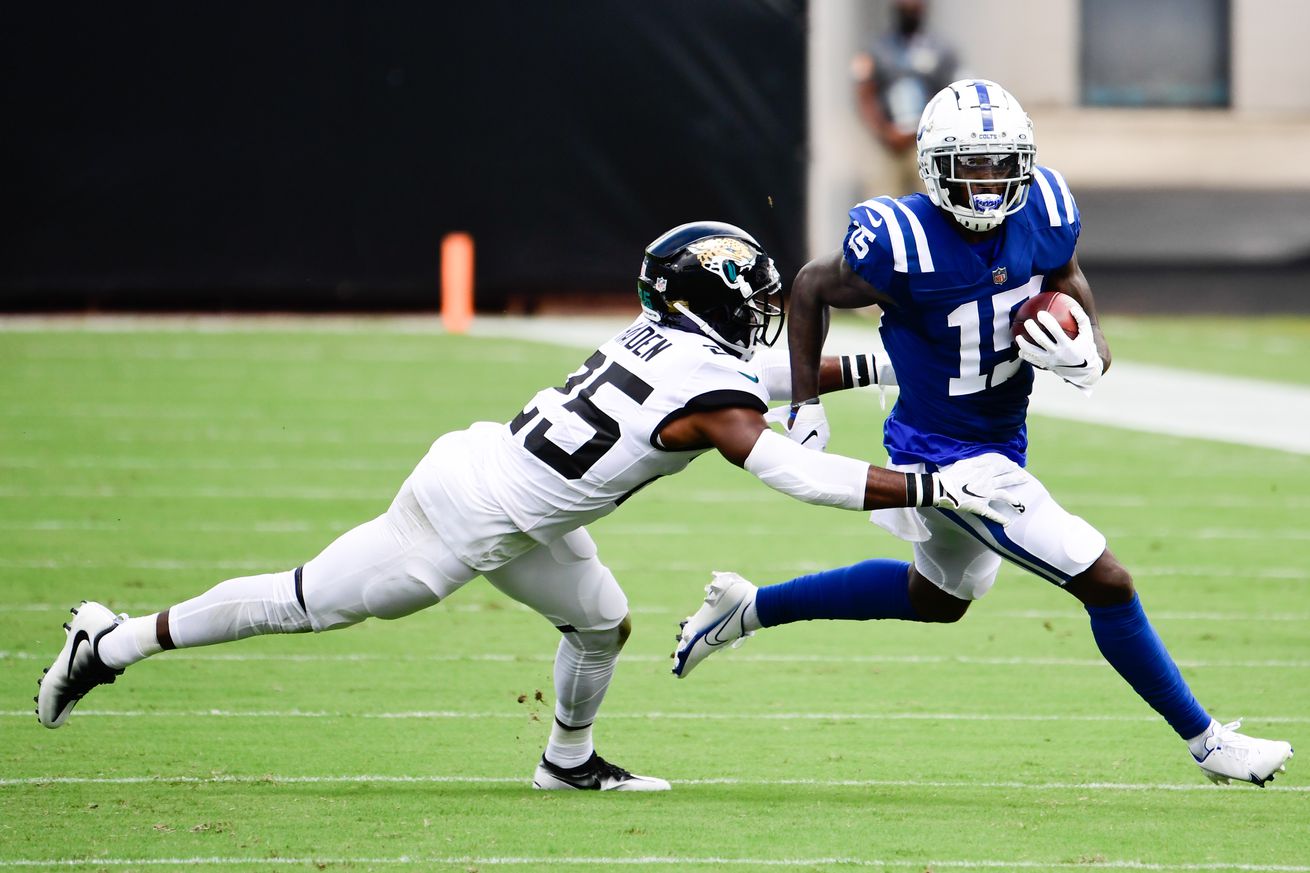 “Hold on, hold on, the NFL season started already?! I need help with my fantasy team, ASAP!” Don’t worry, we got you covered on the week 1 waiver wire, here.

Wait, what? The NFL season started already? I guess that means it’s time for some fantasy football, then.

If the season crept on you with little notice, you’re not alone. With the lack of a normal off-season, followed by an axed pre-season, it’s been difficult to prepare for the 2020 football year.

Regardless, the sport goes on and fantasy football waits for no one—so let’s get started on how you can salvage your desperately, drowning team or expand on your inexplicably stacked one after one week of action.

% owned is based on Yahoo Fantasy Football

Cam Akers was the expected lead back for the Rams and even started out the game against the Cowboys but that didn’t last long. At least for now, Malcolm Brown has taken over the duties of the Rams’ go-to running back. He finished the game with 79 rushing yards, 2 touchdowns and 31 receiving yards on 3 catches. He will be a nice play for the first part of the season, before Akers finally finds his footing and takes over.

Campbell had a near disastrous rookie season, in 2019, and hopes for his sophomore outing were a bit mitigated because of it. Yet, he looks ready to have a breakout campaign in 2020. He is clearly a favorite of Philip Rivers, having a team-leading 9 targets on the day, while making the Jaguars corners look silly with the type of separation he was creating. He should be able to take more of those routes to the house as the season progresses and he might even end up as the best receiver in the blue and white by the end of it.

Hines was a big part of the Colts offense from the get-go, even before Marlon Mack went down with an injury. Now, I don’t expect his usage to shoot up with the injury, Jordan Wilkins and Jonathan Taylor will be the benefactors in that regard, but Hines is going to be thoroughly involved regardless. He had 2 touchdowns, on 15 touches, this past weekend and while that won’t be a weekly occurrence, Phillip Rivers is a fan of the check-down and Hines will be his Darren Sproles/Austin Ekeler type receiver—and we know how productive those guys were.

Sure, the James Conner injury doesn’t seem to be a long-term issue but, at this point, we know that Conner has an unfortunate habit of hurting himself. On top of that, Snell had a great camp, shed some weight and looked more explosive during the Steelers Monday Night Football debut, in which he ran for 113 yards on 19 carries. Snell will be a great play while Conner is out and should even have FLEX appeal when he’s back. Roster Snell and watch him save your RB2 or RB3 spot for the rest of the year.

Thomas has an appealing athletic profile and has now spent a few years transitioning over from quarterback to tight end. He is also part of an offense that lacks playmakers, outside of Terry McLaurin, and is the unquestioned starter on his team. He has all the aspects of a player that could have a huge year, even though his name might have been relatively unknown before the start of it. He finished with 8 targets, 4 catches, 37 yards and a touchdown on Sunday. I expect him to continue to fill the stat sheet for the rest of the season.

The Miami backfield is a tough one to figure out and an even more worrying one to invest in. Still, some of us are at a point where we are desperate to find that golden ticket player, and Gaskin just might be that guy. Jordan Howard left with a hamstring injury but came back in the game—ultimately, he only participated in 9 snaps. Matt Breida was able to come in on 14 snaps but Gaskin led the way with 39—where he had the most carries, with 9 and also saw 4 targets in the pass game. The Dolphins were playing an elite defense, in New England, and had a hard time moving the ball, something they won’t have to worry about every week and which should allow their offense to have more scoring opportunities—equaling more chances for Gaskin as well. Gaskin has a chance to really run away with the starting job, if he continues to get touches and uses them efficiently. He might be more of a flier pick, but I really like his upside and would take him if you’re really hoping to find a player that could be a potential fantasy savior.

This is one I’m not as adamant about but may be an interesting risk if you’re unable to grab any of the other players. Le’Veon Bell is expected to miss a couple of weeks with a hamstring injury and this is completely dependent upon if La’Mical Perine can go in week 2, with a low-ankle sprain. Frank Gore will probably get a bulk of the carries, in the interim, but Adams showed some ability to contribute in week 1. He saw 2 carries for 8 yards and a touchdown and also saw some pass game action, with 2 targets for 2 catches and 14 yards. Keep an eye on the Bell and Perine injury situation and, if you’re desperate for a FLEX, you can pick up Adams to fill that spot for you.