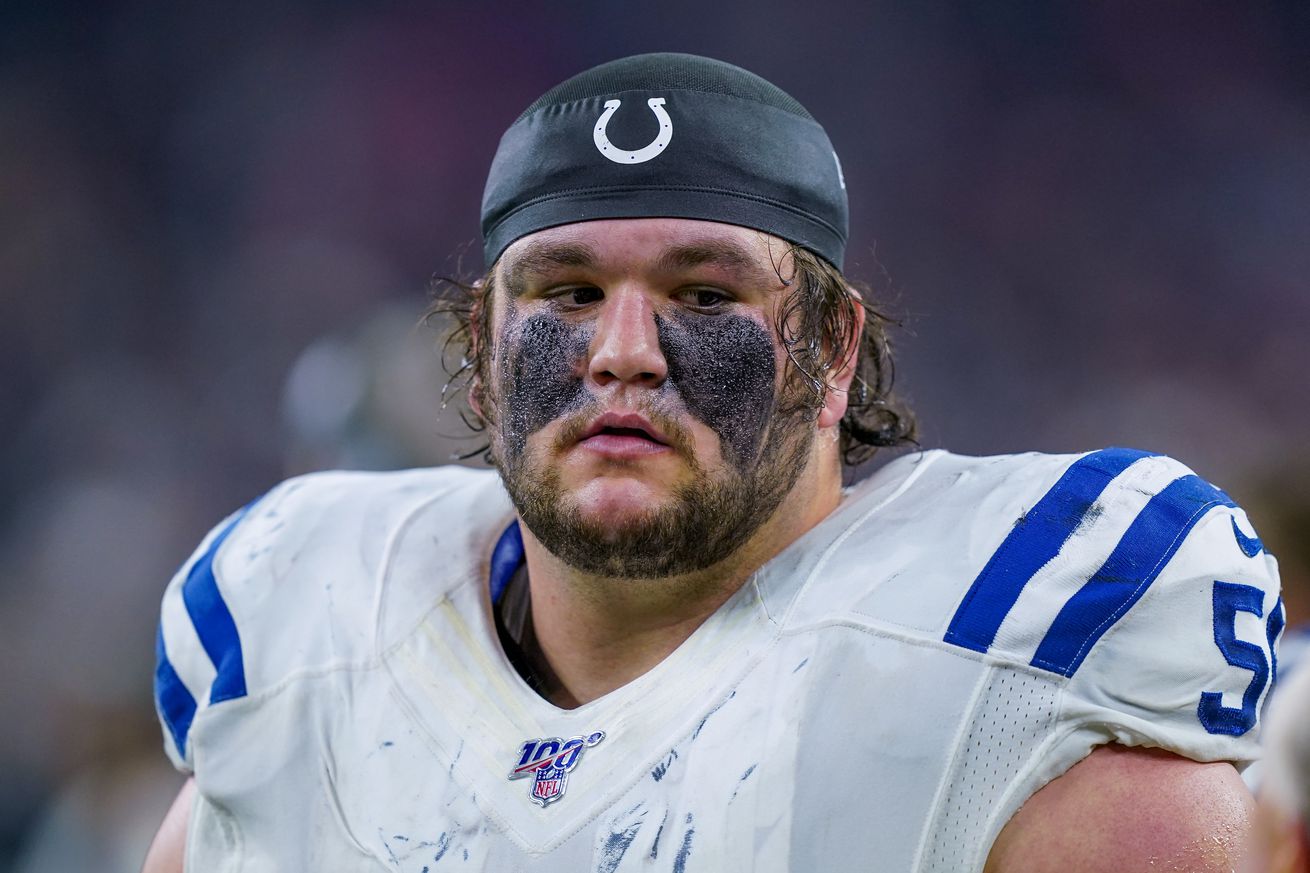 According to ESPN contributor Scott Spratt (subscription), the Indianapolis Colts rank 17th best among all of the NFL’s teams in ‘Under-25 Talent’:

Last year’s No. 2 team in the under-25 rankings suffered a worse fall than even the Browns, landing in the middle of the pack at No. 17 and without even 30-year-old Andrew Luck’s retirement to blame. Well, that might not be completely true. Luck’s absence might well have stunted the development of their young skill talent including Marlon Mack, Nyheim Hines, and Parris Campbell, although hamstring and hand injuries would presumably have derailed Campbell’s rookie season in either case. It definitely affected the team’s linemen. After incredible rookie seasons with just five and 12 blown blocks, Quenton Nelson and Braden Smith saw their totals balloon to 15 and 44 in their sophomore seasons, that second number being tied for the league high of all linemen. Some of their decline was likely regression, but I suspect more came as a result of the quarterback switch. One of Football Outsiders’ core tenets is that quarterbacks have more control and linemen have less control over sacks than the conventional wisdom, and according to Next Gen Stats, Jacoby Brissett on average took 2.93 seconds to throw, second-highest in football and 0.30 seconds more than Luck took in 2018.

Nelson’s 1.5% blown block rate does not rob him of his blue-chip status. It was still good enough to earn him his second All-Pro distinction in as many seasons. But where the Colts had four clear blue-chip players under 25 years old a year ago, Nelson is the only obvious choice in 2020. Smith suffered his precipitous fall. Darius Leonard graduated. And while safety Malik Hooker continued to draw respect from opposing quarterbacks, seeing just 17 passes thrown his way over 13 starts, he does not seem to have that same respect from his own team. The Colts declined his fifth-year option for 2021 and drafted his potential replacement in Julian Blackmon in the third round, perhaps motivated by Hooker’s 29% coverage success rate on those limited targets.

That negativity explains the Colts’ fall from the top 10, but it might also overstate the declined circumstances of a franchise that continues to effectively straddle the line of likely current and future competitiveness. Even though their trio of effective running backs remains shy of 25 years old, the Colts drafted Wisconsin back Jonathan Taylor, who has the highest BackCAST forecast in the history of the projections. He has yet to show the same receiving ability that his closest rushing comps Saquon Barkley and LaDainian Tomlinson did, but Taylor can propel an already diverse backfield into one of the best in football. With his 6-foot-4 and 223-pound size, rookie receiver Michael Pittman should complement a receiver group with the faster veteran T.Y. Hilton and quicker sophomore Campbell playing out of the slot. And on defense, the Colts retain multiple under-25 starters even with as many graduates. Linebacker Bobby Okereke showed promise in coverage in his rookie season and has a ceiling as a three-down starter next to Leonard. Strong safety Khari Willis had a productive rookie season as well despite dealing with the off-field stress of the premature birth of his twin sons. And slot corner Rock Ya-Sin allowed a miniscule 7.5% broken tackle rate to prop up a run defense that tended to struggle with the 19th-ranked efficiency against the run.

At first glance, this ranking seems too low.

Yes, the Colts ‘graduated’ some top 25 year old players such as Darius Leonard and Kenny Moore (who will turn 25 by the September 1st cut-off), but still have other under-25 blue chip players such as Braden Smith, Bobby Okereke—both of whom recently made NFL.com’s ‘All-Under 25’ team earlier this offseason along with All-Pro Quenton Nelson—but the pair’s strangely omitted in the current ‘blue-chip’ players criteria above.

Those young players coupled with the likes of Rock Ya-Sin, Khari Willis, Kemoko Turay, Malik Hooker, and top rookies Jonathan Taylor and Michael Pittman Jr., and yes, it appears that the Colts should be higher than around a league average ranking (plus other young players like Ben Banogu, Parris Campbell, or Marvell Tell could still impress further down the road).

Also, if you’re going to list wideout Zach Pascal as a key blue chip graduated player, then you also have to include running back Marlon Mack (24) as a current one, who rushed for over 1,000 yards last season. It was still an impressive feat regardless if it was behind Indy’s dominant o-line.

The Colts appear to have been slighted in this ranking, but it wouldn’t be the first time this offseason.

Simply stated, there’s a great opportunity for the Colts’ young studs to prove this ranking wrong in 2020—like a lot of others.