The Eagles will interview Colts offensive coordinator Nick Sirianni for their head coaching vacancy on Tuesday, a source tells Adam Schefter of ESPN.com (on Twitter). Sirianni is a logical candidate for the Birds, who are looking for a coach that can get Carson Wentz get back on track. 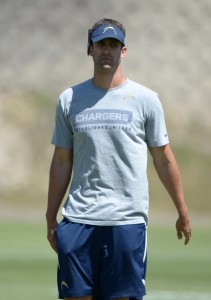 Sirianni, 39, spent five years with the Chargers before joining Frank Reich‘s Colts staff. The young OC guided the Colts through their transition period after Andrew Luck‘s retirement and kept things afloat in 2020 with Philip Rivers under center. Under Sirianni’s watch, Rivers completed 68% of his throws for 4,169 yards with 24 touchdowns against eleven interceptions. The Colts went on to make the playoffs, though they fell to the Bills in the Wild Card round.

The Eagles have cast a wide net in this cycle, as shown in PFR’s 2021 Head Coaching Search Tracker: