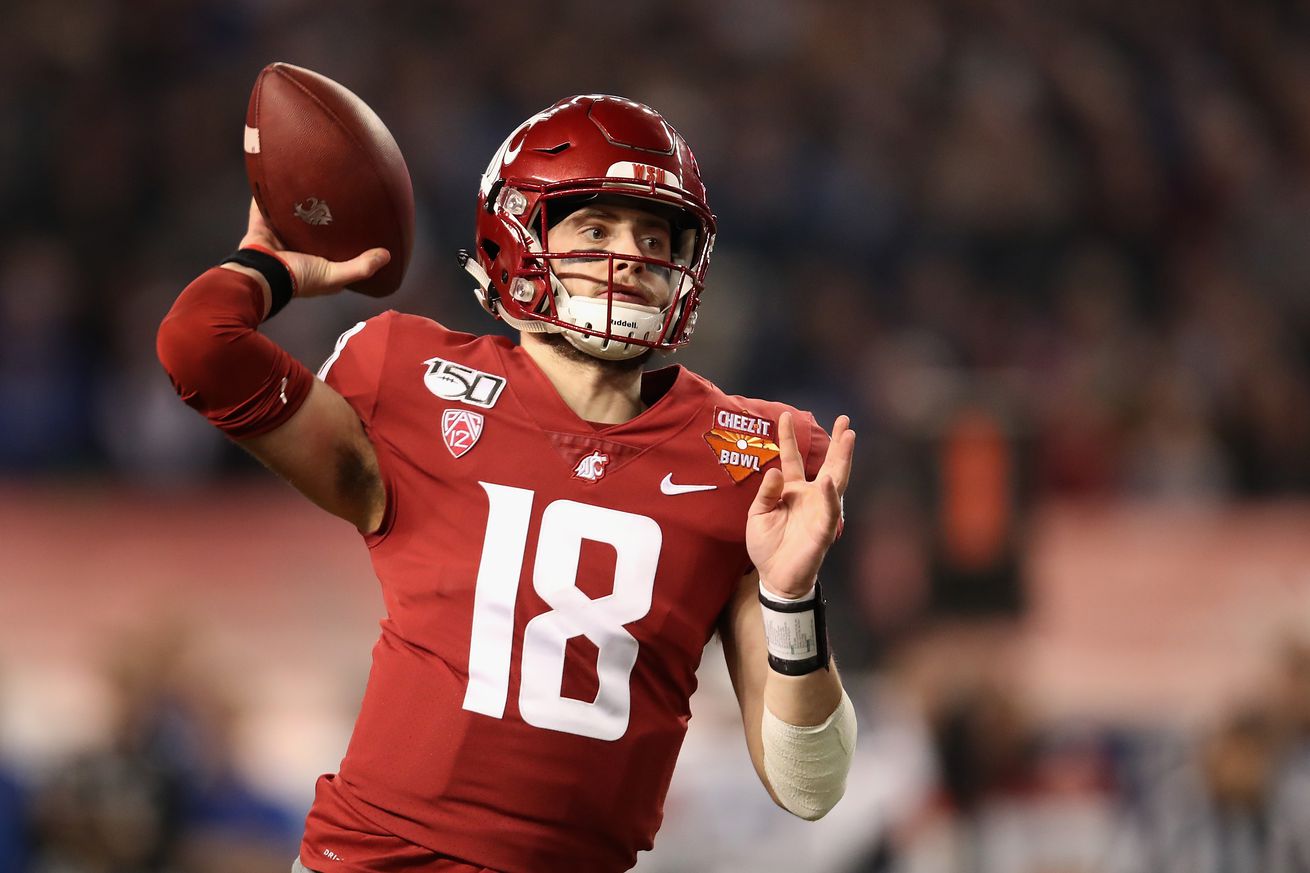 According to NFL.com’s Gil Brandt, the Indianapolis Colts—and specifically general manager Chris Ballard could ‘take a later shot’ on a rookie quarterback such as Washington State’s Anthony Gordon in the upcoming NFL Draft:

Knowing Chris Ballard he has eye on somebody and ain’t showing his cards. Probably don’t have the firepower to move up for a guy like Love. I see them taking shot later, on a guy like WSU’s Anthony Gordon. Chris is one of the more savvy GMs when it comes to evaluating CFB players https://t.co/VXSBlBMzHt

He also had the most pass completions and attempts last season in all of NCAA Division I football this past season.

While he was inconsistent in Senior Bowl practices, Gordon really shined during the actual Senior Bowl game.

It’s the same college quarterback system that between Leach and his coaching disciples has helped produce the likes of Minshew, as well as Patrick Mahomes, Baker Mayfield, Jared Goff, and Kyler Murray (and to a lesser extent, Case Keenum)—at the NFL level.

The former two-sport athlete, who was selected by the New York Mets in the 36th round of the 2015 MLB Draft as a pitcher, has an incredibly quick release as a quarterback.

His throwing mechanics are incredibly efficient, and he shows exceptional anticipation on open reads as well as composure in the pocket.

The biggest knocks on Gordon right now are that the ‘Air Raid’ system inflated his numbers into being better than he actually is, and that he possesses nothing more than an average arm—at times lacking zip on his throws—which will only be exasperated at the NFL level.

That being said, Gordon—along with Oklahoma’s Jalen Hurts and Washington’s Jacob Eason is considered one of the best ‘Tier 2’ quarterbacks in this draft class and may even go a round or two later than some of his quarterback peers—as a 4th or 5th round pick.

Of course, the Colts, with 38 year old veteran starter Philip Rivers in the fold, could use a long-term answer at the quarterback position. Gordon could serve as a developmental backup quarterback for the Colts—learning behind Rivers for a year or two, before fully taking over the starting duties in time.

His lack of arm strength is concerning, but Gordon’s quick release, anticipation, and composure in the pocket—while putting up some really impressive numbers, at least makes him worthy of consideration for being a top backup NFL quarterback (and there’s definite value in that)—with the chance to be an impact NFL starter down the road:

Absolutely. If there’s one late-round QB I’d take a chance on, it’s Anthony Gordon. Not a lot of juice behind his throws, but he’s accurate and has excellent anticipations skills to makeup for his arm strength deficiencies. https://t.co/yWTrO1rMcv