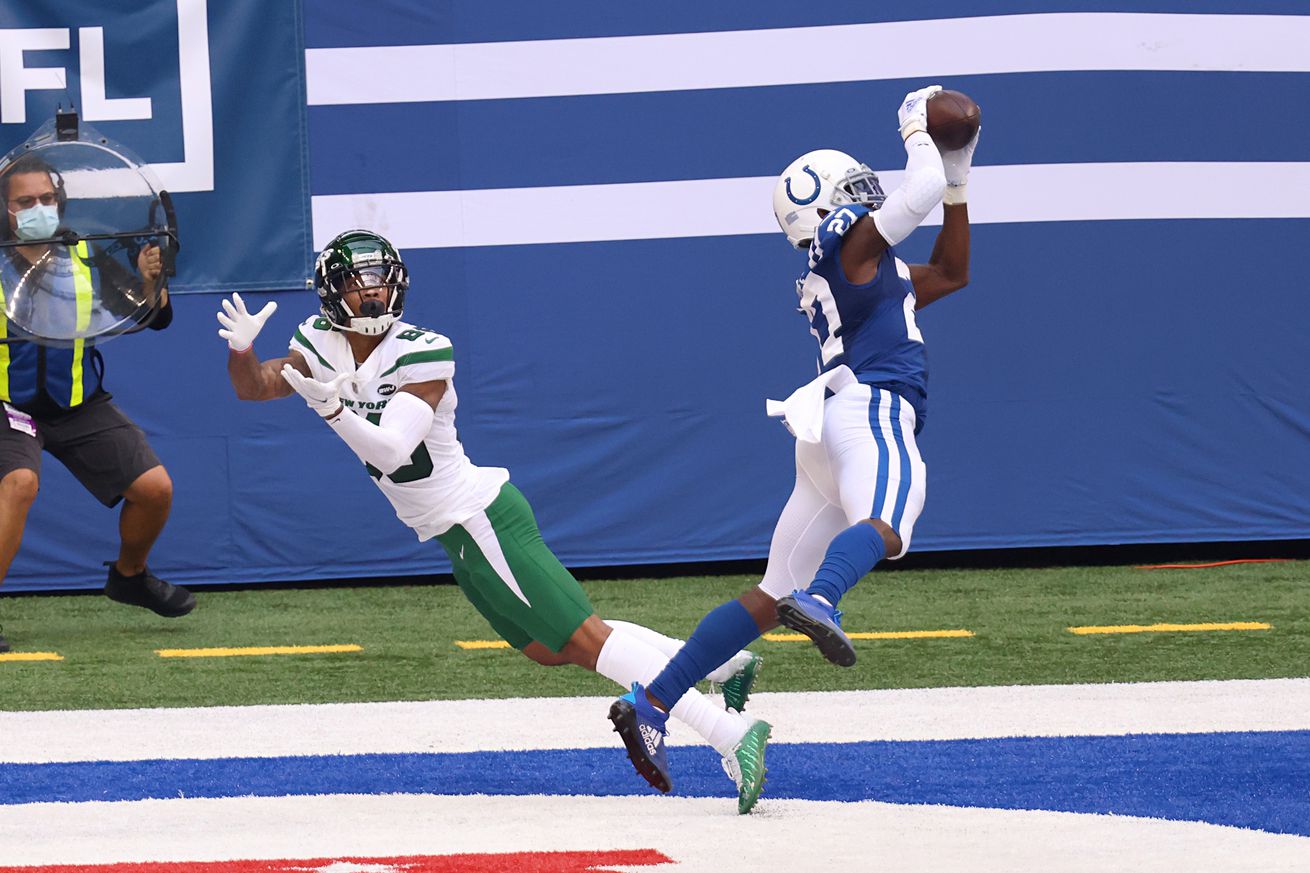 The Colts came out week three and put a definitive beatdown on the New York Jets, carrying their record to 2-1, and continuing to look like a tough out in the AFC South. There were some really great individual efforts, some things to be excited about, and some remaining concerns to address in this outing. Let’s get into the winners and losers from week 3.

On defense it is tough to get better than being personally responsible for a 14-point swing, but that’s what Xavier Rhodes did on Sunday. He jumped a route to make an interception and took it to the house for 6 just a minute and a half into the game.

I’ve never been happier to have the refs screw up a PI call just a couple plays before#NYJvsIND#ForTheShoe#Colts#TakeFlight#Jets#ItTakesAllOfUs pic.twitter.com/vuge6i5Stq

With the score at 7-17 and the Jets in the red zone with 5:30 left in the first half, he did it again. Darnold throws what could be a touchdown pass, only to have it snatched out of the air by Rhodes for a touchback. While Rhodes hasn’t looked like his younger self entirely and has had a few miscommunications, there is no doubt he made a huge impact in this game.

No one needed a big week more than T.Y. Hilton did. His first two weeks have been rough, with several critical drops hounding him. Those are highly uncharacteristic of T.Y., so it seemed likely that it was just a matter of time before he was able to right the ship, and the Jets let him find that rhythm again. Hilton didn’t go wild, the Colts were too focused on the run game for that to be possible. However, he had 3 catches on 3 targets for 52 yards, and looked like his old self. Getting T.Y. back to normal will be a key for this offense if they hope to be successful down the stretch.

One of the biggest questions for the Colts this offseason was with regard to their depth at cornerback. Anyone who watched them closely saw this as a serious issue that really didn’t get addressed significantly enough. One of the offseason additions was T.J. Carrie. Carrie primarily has played out of the slot, but with Rock Ya-Sin out sick and Kenny Moore locking down the slot role, Carrie was called into action on the outside. He made his first pick last week against the Vikings, and followed it up this week with a pick-six at the end of the 3rd quarter that all but sealed the game for the Colts. When you get that kind of production from depth, you’re doing things right.

The Colts brought Justin Houston in almost exclusively to impact opposing quarterbacks. That is exactly what he’s done. He had 11 sacks in 2019, and through 3 games in 2020 he has 2.5 more. In this game, Houston’s sack came yet again in the end zone, where he was able to force a safety. The defensive line struggled to bring Darnold down all day, bouncing off him frustratingly often, despite getting good pressure. But Houston finally found home, and did so in a way that both generated points and took the ball away. It is tough to ask for more than that.

Early in the game, the Colts defense really struggled to impact Darnold. Xavier Rhodes’ pick six put them in a good spot, but they could not seem to stop the Jets offense from moving the ball, and the defensive line couldn’t finish off plays and take Darnold down. It was Kenny Moore, the 190lb cornerback who finally managed to make that happen. His proficiency at tackling in the open field is just incredible, and he closed quickly on Darnold to come up with a big sack when the game was still relatively close.

Philip Rivers crossed some big milestones in this game. He threw his 400th career touchdown, putting him in rarified air with the greats such as Manning, Brady, Favre, Brees, and Marino. More importantly than record books, Rivers looked solid, making accurate, on-time throws and distributing the ball well, although he did so against an awful secondary. The Colts leaned heavily on the run, with 31 rushing attempts to their 25 passes. Though he wasn’t statistically impressive, Rivers’ 17/21 with a touchdown was the kind of game they needed from him, and helped propel them to a big win.

Through three weeks we are really starting to see the work Chris Ballard has been doing on this roster paying off. His free agent signings this offseason accounted for two touchdowns and 3 picks. The defense he’s built leads the league in interceptions, is 6th in sacks, and has allowed the fewest total yards through 3 weeks. Their schedule has been favorable, there is no doubt. This is not the best defense in football. However, it has been clear through 3 weeks that Chris Ballard has built a team that can win in a variety of ways. That is exactly the kind of team they need to be if they want to be successful over the long haul.

In a lopsided win it is tough to find a true “loser.” The closest thing might be the Colts offensive line. Through 3 weeks this line simply hasn’t looked like the dominant force it did in 2018 and 2019. They haven’t been blowing open massive holes to run through, and seem to have struggled against some pretty underwhelming defenses. While they haven’t been perfect, they still helped usher in a run game that racked up 119 yards, and didn’t allow a sack. In fact, the team has only given up 3 sacks on the season, one of which was on the dreadful Jacoby Brissett “gadget” play. They need to improve to be back at their previous levels, but if that is the Colts’ biggest issue, they’ll take it.